10 years after Curiosity landed on Mars, everything we have learned since then from the red planet 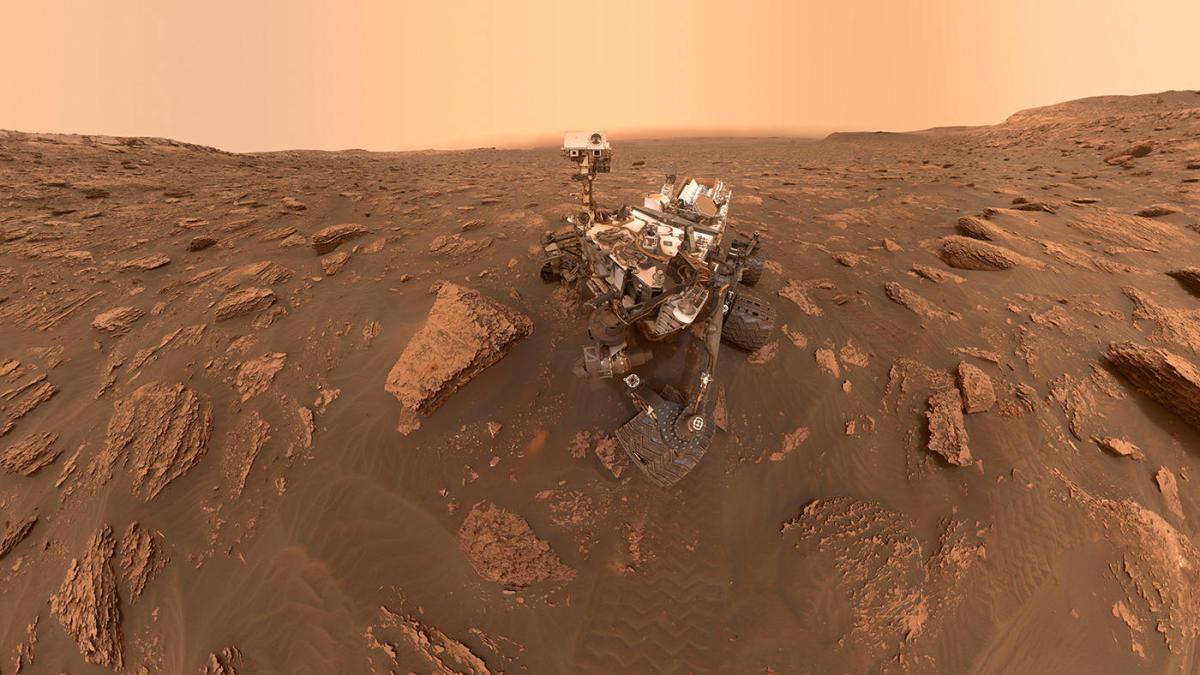 NASA’s Curiosity rover successfully carried out a very difficult landing on Mars on August 6, 2012, transmitting images back to Earth after traveling hundreds of millions of kilometers through space to explore the Red Planet.

“This is an impressive achievement. The engineering was impeccable”said Scott Hubbard, who was the first director of the Mars program at NASA headquarters.

The Curiosity, which cost $2.6 billionmade its dramatic arrival on the Martian terrain in a show popularly known as the “seven minutes of terror”. This amazing landing process, involving a crane and the world’s largest supersonic parachute, allowed the craft carrying the rover to head for the landing zone.

On his first day on the Red Planet, he had the important task of raising his high-gain antennawhich allowed it to communicate directly with Earth at higher data rates.

During its decade of exploration, Curiosity has traveled from Gale Crater to Mount Aeolis (colloquially called Mount Sharp). Since then, he has found numerous proofs of the existence of water and geological changes in the past, as well as changes in the climate.

Contents hide
1 Curiosity’s primary goals and findings
2 Failures that Curiosity has experienced in these 10 years
3 The new rover: Perseverance

Note that this is part of NASA’s Mars Science Laboratory mission, whose main objective is to find life on Mars. However, this is too general.

According to NASA, Curiosity has four scientific objectives. These are closely related to each other.

For example, in December 2013, NASA determined that radiation levels measured by Curiosity were manageable for a future manned mission to Mars and in early 2018, it sent back images of crystals that could have formed from ancient lakes on Mars.

also found remains of organic molecules preserved in 3.5 billion year old rock layers and that the amount of methane in the Martian atmosphere varies with the seasons.

During the last year of its journey, Curiosity has observed that water-rich clay gives way to a transition zone filled with saline sulfate. Scientists now believe that these features mark where streams dried up and the typical Martian sand dunes formed. This means that climate change has also affected their land.

Without going any further, in this same year, the rover has delighted us with some images such as a perfectly carved door in the Martian landscape, a face-shaped cliff or two delicate formations that defy gravity and that rise from the surface of Mars.

Failures that Curiosity has experienced in these 10 years

Everything has not always been positive for this rover and we have been minutes away from losing it forever. This, six months after landing had a dangerous computer glitch that put the rover just an hour away from losing contact with Earth forever, as revealed by NASA in 2017.

Another small glitch in 2016 briefly halted science work, but the rover quickly resumed its mission. In the months after the landing, NASA noticed that damage to the rover’s wheels was showing up much faster than expected. That’s the surprise we got at the end of last year.

Even so, it is stated that the damage is unlikely to generate an irreversible problem, since they pointed out that tests on the ground show that, in the worst case, the rover can drive with the tires on its wheels if necessary.

On July 30, 2020, NASA launched its new rover to the Martian surface, which landed without major problems on February 18, 2021.

For NASA, the arrival of a new one on Mars was a new opportunity to strengthen its leadership position against other powers that have strongly joined the space race.

In the video below, Tyler Del Sesto, rover driver and strategic route planner at NASA’s Jet Propulsion Laboratory, explains how Perseverance uses its self-driving intelligence to move safely across the Martian surface.

One of the great advantages over previous NASA rovers, such as Curiosity, is that Curiosity is able to process and analyze images captured while driving, allowing it to complete trips more quickly than its predecessor. NASA defines the Perseverance system as a vehicle with the ability to think while driving.

For more complex routes or driving maneuvers, the team will put on 3D glasses and examine the nearby terrain more closely as the rover moves forward.

19 years ago we experienced one of the worst Windows viruses: this was the Blaster apocalypse