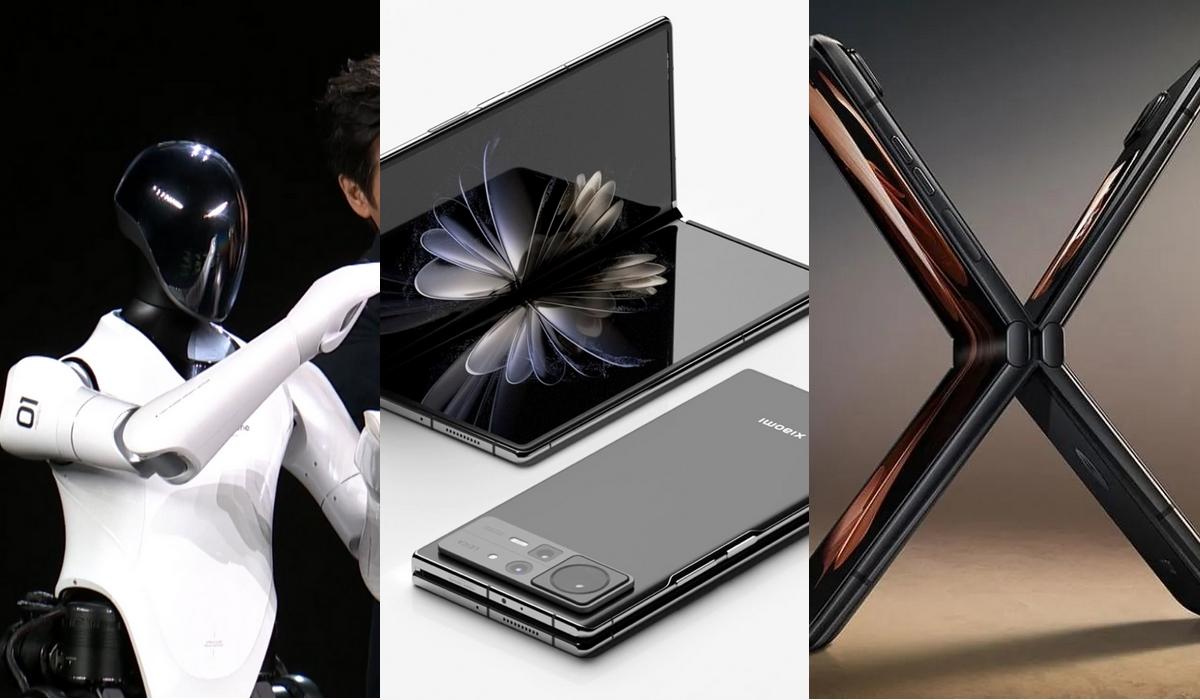 Xiaomi presented yesterday the Xiaomi MIX Fold 2 folding mobileas well as a giant tablet of almost 13 inches, some headphones, and a watch. There was no lack of curiosities in the form of 2 story washing machine Y the CyberOne humanoid robot.

It’s so hot in the UK iPhones are melting. Apple has had to release a statement explaining that the iPhone should not be used in ambient temperatures of more than 35 degrees. When have we come down from that in Spain this summer?

First it was TikTok, and now Spotify also signs up for concert ticket sales directly from the app.

Microsoft emoji become open source for anyone who wants to modify them. read the news

Warning to iPhone users about high temperatures not to be ignored. read the news

They hack the Pixel 6a to make its screen run at 90Hz, just like its big brother. read the news

Xiaomi Mix Fold 2, the ultra-thin folding mobile, debuts with a huge 13-inch tablet, headphones and a smartwatch. read the news

One day it took the Flip 4’s direct rival to arrive, this is the Motorola RAZR 2022. read the news

Intel Arc in 50 games vs NVIDIA RTX 3060, the result is not what we expected. read the news

If you plan to learn programming, this online course is probably the best way to start from scratch. read the news

19 years ago we experienced one of the worst Windows viruses: this was the Blaster apocalypse. read the news

How to use advanced copy/paste in Word, saving up to 24 elements. read the tutorial

Rates that will save you hundreds of euros and that the big electricity companies hide, according to the OCU. read the news

Camping or in a caravan? This is how Polish campers wash their dishes if you don’t have running water. read the news

Netflix bets again on the fantastic Spanish with its new series Alma, is there something after death? read the news

In opposite directions: Disney + explodes in new subscribers and overtakes Netflix, a company in low hours. read the news

How to know if my car can circulate in Madrid in 2022. Read the news

A family spends more than 48 hours lost in the middle of nature, without water or food, because of Google Maps. read the news

The Google Maps map that shows you the invisible speed cameras legally and for free. read the news

Tesla’s Semi electric truck would be getting closer to hitting the roads. read the news

The simple trick with which you can improve your memory and learn faster. read the news

Xiaomi launches a double-decker washing machine that washes different types of clothes separately and can dry and wash at the same time. read the news

Finally a robot that manages to do something useful: assemble IKEA furniture. read the news

We have good news for AirPods Pro owners.