45 phones that will be updated to Android 13 in December 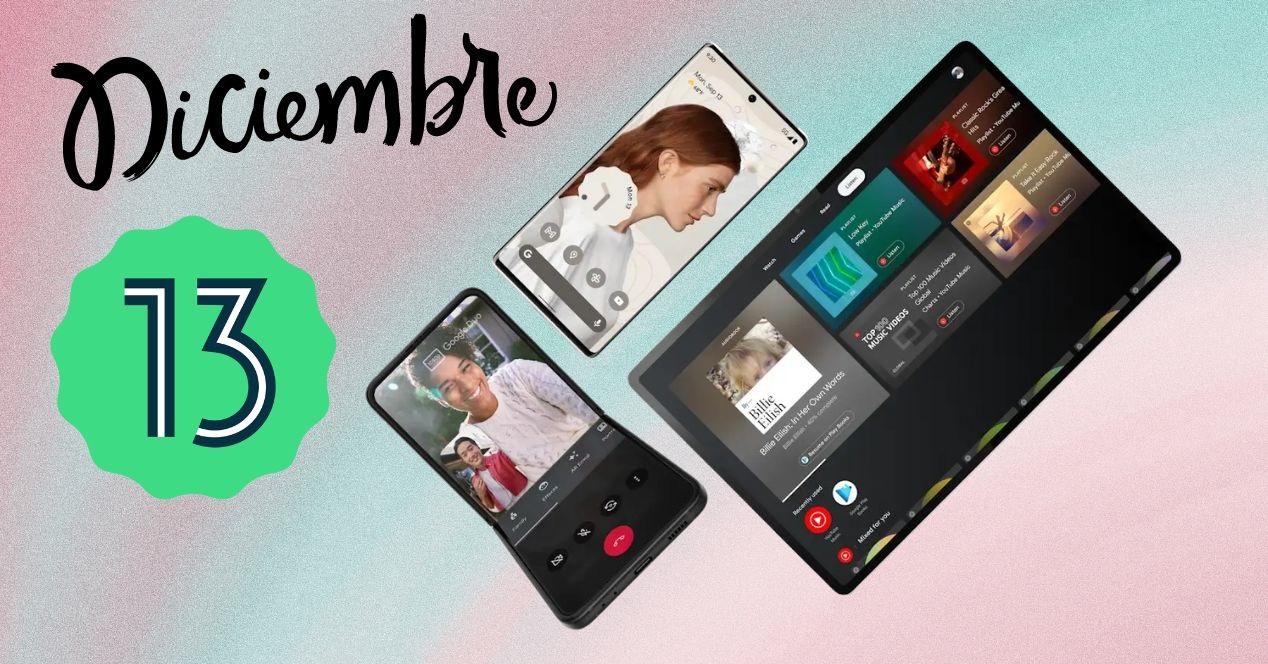 Share
Facebook Twitter LinkedIn Pinterest
For this reason, we comment on the models of the different brands that are going to receive the desired update to Android 13 this month. Although we would not like all devices to be as fast as the Google Pixel, unfortunately in some cases we will have to wait weeks or months.
Contents hide
1 OPPO phones that will be updated
2 The Samsung Galaxy to update December
3 Xiaomi will also bring Android 13 this year
4 Realme is also updated to Android 13
5 Vivo Smartphone waiting for news
6 Other brands that are going to update to Android 13

OPPO phones that will be updated

OPPO shows us as a calendar how the update ColorOS 13 has reached its Reno 8 series, the most premium offer of the company. It will first reach high-end smartphones and then mid-range and entry-level ones. Among the lucky ones we find the OPPO Reno7 or the OPPO Find X3 that were still waiting.


A month full of news for these smartphones:

From December 15 will be updated:

Yes indeed, these dates may vary and postponed in several cases, since the beginning of the updates usually occurs in India and later make the leap to Europe. If you are not lucky enough to find Android 13 on the day that appears on the calendar, all you have to do is wait a few more days.

The Samsung Galaxy to update December 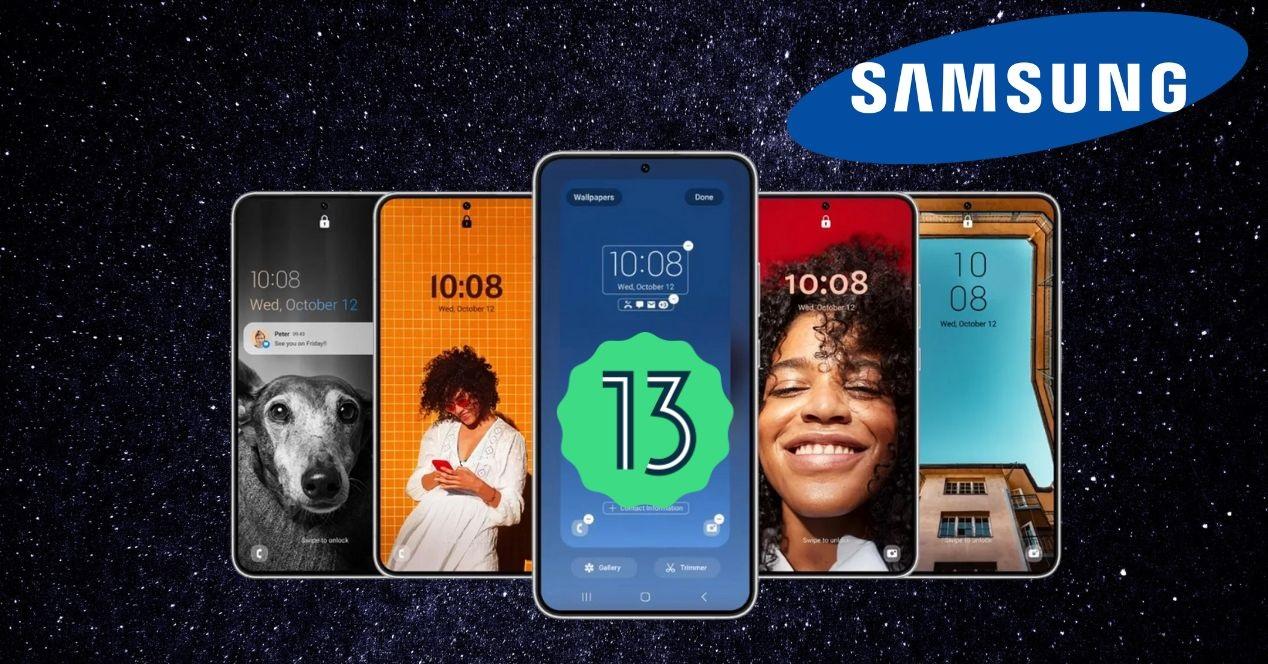 Samsung’s plans happen because the new phones that will be updated throughout this month are the following. A list that is quite extensive, I have important, keeping in mind that today there are already many smartphones that have Android 13 and One UI 5.0 on board.

Next year other brand models such as the Galaxy A23, Galaxy A13 and Galaxy M12 will be updated. More modest terminals, but which will still have the latest software. 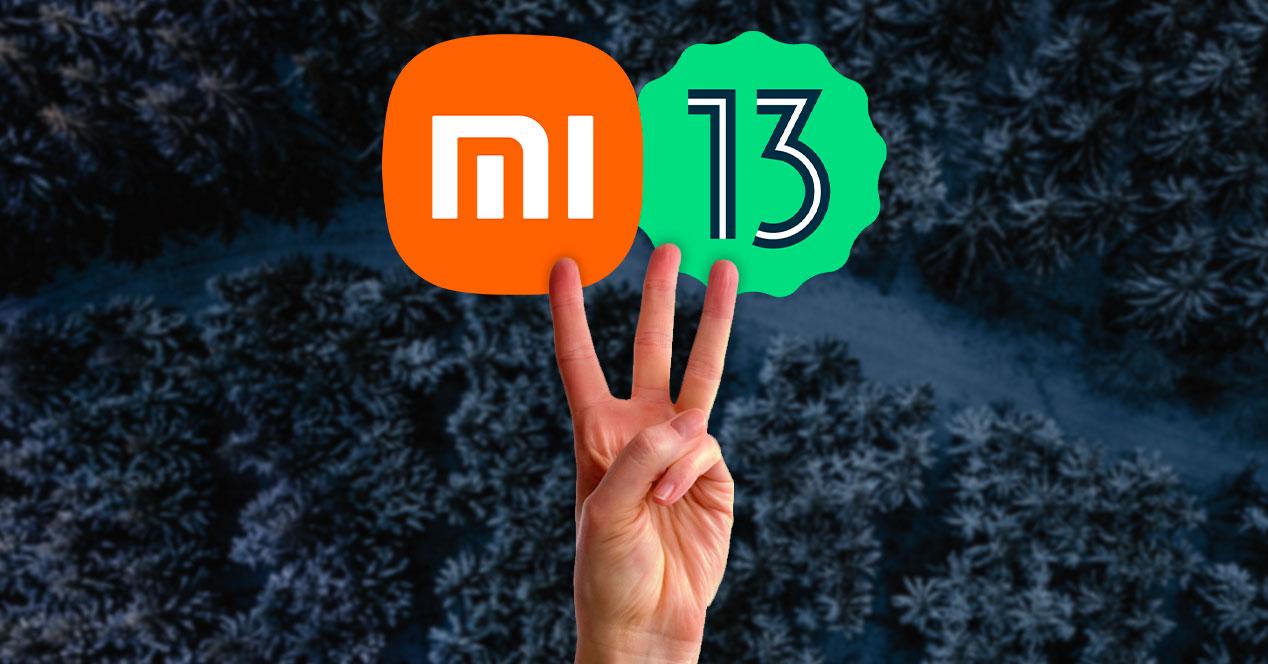 The brand has not yet officially shared its update schedule, and it may take a while if they do. Because they have had to postpone the presentation of their new high-end mobiles and the MIUI 14 layer, the plans have been disrupted, although we do know the models to be updated this month unless there are surprises:

Realme is also updated to Android 13 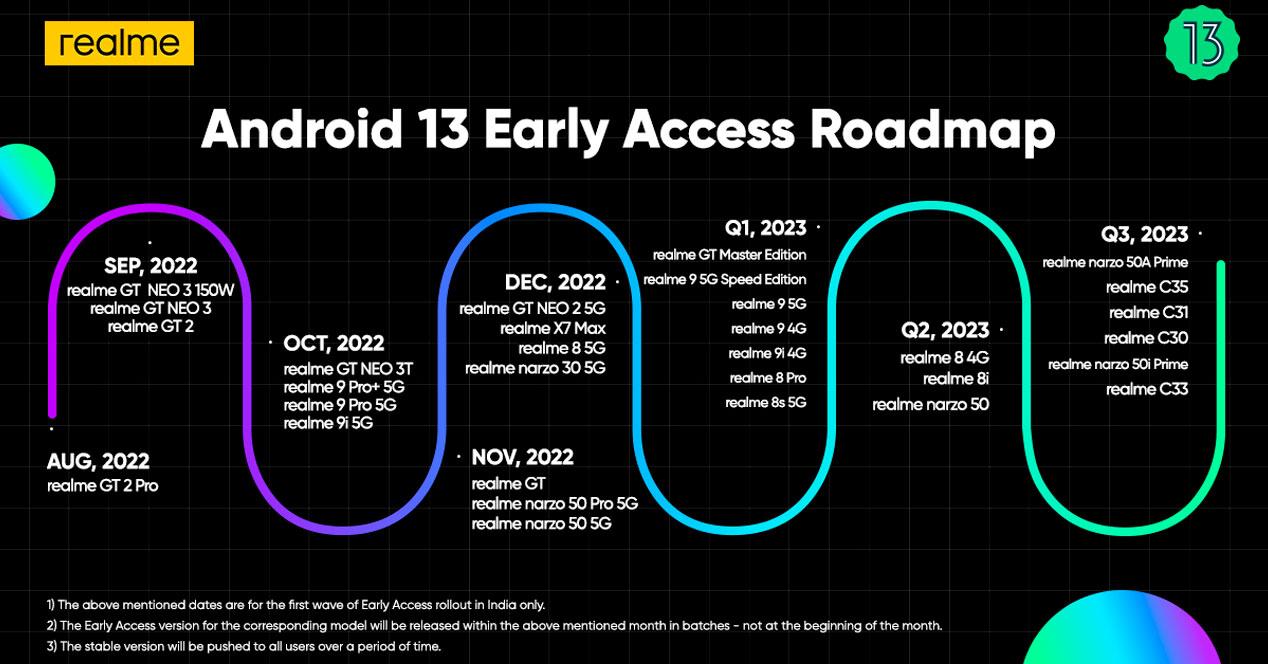 In the Realme calendar, the mobiles that will be updated this month are the following:

In principle they will arrive in beta for those who have signed up for the official news system, although the official deployment will be between 3 or 4 weeks afterso it is most likely that this year or at the beginning of next year the aforementioned devices will be updated in their stable version. 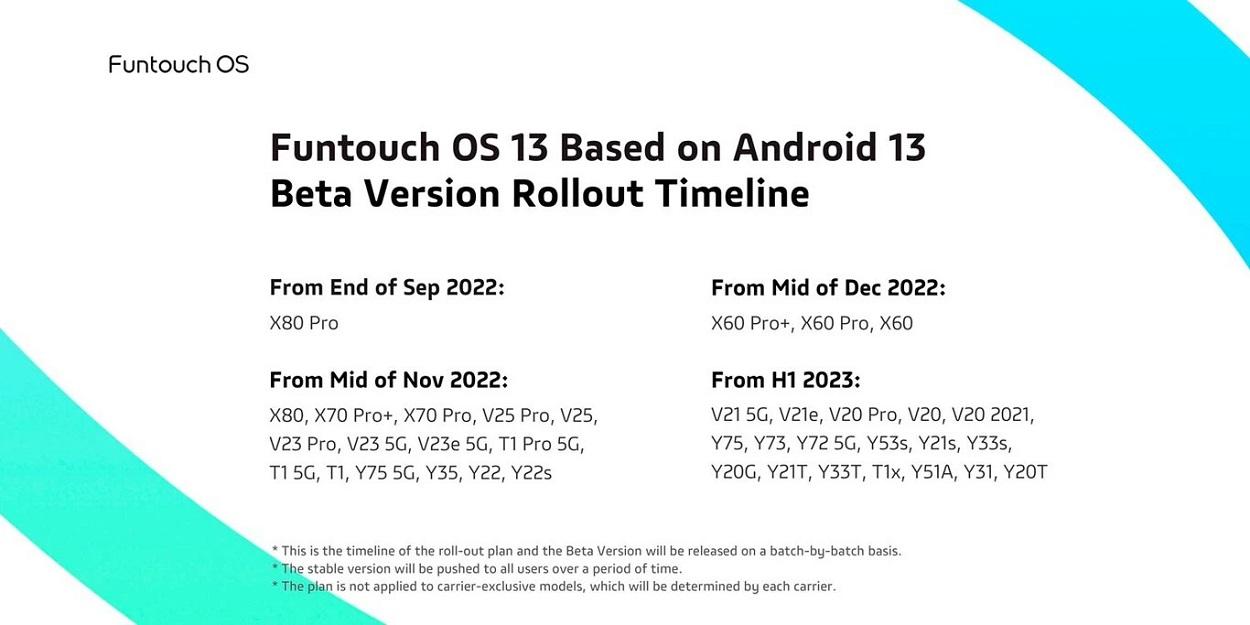 According to Vivo’s plans, the mobiles that will be updated to Funtouch OS 13 based on Android 13 this month they will be:

since mid november These mobiles would be updating, which we do not include in the list of mobiles that are going to be updated in December, but if your mobile is on this list and has not yet been updated, it will be about to do so. Anyway, check if you have the update already available:

Other brands that are going to update to Android 13

We do not know When is Motorola updating its devices?, although its update schedule will probably be known during this month or at the beginning of next month. Nokia will also update smartphones to Android 13, although we don’t know when it will and the only model we know of that is in testing is the Nokia X20 5G.