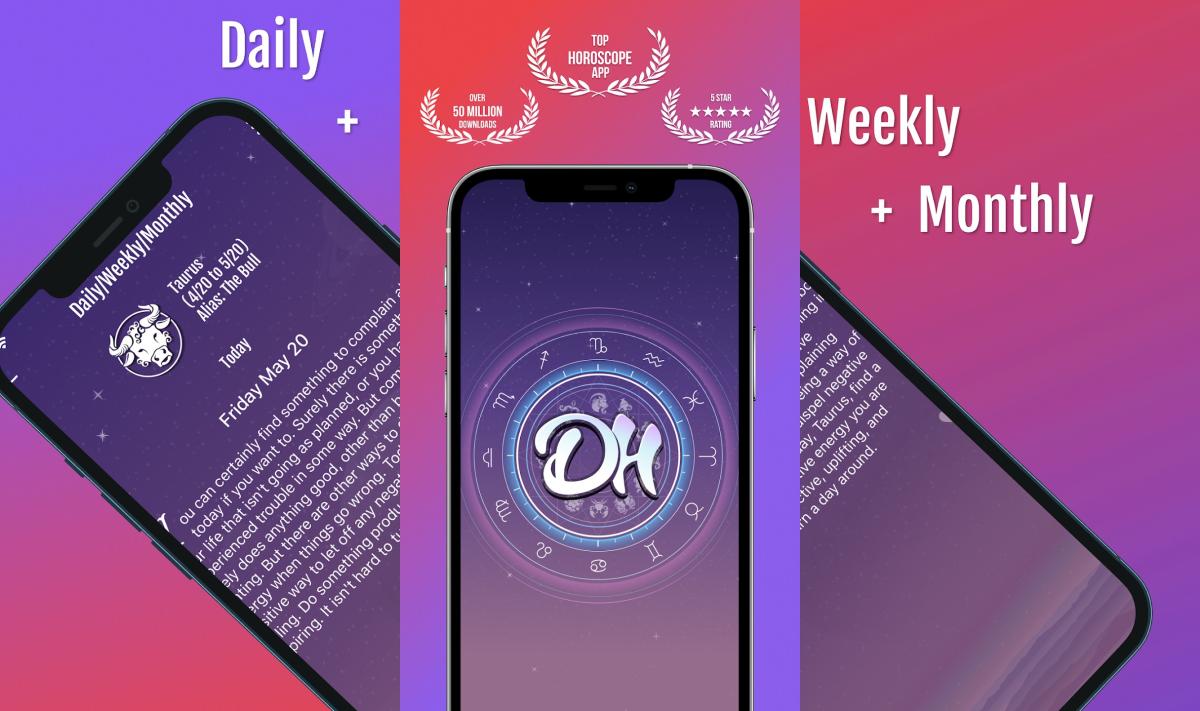 Share
Facebook Twitter LinkedIn Pinterest
With these 7 applications for Android or iPhone mobile phones you can check the horoscope anywhere in the world to always be aware that you are going to do well.

The horoscope has become a topical issue in recent years, causing thousands of people to want to know the status of their sign and if they are going to be lucky during the day that is upon them. Normally to know this type of information it was necessary to read the newspaper or, for example, consult the television programs dedicated to it.

You no longer need to do any of this because the horoscope has reached both Android and iPhone mobile phones. We have decided to dive into both app stores to find the best horoscope apps. The options are several and all interesting.

Of course, in case you are not interested in this topic at all, the truth is that we also have other types of compilations designed for those people who enjoy video games or want to start playing sports. And, it is that, the application stores have a very varied content.

The first application of this compilation is called Nebula and It has a most striking design. The blue tones make it transmit calm and, in addition, the animations when changing between the different menus and options are very well taken care of. This application allows you to read the horoscope on a daily, monthly or annual basis. Link to the Google Play Store and the Apple App Store.

The next app on this list is called Co-Star and it is possibly one of the most used apps for horoscopes, in addition to having the most minimalist design of all of them. The white tones and the black typography make it an aesthetically pleasing application. Link to the Google Play Store and the Apple App Store.

Sanctuary Astrology & Psychic is the third app in this collection. Like the rest of the applications, with this one you can read the horoscope of any sign. In addition, the readings can be daily or weekly as well as monthly or yearly. Link to the Google Play Store and the Apple App Store.

TimePassages is an application that complies with the same as the rest of the content we have seen so far. The main difference is that with this application you can consult the birth charts, something quite important for fans of this subject. Link to the Google Play Store and the Apple App Store.

Daily Horoscope is an app that does what its name says: show the daily horoscope of any sign one is interested in. In addition, it allows you to measure the compatibility between the different signs and also consult other types of horoscopes such as Chinese. Link to the Google Play Store and the Apple App Store.

Chaturanga Astrology Advice is the penultimate app in this collection. ANDIn this application what we find is a lot of information about the horoscope, both what luck holds for the signs as well as the meaning of the different divinations that will be found in the signs. Link to the Google Play Store and the Apple App Store.

The last application is Time Nomad Astrology Charts, this being the most complex of all. It is only available for Apple phones. In it you can see all the information regarding the signs of the horoscope and, in addition, how everything varies depending on the position of the planets. Link to the Apple App Store.