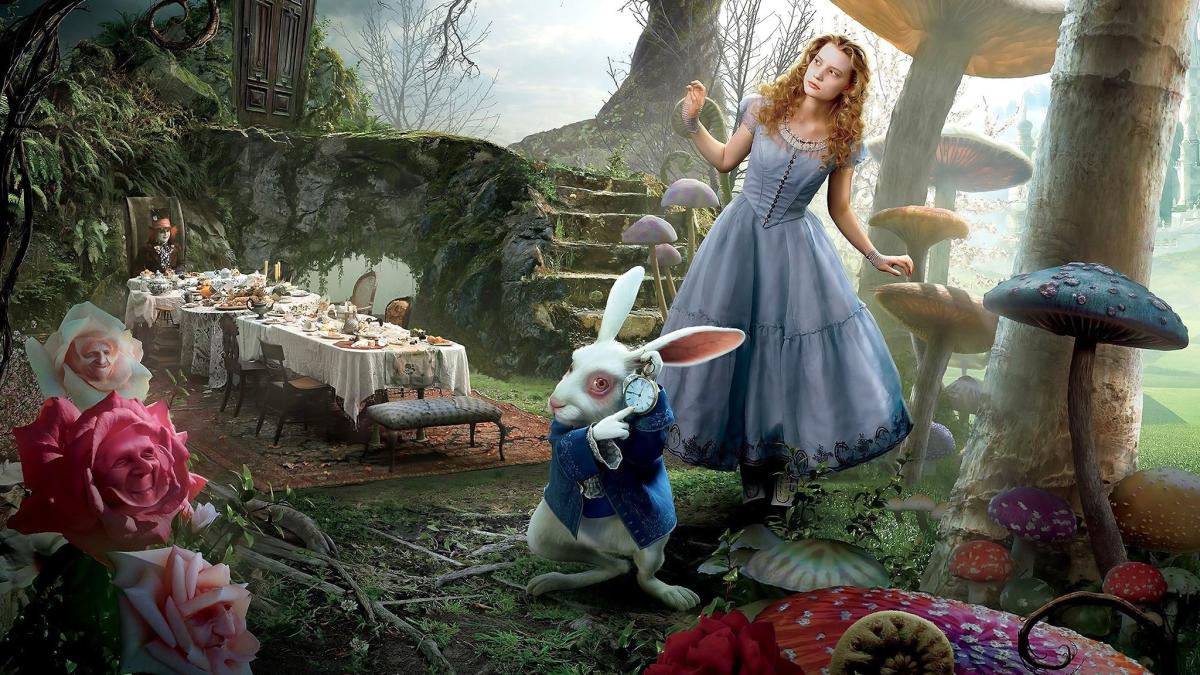 A few days ago we wondered if Doctor Strange in the Multiverse of Madness would arrive at Disney+ out of the box or if it would take a few months to land on the Mickey Mouse platform. For all those who have the need to see it, know that its release date is May 6.

And in case you don’t have the money to pay for an expensive movie ticket, or if you don’t have Disney+ to enjoy its imminent premiere, today we bring you a series of options that follow the aesthetics or the plot of Doctor Strange (that’s how it has been called always called Marvel’s Sorcerer Supreme in Spain).

Just don’t expect these options to be identical. Not at all. What we have brought you are options that transport you to worlds different from ours. Either because they are weird, alternative or very psychedelic. Some are classic works, others are more modern. And one is key to understanding everything.

In final amount is 6 films and a series. Because if what we want is to live something similar to what Doctor Strange gives us in the Multiverse of Madness, the ideal is to go to a movie too. Although the series, as we told you in the previous paragraph, it may be the key to understanding the new movie.

Fear and Loathing in Las Vegas

Sportswriter Raoul Duke and his attorney, Dr. Gonzo, go to Las Vegas to report on a motorcycle race. His red convertible is equipped with all kinds of stimulant drugs and an arsenal of doping herbs. This will allow them to take a mind-bending physical and mental journey through decadent 1970s America.

If you wanted a psychedelic movie, look no further, this is the best example of a crazy movie of the last century.. Released in 1998, this film is an adaptation of the book of the same name by Hunter S. Thompson, which he wrote in 1971.

For book lovers, this adaptation does not disappoint. Directed by Terry Gilliam, it has a dream cast: Johnny Depp, Benicio del Toro, Craig Bierko, Tobey Maguire, Christina Ricci… The result is quite good.

You have it available on Filmin, as a good cult film that it currently is. And it doesn’t make it to two hours, so it’s your time.

Alicia, a 19-year-old girl, attends a party at a Victorian mansion, where she discovers that she is about to receive a marriage proposal in front of a bunch of uptight socialites. Alice then runs away from her, running after a white rabbit, into a hole after him… and ends up in Wonderland, a place she visited 10 years ago, but which she doesn’t remember.

Putting the synopsis of this movie is one of the biggest stupid things we’ve done in all the time the magazine has, but surely some clueless person does not know the plot of one of the most famous books in the history of fantasy. For psychedelic world, this one, look no further. 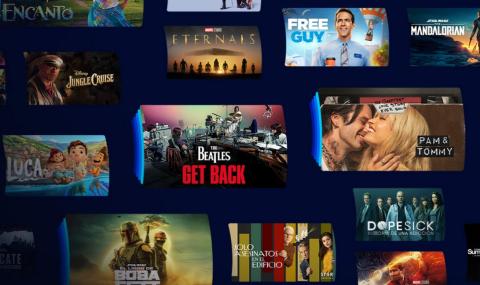 Episodes are disappearing on Disney + from a large number of series, Disney explains what is happening

This adaptation of Alice in Wonderland is from 2010 and has high-level actors. We see Johnny Depp again, because nobody plays crazy like him, but we also enjoy: Anne Hathaway, Helena Bonham Carter and Mia Wasikowska.

This is more to watch with the family, because despite its psychedelic side, we are talking about an adaptation of the Lewis Carroll novel that so many millions of boys and girls have read over the last century. It is available on Disney+.

Great Britain, in the indeterminate future. Alex is a very aggressive young man who has two passions: unbridled violence and Beethoven. He is the head of the druggist gang, who give free rein to their wildest instincts beating, raping and terrorizing the population.

When this escalation of terror leads to murder, Alex is arrested and, in prison, he will voluntarily undergo an innovative re-education experience that aims to drastically nullify any hint of antisocial behavior. If you want madness in an alternate world, this is your movie.

If you like series like Friends, The Sopranos or Game of Thrones, HBO Max has these and many more in its catalog.

With A Clockwork Orange (1971) director Stanley Kubrick reached the Olympus of directors, immortalizing one of the most terrifying visions of the future. That indeterminate future is one of those futures that the geniuses of yesterday feared living in, as we saw with George Orwell’s 1984.

The film is available on HBO Max fixed and ready to rent on Apple TV +, Rakuten TV or Prime Video. The two hours and ten that last are worth it.

Two young bikers from Los Angeles set out on a road trip to New Orleans. They cross the entire country with the intention of discovering America. After selling cocaine to a man from Los Angeles, Billy and Wiatt (aka Captain America) attend the Mardî Gras party.

They soon resume their journey and meet some of the most bizarre characters.including a rancher and his family, or a hitchhiker from a hippie commune, before being arrested in a small town for stopping without a permit. 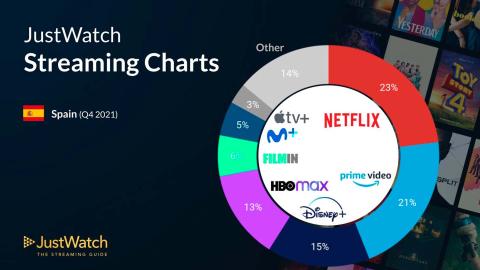 Filmin continues unstoppable and already surpasses Movistar +: these are the most viewed platforms in Spain

Easy Rider (1969) is a classic film about the sixties that, like no other, reflects the ideas, dreams and way of life of an era. And also how alternative life could be back then, and how it changed depending on where you were.

It is the least rare of all, but As it is a work of art, we cannot recommend it to you anymore.. If you feel like going on a crazy trip, give it a try.

Scarlet Witch and Vision (also known as Wandavision) combines the style of classic sitcoms with the Marvel Cinematic Universe. Wanda Maximoff and Vision are two superheroes living their ideal daily lives, but they begin to suspect that all is not as it seems.

This is the only series on the list and the one that can influence -and a lot- the story of Doctor Strange in the Multiverse of Madnesssince the Scarlet Witch is one of the main characters in the new Marvel movie. 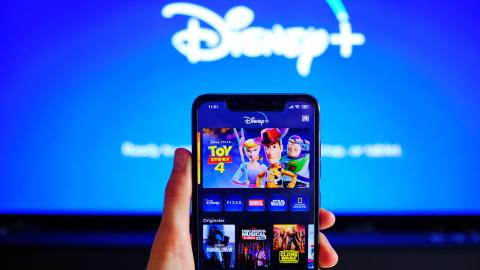 Disney + advances in Spain and is already the third most viewed platform, despite the efforts of HBO Max

The series was a bombshell for Marvel, because it was the work that kicked off the Marvel universe with capital letters in serial format. For the first time at Disney, they brought us a big story in a series with the main actors of the universe.

It’s entertaining, it’s original, it tells a rare story to see in Marvel and, without a doubt, it presents an alternative world that has a lot to do with the great Doctor Strange movie. You have to see it because there are only 9 chapters of 25 minutes.

Leonard is an insurance investigator whose memory is irreversibly damaged by a blow to the head while trying to prevent the murder of his wife – the last event in his long-term memory.

Because of the blow, he cannot remember the things that now happen to him for more than a few minutes, so with the help of an instant camera and writings tattooed on his body, he will try to solve and avenge the murder of his wife. What a journey awaits you if you see her.

Memento is based on our world and our time, but it is a journey through the mind of a person who is sick and it is tremendous.

When you finish watching it, you may wonder a few things. She has happened to all of us.

A special agent of a secret department of the government, an agency created in the 80s that allows time travel, will have to perform a complex series of jumps back in time in order to stop what is known as “the failed terrorist “, an individual who is planting bombs throughout the country with thousands of victims.

On one of his trips to the 70s, the agent, who works undercover as a bartender, meets a man who tells him an extraordinary story… Despite the good budget of the film and its competent cast, this science fiction film was not very successful at the box office.

Ethan Hawke and Sarah Snook carry the weight of the film gracefully and effectively. Despite its mix of various genres and clear inspirations (Minority Report above all), the film works. It’s on Netflix now, but it’s changing platforms soon.

LG televisions have an excellent value for money and is one of the reference brands in the sector. If you are thinking of buying a television, here you have all the ones it sells ordered by price range.

With this list of seven films and series, you will surely be satisfied. And, the good thing is that each one offers something very different from the others, so if you were looking for psychedelia and alternative worlds, you have a choice.

Enjoy and remember… nothing is what it seems and it could always be worse.