7 movies that were never shot despite being very promising, and that we all want to see 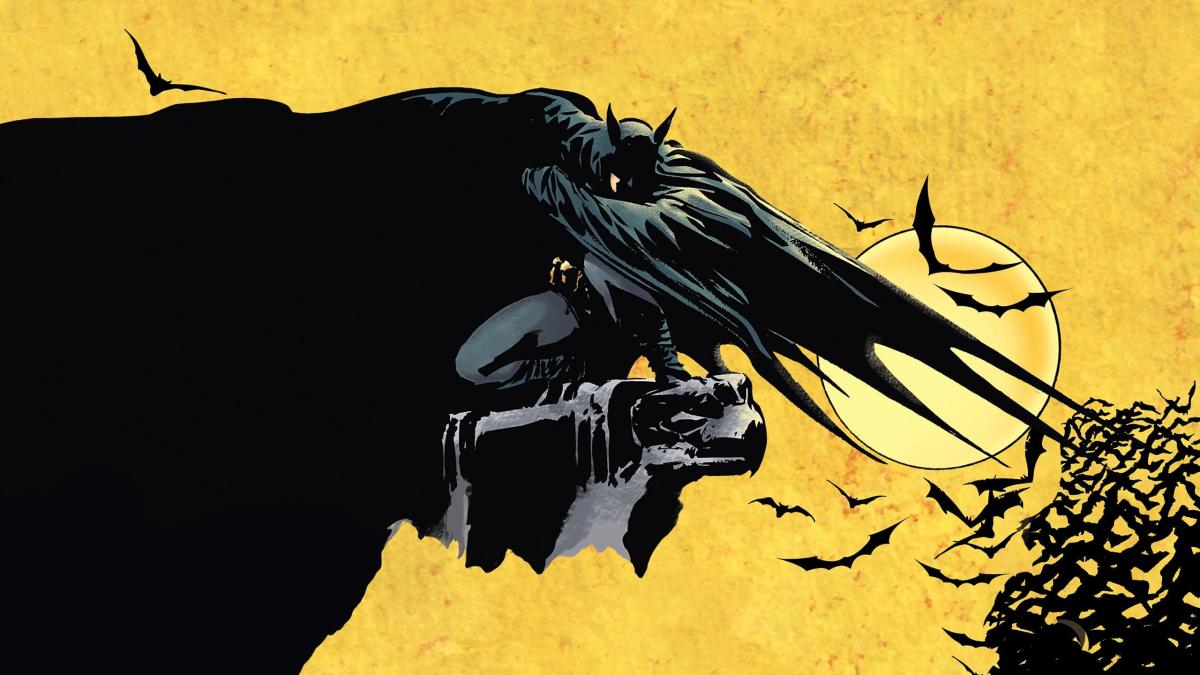 Many movies don’t make it past the pre-production stage. Whether due to lack of financing or mysterious delays, some movies are destined to become nothing.. In these cases we even speak of simple projects that remained in firm proposals and some with one advance than another, but that’s it.

And it is that, for each film that is released, there are innumerable others that never get to be released and have nothing to do with who directs or stars them. For example, the ones we are going to see in this report were going to be directed by some of the best directors in the world.

It is not often that a film reaches the public’s attention, only to later not be released. Nevertheless, For some, this nightmare has come true and the stories behind it are surprising.

If you like series like Friends, The Sopranos or Game of Thrones, HBO Max has these and many more in its catalog.

Then we leave you with great movies that many of us would kill to see and that, unfortunately, did not even start shooting and we are no longer going to enjoy them on the big screen. Who knows if with the boom of platforms like Netflix or HBO Max they will find a springboard for any of them.

7 movies that were never shot despite being very promising:

Batman: Year One by Darren Aronofsky

Darren Aronofsky has often flirted with big superhero movies like Wolverine, with Hugh Jackman, or Watchmen, before Zack Snyder made his own.

However, the one that takes the gold medal is without a doubt Batman: Year One. In 2000 it was announced that Aronofsky would direct an adaptation of Frank Miller’s comic book, with Miller attached as screenwriter, and Aronofsky’s regular cinematographer, Matthew Libatique. For those of us who are fans of Miller and this comic, the hype was more than assured.

Now, problems are welcome. Aronofsky was coming off directing Pi and Requiem for a Dream and was set to make his studio debut with the Warner Bros-backed Batman movie.as the studio intended to reboot the Bat franchise after the poor reception of 1997’s Batman and Robin.

With all this, Aronofsky ended up leaving the project due to scheduling conflicts and all the boom created was taken advantage of by another great director to become Christopher Nolan’s Batman Begins, which would give rise to his great trilogy that we all love.

Nevertheless, What would have been better: Aronofsky’s movie and having missed Nolan’s, or the other way around?

Inspired by a true serial murder case, Hitchcock’s vision for Kaleidoscope was considered too shocking and sexually explicit for its time.

And it is that, despite the impact that Psychosis generated in the 60s, in which a large part of the population was somewhat traumatized, it was not the last cartridge of this great director. Hitchcock had an even more shocking movie planned a few years later. It would be called Kaleidoscope.

Determined to catch up with Europe’s most innovative directors, Hitchcock wanted to apply his radical methods to one of his darkest narratives. Kaleidoscope was considered so transgressive that not even the man behind Psycho was allowed to shoot it.

Add to this that Hitchcock expected the film to be produced in 1967. He had just received an honorary Oscar, the Irving G Thalberg award, and François Truffaut’s book of interviews with him had just been published, so it was more than clear that the film at least it was going to be seen.

Nevertheless, its last two releases, Marnie and Iron Curtain, had been disappointing and if we add it to a very non-permissive time, it came to nothing.

I wish I could have enjoyed it and judge if it really was as explicit and gory as advertised.

After dazzling the world with his Lord of the Rings trilogy, Peter Jackson wanted to be at the helm of the film adaptation of the wildly popular Halo video game series.

As proposed, Jackson would executive produce the film from a screenplay by Alex Garland, who would go on to find great success in the sci-fi genre directing Ex Machina and Annihilation. 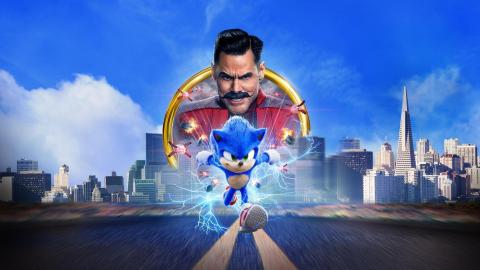 7 movies and series based on video games that you have available right now, and 4 that are being shot

Directors came and went from the Halo movie, including Guillermo del Toro and Neill Blomkamp, that he could have made his feature directorial debut with this great film.

Notably, Halo is now in development as a television series for the new Paramount+ streaming service.

The movie project would follow a one-legged detective who enters another dimension and is harassed by a three-foot-tall dwarf who can control electricity. Very David Lynch-esque, of course.

FuboTV is a new streaming platform. It has just arrived in Spain and offers a week of free subscription without obligation to watch Movistar Series online.

However, Lynch had a hard time finding a studio that would take a chance on such a bizarre story. The director put Ronnie Rocket on hold and opted for a more conventional project with The Elephant Man, although he has always followed this film in his mind.

After landing not one, but two production companies and choosing Twin Peaks’ Michael J. Anderson as the lead actor, ultimately Lynch never got Ronnie Rocket past development.

Star Trek: Planet of the Titans, by Quentin Tarantino

As we already know, Tarantino plays in his own league and within his fetishes, he has always preferred to work on original projects, but an opportunity like directing Star Trekis even irrefutable even by Tarantino himself (plus he was an absolute fan).

Now, in 2019, it was announced that he was working on his own Star Trek movie inspired by A Piece of the Action, an episode of the original series that takes place on a planet that bases its culture on Chicago gangsters from the 1920s. All crazy. 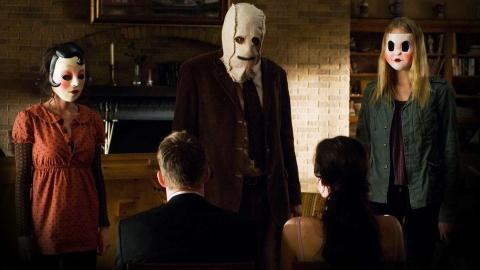 Tarantino, who was thinking of directing the project and who would probably have been rated R (adults only), he ultimately decided against making it as his last film.

However, the idea of ​​Tarantino making a Star Trek movie that would combine aspects of sci-fi and gangster cinema has had fans wondering “what if…” for years.

Heart of Darkness by Orson Welles

In 1939, after rising to fame with his production of Julius Caesar and his radio version of The War of the Worlds, Orson Welles presented RKO Pictures with a screenplay adapted from Joseph Conrad’s novel Heart of Darkness.

However, after a few months of debate, the president of RKO decided to withdraw the project. Why? for one simple reason: it was considered a risk on three fronts: financial, stylistic and political.

To this we had to add that despite the fact that we are now accustomed to seeing adaptations of books in the cinema (and note that many of them are of quite dubious quality), at that time the fear was greater, as well as the respect.

In the early stages of pre-production it became clear that the film would cost more than a million dollars and he planned to shoot the film in 165 long first-person panoramic shotsbeing the camera the eyes of the main character, something that wanted to break with the boring narrative of cinema.

Let’s add that Welles took a strong stance against fascism and, considering that we are talking about 1939, the thing was very hot.

The perfect combination to receive a NO like a cathedral.

Filmmaker Stanley Kubrick wrote a screenplay about Napoleon Bonaparte that never saw the light of day. He intended Napoleon to be his ninth film, which would be released in the early 1970s (following Spartacus, his first big-budget film).

The script consisted of 148 pages and recounted the entire life of Napoleon Bonaparte, from his birth in 1769, until his death in 1821. However, Kubrick’s reach exceeded his ability. And it is that, it was too ambitious and expensive for any studio to finance it.

However, it should be noted that In 2016, Cary Fukunaga was hired to direct a miniseries adapting Kubrick’s script. The miniseries is still in the works, currently scheduled to be released by HBO and produced by Steven Spielberg.

Furthermore, there is even a book called Stanley Kubrick’s Napoleon: The Greatest Movie Never Made, which compiles the script with Kubrick’s handwritten notes, research volumes, costumes, and location scouting photos from the film’s pre-production.

The highest-grossing Marvel movies ordered from lowest to highest