90 gameplay videos revealed years before the game was released 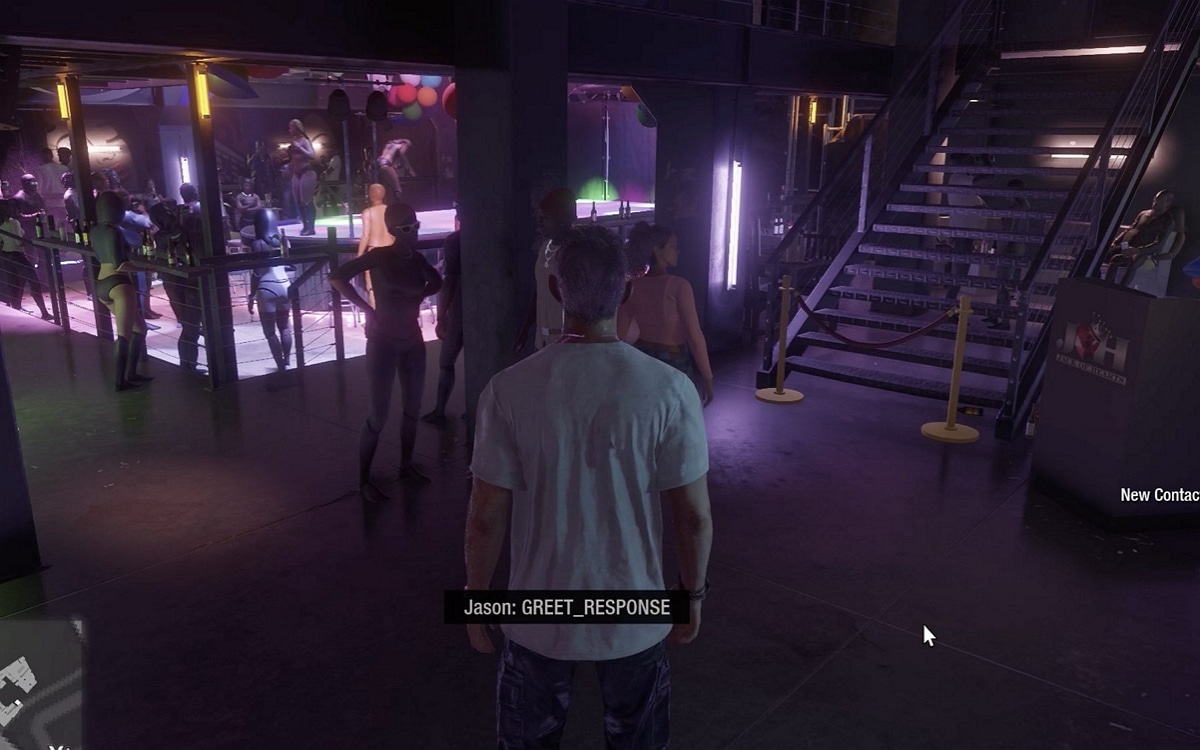 Share
Facebook Twitter LinkedIn Pinterest
Rockstar has just been the victim of one of the most massive data leaks to date, as a hacker has managed to get their hands on gameplay videos of a game that has been expected for almost 10 years: GTA 6.

You’re not dreaming, GTA 6 went well unveiled in video years before its launch. It’s been a while since Rockstar officially confirmed its sequel to the hugely popular GTA 5, but the studio had clarified that development was still in its early stages, and a release shouldn’t be expected for a long time.

Unfortunately for Take Two and its developers who had so far been quite successful in keeping the game’s progress under wraps, a lot of their work has just been leaked. Indeed, a user calling himself teapotuberhacker posted a zip file on GTAForums, along with a message saying ” Here are 90 images/clips of GTA 6. I may be able to release more data soon, source code and resources of GTA 5 and 6 and tester build of GTA 6 “.

Contents hide
1 Videos confirm the return of Vice City and a female protagonist
2 The clips only show the alpha version of the game
3 Is the GTA 6 leak real?
4 Rockstar May Delay GTA 6 Release After Hack

Videos confirm the return of Vice City and a female protagonist

In total, therefore, almost a hundred video sequences have been published, which corresponds to more than one hour of gameplay in total. The various clips from the leak show two protagonist characters male and femalethus confirming the veracity of previous Bloomberg reports. The new female character would be named Luciabut that might change in the final version. 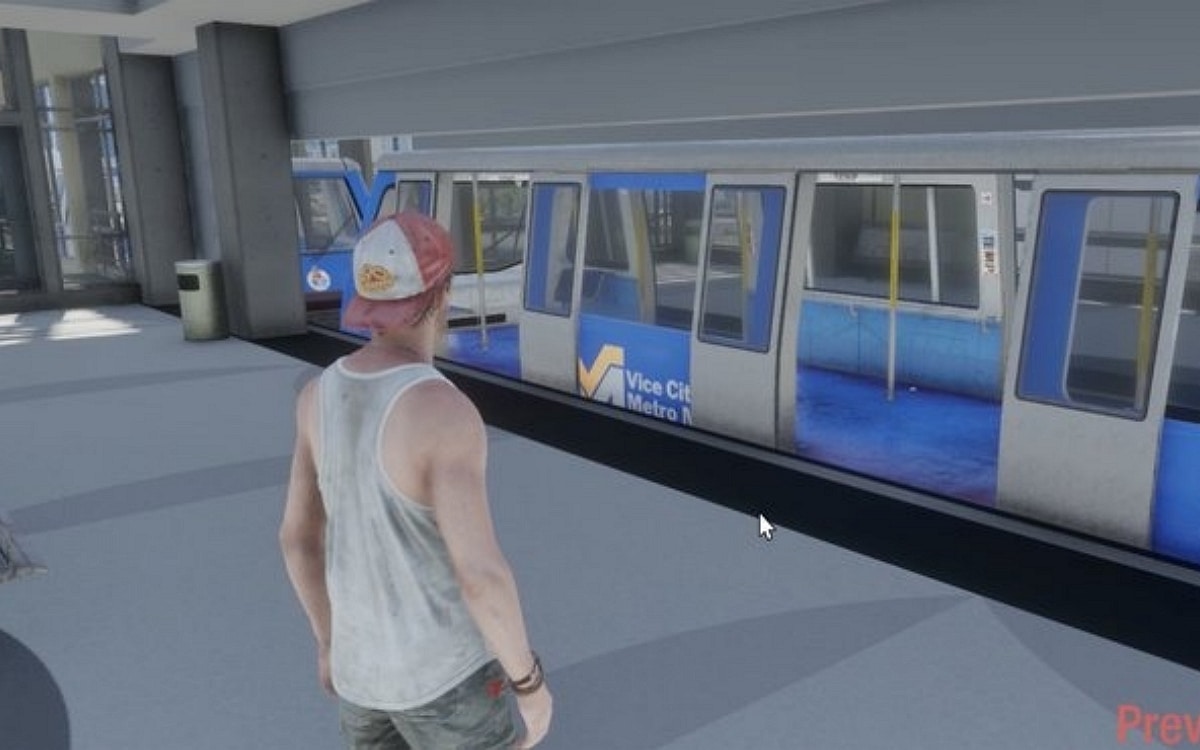 The clips also show the game taking place in a fictional town resembling Miamiwhich is also consistent with early reports that the title would revert to Vice City. On some clips, we can for example see a subway train indicating “Vice City Metro”. By zooming in on a police car, we can also see that it belongs to the VCPD (Vice City Police Department).

You can also find several robberies, weapon games, conversations between NPCs, car sequences or even inside clubs. Regarding the gameplay itself, we can notice that you will be able to crouch and crawl, switch weapons from hand to hand, and pick up weapons off the ground.

The clips only show the alpha version of the game

The videos shared by the hacker are obviously taken froman alpha version of the game that dates back to 2019, and which includes a debugging system. However, some clips seem more recent, since the file titles indicate that they have been captured in 2020 and 2021. The title rotates with a Nvidia GeForce GTX 1080 graphics card at 720p definition with HDR enabled. Since this is an alpha version, it is quite normal that the game looks a lot like GTA 5and that it is visually not very pretty. 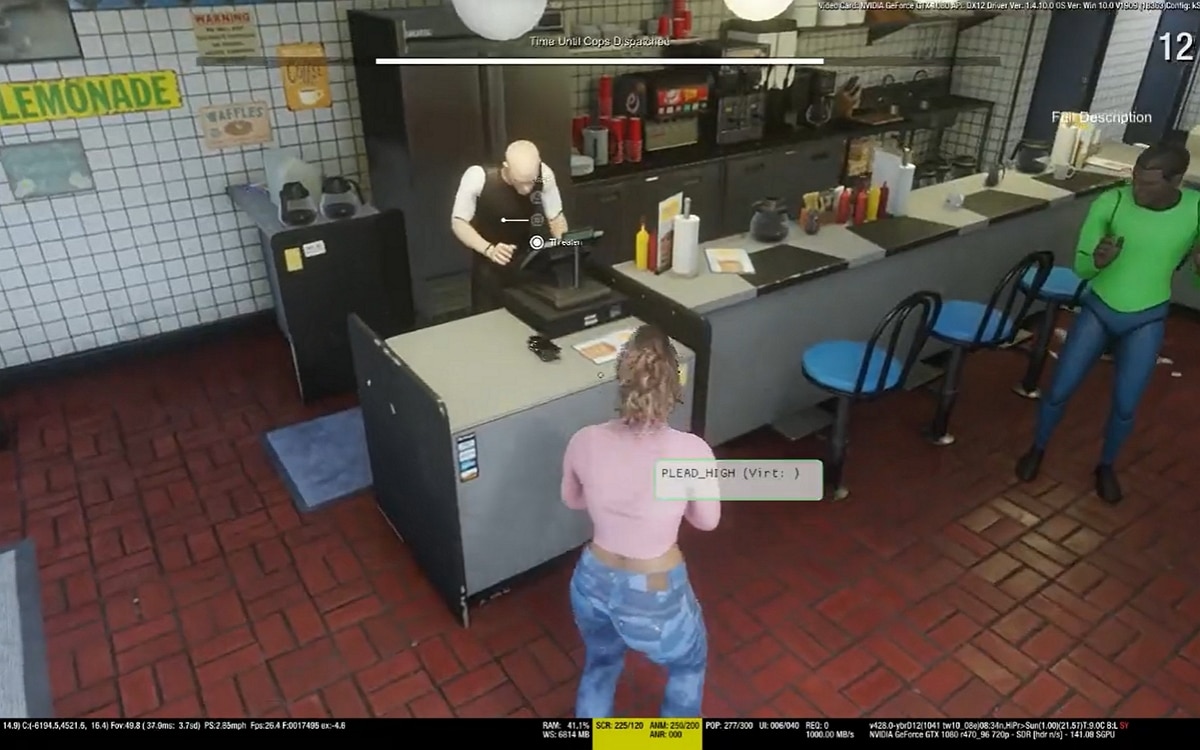 The alpha versions of the titles are very far from resembling the final versions. These are usually used by developers to test new mechanics. It is in particular for this reason that one can see innumerable models, textures and other resources from GTA 5. A video in a restaurant, for example, seems to show that the developer is testing the reaction of different NPCs to his robbery.

A supposed interaction with an in-game NPC could also confirm links to the GTA 5 universe by referring to “Lifeinvader”an in-game social media platform that was a central part of the game’s plot. However, it could be that the studio simply picked up random GTA 5 elements to test interactions with the various characters in its upcoming title.

On his Twitter account, the famous Bloomberg journalist Jason Schreier was able to confirm with his sources at Rockstar that these were indeed alpha builds of GTA 6. Given the quality of the clips, their authenticity would not be surprising. A few hours after the videos were posted on the various social networks, Take Two has already started to remove the publications of Internet userswhich can only confirm the veracity of the leak. 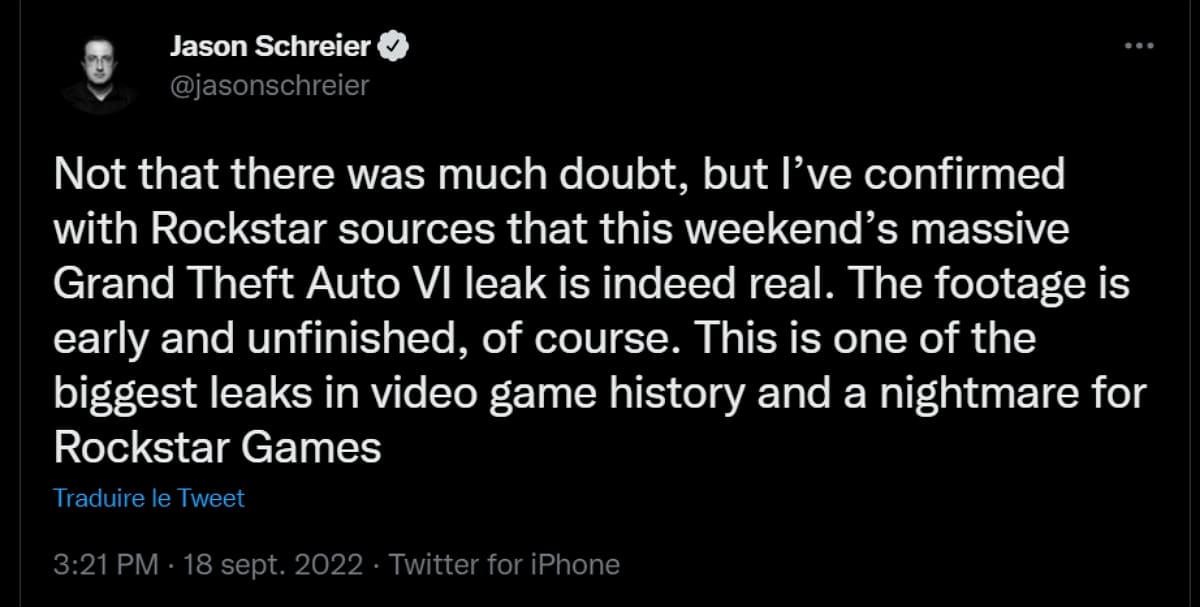 It’s also worth noting that the person responsible for the hack is believed to be the same person who broke into Uber’s servers last week. It would bea man of only 18. The hacker told The New York Times that he gained access to Uber’s internal communications platform, Slack, after contacting an Uber employee via text message posing as an “information technology manager ”. It’s possible that a Rockstar employee got tricked in the same way, known as “social engineering.”

Read also : GTA 6 may not be released until at least 2026 after all

While we know that Rockstar had recently accelerated the pace and hired en masse to finish the game, this massive hack could well force the studio to postpone the release of the game, which has been awaited for almost 10 years now by fans of franchise. In effect, the pirate announced to be in possession of the source code of GTA 6, a very bad news for Rockstar.

Thanks to this one, even if it is far from being the final version of the game, the pirate could easily spot security vulnerabilities to upload a free pirated version of the game, create cheat software or mods of all kinds. Even worse, the code could be published on the web or sold to the highest bidder.

A few hours after the videos were posted on the forums, the hacker posted a new message inviting Rockstar or Take Two employees to contact him on Telegram. The hacker could then potentially ask for a ransom with a very high amount so as not to leak the source code of GTA 6.

Rockstar has not yet officially reacted to this huge leak, but it could well push the developer to say more about its future flagship title, such as posting images or even revealing a release window. As a reminder, whatever happens, Bloomberg had revealed that the game is not expected to launch for at least two years. It only remains to wait to find out whether or not the hacker decides to reveal more over the next few days.

For the purchase of an Xbox Series S, the game FIFA 23 is offered during the French Days