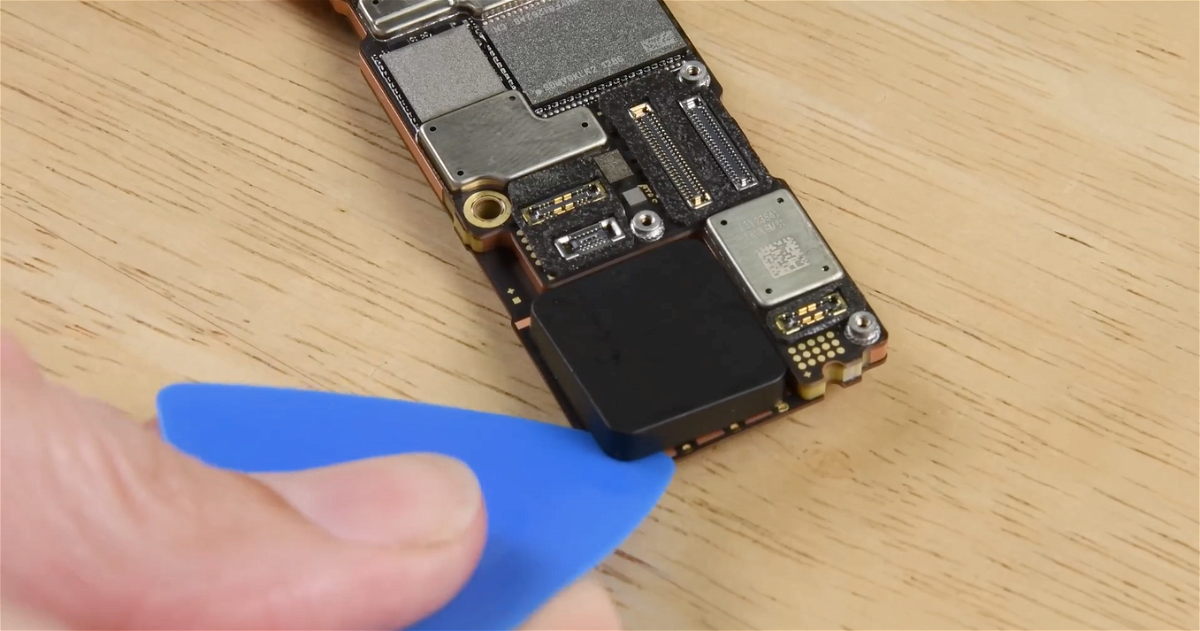 The arrival of the iPhone 14 has brought a very important novelty for US usersthese new models no longer have a SIM card slot and connect to the network via an eSIM.

This is a virtual variant of the SIM that we commonly know, it is located inside the device; without easy access and has benefits such as the possibility of use more than one phone numberinstant operator changes and a good connection.

But the surprise does not end here, because although it was expected that the decision to eliminate the space for the SIM card was with the aim of take advantage of this space offering something new in the iPhone 14 or even removing it to increase the size of the battery, unfortunately this was not the case and the free space is occupied by nothing, for the moment.

A plastic inside the iPhone Pro Max

Recently, the iFixit team performed the iPhone 14 teardown showing that the internal redesign of this device has improved a lot and is well on the way to facilitate your repair.

According to his perspective, It is the most important change that the iPhone has had inside from the iPhone 4s.

However, for the model iPhone 14 ProMax The disassembly has revealed something unusual, because despite the fact that many expected Apple to take advantage of the space of the SIM slot that was removed for devices in the United States, it was not, and it was filled with a piece of black plastic.

That’s right, in the video of the disassembly we can see the new way in which this iPhone 14 Pro Max opens, various components very well arranged and when reaching the innermost part of the device there is a small plastic box, what will it contain? … any.

Literally, the SIM tray and its components were replaced by a small square piece of plastic that contains nothing and is only used to organize the rest of the components. without altering the design that the SIM does have.

Although it may seem funny or disappointing, keep in mind that this plastic is only present in US devices. which is the country in which iPhones without a SIM slot will be sold. In the rest of the countries, the iPhone will have this component.

Why has Apple done this?

The answer this event is; ushers in a new era for the iPhone. That’s right, Apple has not been able to take advantage of this freed-up space for something new because the SIM tray has not yet been removed from iPhones around the world.

Once users adapt to this change and its global reach is defined, Apple will be able to start implementing what you have planned for this space.

Why yes, most likely the company already has plans for this new design that the eSIM is allowing. However, you have to take into account the availability of operators that can handle eSIMs, the sales of this new iPhone and its acceptance; among other details and data.

Rumors about the iPhone 14 and the disappearance of the SIM slot have been fulfilled. It is a matter of time before we see this change in many more countries.

Will this change be well received? probably yes, it is one more step in technology and users will have to accept it. The exciting thing will be when Apple completes this transition and shows us what it has prepared for take advantage of this free space on iPhones.

At the moment, the iPhone 14 Pro begins to succeed and Apple calls for increased manufacturing. In addition, in a few weeks, the company will be presenting the new iPad and there are already rumors that we could anticipate some of the news that will arrive with these iPad.