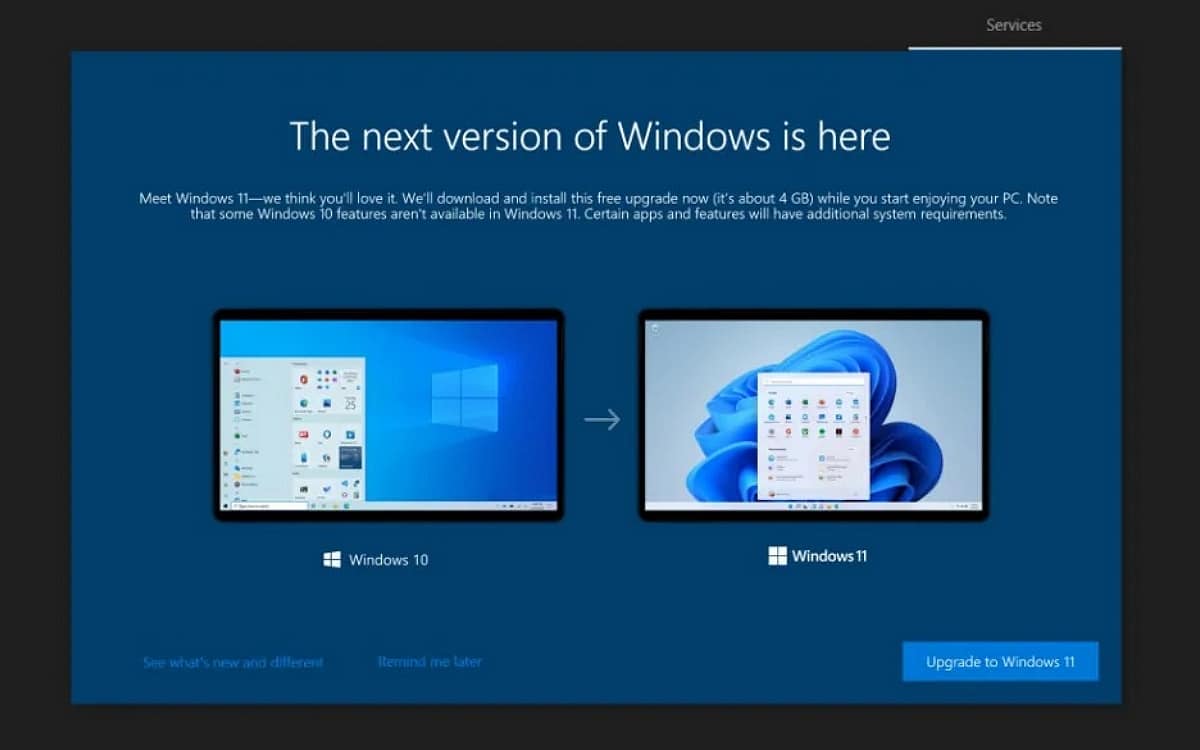 
While the adoption of Windows 11 is quite slow and Microsoft even sees the number of installations plummeting since the beginning of the year, the company has a new idea to push PC owners to update their computers to the latest version of the operating system.

After pushing Windows 8.1 users to update by recalling the imminent death of the old version, it is now Windows 10 users that Microsoft intends to convince. For it, Microsoft has introduced out of band update KB5020683 for Windows 10, version 2004, 20H2, 21H1, 21H2, and 22H2 (Home and Professional only).

What does the new Windows 10 update bring?

On the program for this update, an improvement to the out-of-box experience (OOBE) of said versions of Windows 10 by including a prompt encouraging users to accept an instant upgrade to Windows 11.

As a reminder, the out-of-the-box experience (OOBE) is the menu you get when you first open your Windows computer after removing it from its original box. Rather than configuring Windows, Microsoft will therefore now directly offer users who have purchased PCs running Windows 10 to switch to Windows 11.

Windows 11 will only be offered during the process if the device is connected to a network and if the device is compatible with the new operating system. If these two conditions are met, Microsoft will prompt you to upgrade to the latest version.

This addition should therefore convert a few users, although many are still stuck using the old Windows system. Indeed, according to the latest data from StatCounter, Windows 10 holds 69.77% of Windows global market share, while Windows 11 holds only 16.12%.

It’s no surprise that Microsoft continually comes up with ways to encourage its customers to upgrade to the newer Windows system. We also remember that Windows 11 users spend an average of 40% more time on their PC, which is obviously very interesting for Microsoft.