a prototype spotted with a brand new design 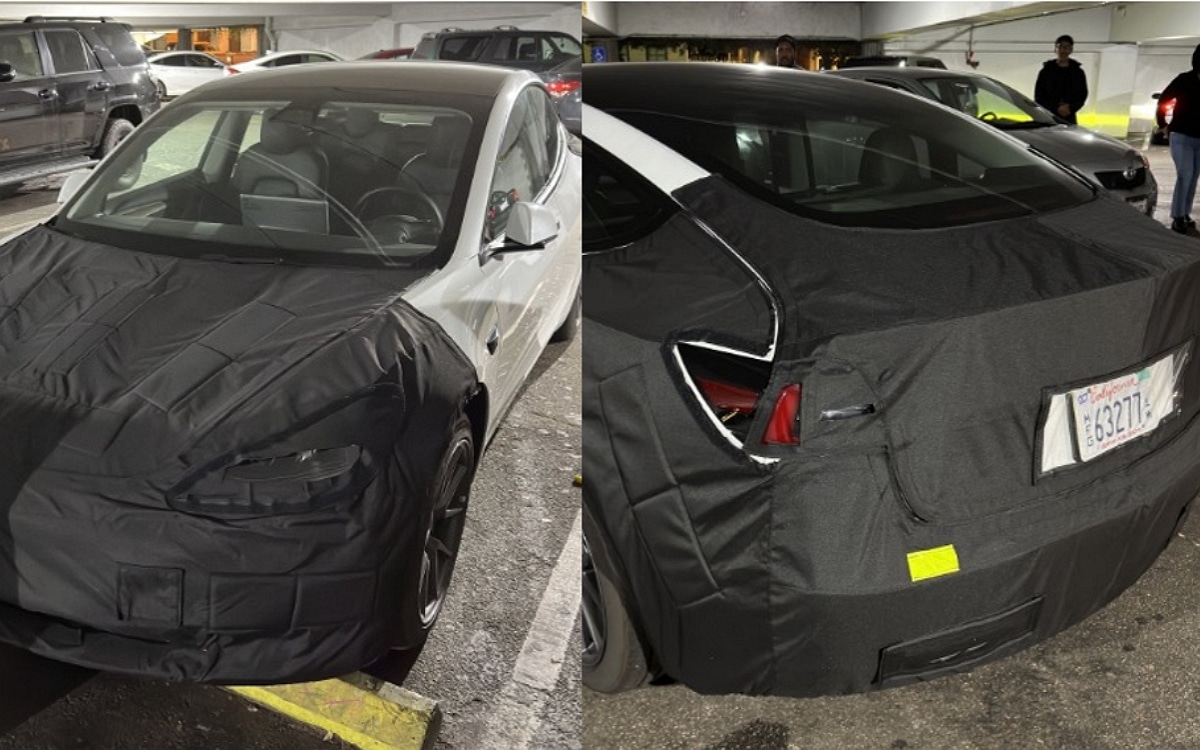 Share
Facebook Twitter LinkedIn Pinterest
Next year, everything seems to indicate that we will be entitled to a brand new version of the Model 3, Tesla’s 100% electric sedan. Moreover, a prototype reserving some changes has already been spotted.


A few days ago, a Reuters report said an update to the Tesla Model 3 was coming as early as next year. Named “Highland”, this project would above all aim to make the electric sedan more attractive while lowering production costs. We would also be entitled to a new design, and this is exactly what some photos of the vehicle on Twitter have just confirmed.

Indeed, a user omg_Tesla/Rivian would have already succeeded in spot a prototype of the new version of the Tesla Model 3 in a parking lot in Santa Cruz, California. Unfortunately, some parts of the vehicle are hidden under camouflage, as car manufacturers often do with their new cars. We also recently saw a new BMW iX2 electric SUV from BMW hidden under full camouflage.

The Tesla Model 3 will benefit from a new body

As the images suggest, some parts of the new 2023 Tesla Model 3 will be different from the current version. Indeed, rather than using a camouflage on the whole car, the latter is only placed at the front and rear of the vehicle. We can therefore expect novelties in these places.

In addition, the Internet user was able to confirm that it was indeed a Tesla vehicle, and not a car that was simply covered by its owner. The Tesla Model 3 is equipped with manufacturer’s license plates, which therefore leaves no doubt about its origin, and therefore probably a test vehicle.

For now, given the fairly thick camouflage, not much is known about this new version. Nevertheless, some commenters on Twitter have noticed what could be a camera integrated into the corner of the right front headlight. Adding a camera here would be useful, since Tesla has a blind spot around the bumper with its Full Self-Driving assistance system.

As a reminder, Highland would go into production in the third quarter of 2023 at Tesla factories in Fremont, California and Shanghai, China. We will therefore quickly know more about this new version.