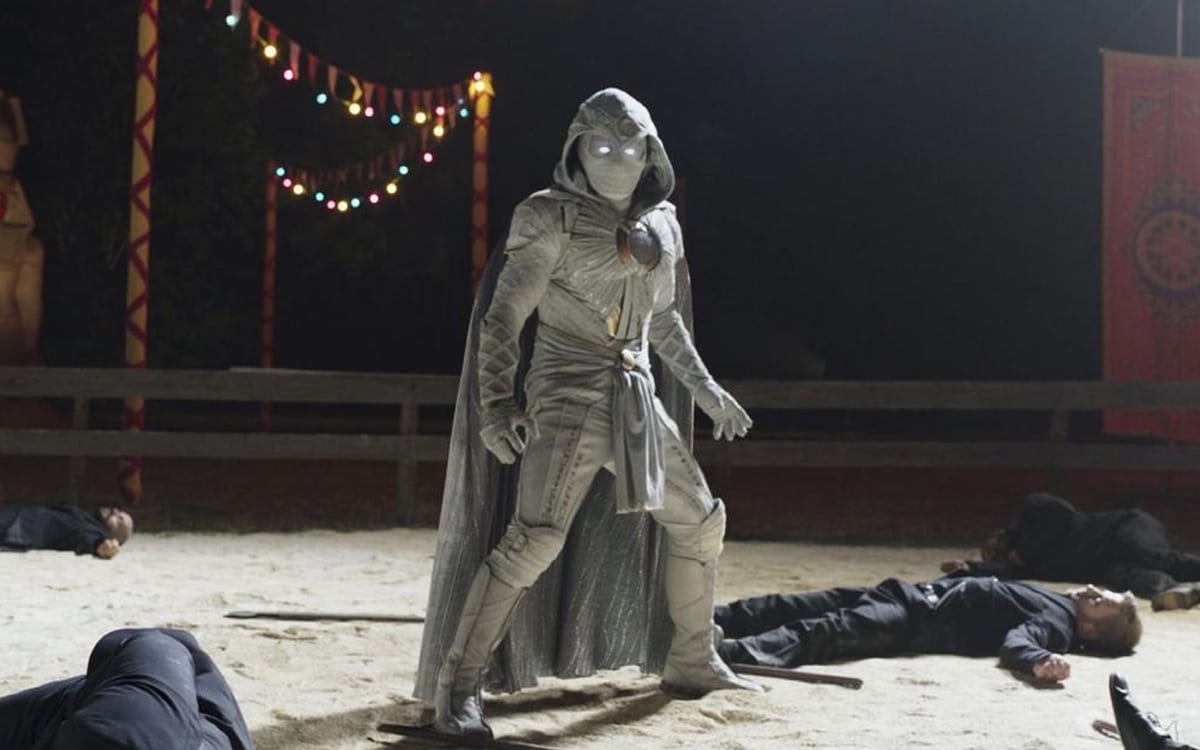 Share
Facebook Twitter LinkedIn Pinterest
Will the Moon Knight series have the right to a season 2? If Marvel Studios has not announced anything yet, the producer of the mini-series as well as Oscar Isaac, the main actor, have confirmed it in half. It remains to be seen when this new burst of episodes will be released.

Moon Knight was entitled to his series a few months ago on Disney Plus. If the last episode ended on a cliffhanger, Marvel Studios has not announced a sequel to the adventures of the masked hero. But today, a big clue suggests his imminent return.

You don’t have to go to the studio to get news… but on Tik Tok! A fan of the series met Mohamed Dia, the series’ executive producer, as well as Oscar Isaac, the main actor, both on a trip to Cairo. She captured the moment on video.

Moon Knight should return for a season 2

The young woman then asks the fateful question: “will there be a season 2? “. Mohamed Dia does not seem to want to answer, embarrassed, and Oscar Isaac then takes the lead “Why else would we be in Cairo? ». Interestingly, it was Mohamed Dia himself who released this video by sharing it on his Twitter account. Is this a disguised way to announce a new burst of episodes? It looks a lot like it, anyway.

It remains to be seen when Moon Knight Season 2 could arrive. Marvel recently announced its Phase 5 and 6 movies and series. For series, the schedule is complete until Spring 2024. Our Lunar Hero should therefore not land before this date.

Anyway, filming hasn’t started yet (are the two men scouting?) and at the current production rate of the series, the date of 2024 seems consistent. Many fans were disappointed not to see the series in the schedule presented by Kevin Feige at Comic-Con. The hero’s return would be nice, Moon Knight being a truly unique series in the Marvel Cinematic Universe.

As a reminder, the next Marvel series on Disney + will be She/Hulk. It will air from August 18.

The AirPods will abandon the Lightning port for USB-C in 2023, it is confirmed