A serious bug forces the release of the latest version of Ubuntu Linux to be postponed. I should have been ready today 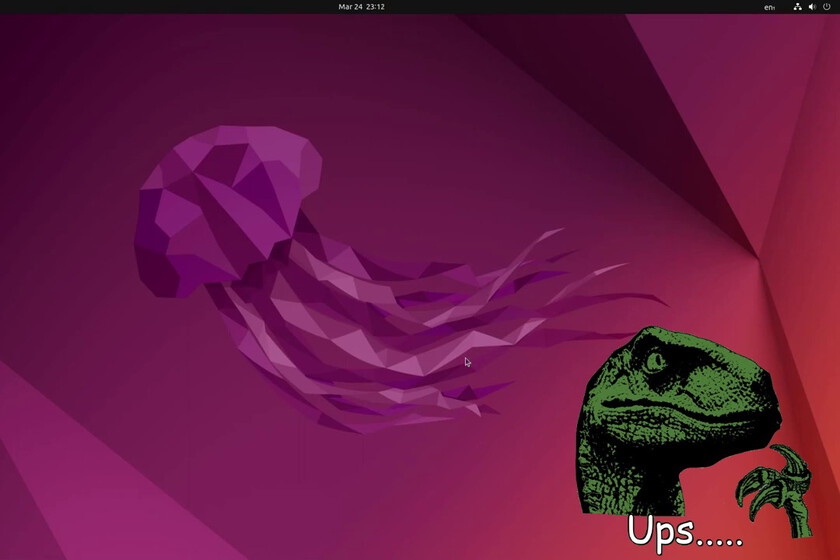 Ubuntu it is not, precisely, a Linux distribution that has us accustomed to an erratic rhythm on their releases. On the contrary, it usually sticks to its pre-established schedule. However, the ‘ubuntera’ community expected the release of Ubuntu 22.04.1 for today… and we already know that this will not be the case.


What happened? The reason for this mishap lies in a serious bug that prevents Snap apps (an installation format created and popularized by Ubuntu itself) can even run on those computers that make use of the OEM installation option.

By OEM installation we mean that which is carried out by hardware distributors who preinstall Ubuntu on their computers, but leave certain configuration details up to the retailer —which are usually detailed during the installation itself, such as language preferences, time, keyboard and the creation of user accounts—.

Łukasz Zemczak, software engineer at Canonical, has explained on the official Ubuntu mailing list that obviously “this behavior observed in our ‘release candidates’ would seriously affect the experience of any user whose login was created after an OEM installation”.

“In order not to compromise the quality of the installation media, we have decided delay the release of 22.04.1 one weekreleasing on August 11, 2022″.

Fortunately, Ubuntu 22.04.01 is not a ‘major version’ of Ubuntu, but would be the equivalent of a Windows ‘Service Pack’. The 22.04 was released last April, and it was an LTS version: Offered ‘extended support’ (ie it will continue to receive updates until 2027), and Canonical won’t release another LTS for another two years.

THE 10 MOST DANGEROUS COMMANDS for Windows, Mac, Linux

What happened will only intensify the debate on Snap applications, already highly questioned by the Linux communitywhich accuses them of ‘bloating’ installations (each package includes all program dependencies, so the same library can potentially be installed hundreds of times on the same computer).

Precisely, one of the most controversial aspects of Ubuntu 22.04 was its change from Firefox (the distribution’s default browser) from a traditional APT package to a Snap one– Many users also complained about slower performance in the app.

That’s not to mention that a Snap package vulnerability has already forcedlast February,** to patch compatible distributions** with it to avoid exposing it to attacks based on privilege escalation.