a system that seems anything but modern 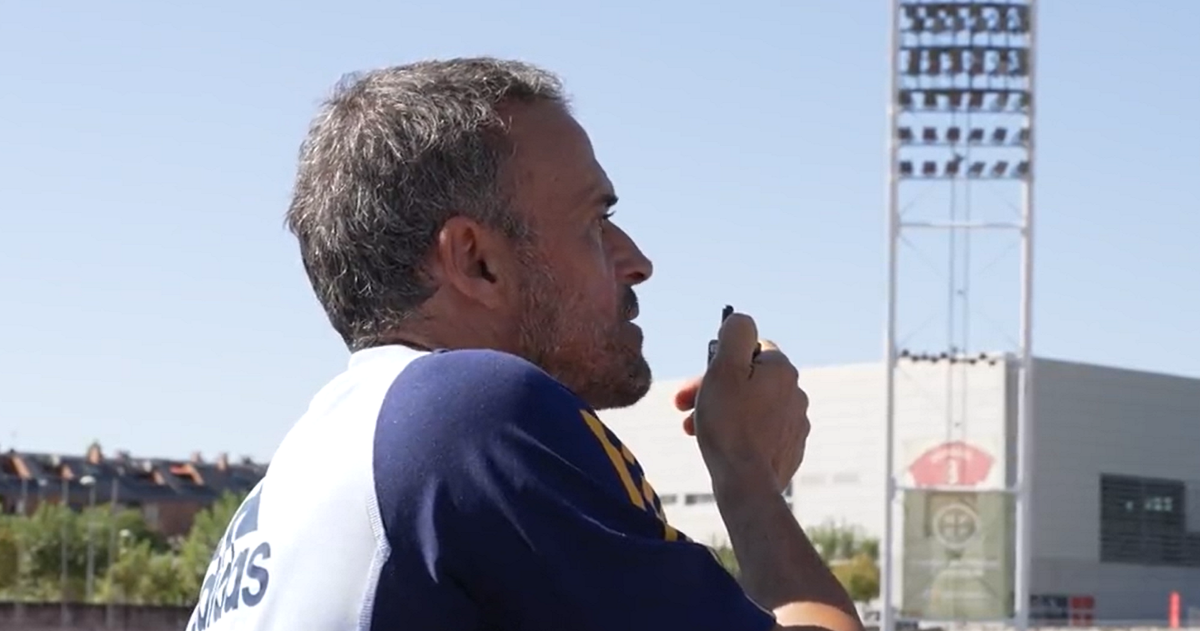 Share
Facebook Twitter LinkedIn Pinterest
Contents hide
1 The Spanish National Team brags about its new wireless communication system, but just bragging about “the latest technology” is talking too much.
2 The networks have mocked the concept of the latest technology that Spanish football has

The Spanish National Team brags about its new wireless communication system, but just bragging about “the latest technology” is talking too much.

Technological advances sneak into practically all sectors, and for sport have supposed and suppose an authentic revolution. One of the most obvious cases is that of football with video arbitration. Arbitration decisions a few years ago were limited to the criteria of the linemen, background referees and main referees, but now they have supported by a set of high-quality cameras that will clarify any doubt in the most controversial plays and reflect more real statistics. In tennis the system of Hawk Eye It has been running for even longer, making matches much faster and offering fairer results.

The Spanish soccer team has recently shared on Twitter its new communication system for training, and has shown a video in which Luis Enrique presents it to the players. The trainer explains that it is a system that goes inside the kit, with a harness attached to the back. Inside, a loudspeaker reproduces the orders executed by the trainer remotely using a walkie, and excuses him from yelling to address the players. The National Team’s Twitter talks about “latest technology”but the truth is that the system seemed quite archaic.

📶 The latest technology at the service of our people!!

🔊 @LUISENRIQUE21 gives instructions through a walkie and the players of the @SEFutbol They receive them in a small speaker that they have inserted in their training clothes.

To begin with, it is a communication system that is impossible to use in official matches, so It will only be used in training. Being something for private use, the logical thing would have been to invest in some kind of earpiece like the one referees wear to communicate with each other. In addition, although the reception system is small, a strong blow from the back can cause the device to do a lot of damage in the position in which it is placed.

From what the system appears to the naked eye it also does not allow to set different channels to talk to each player, so everyone gets the same commands. The Mister corrects it by addressing each one by name, but when two players are close the signal may be added, as Luis Enrique indicates at the beginning of the explanation. This, in my opinion, can be more distracting than anything else. Another disadvantage of this “latest technology” is that does not offer the possibility of return communication. The player cannot chat with the coach, and even if the receiver had a microphone and the ability to transfer sound, his position on the back would cause absolutely nothing was heard.

In short, what the National Team sells us as avant-garde in its latest communication on networks is actually a rather outdated communication system. Today there are much more efficient ways to integrate technology into sport, and certainly a walkie-talkie system doesn’t scream innovation when you see it.

10 Scientifically Proven Practices That Help You Learn Anything Faster