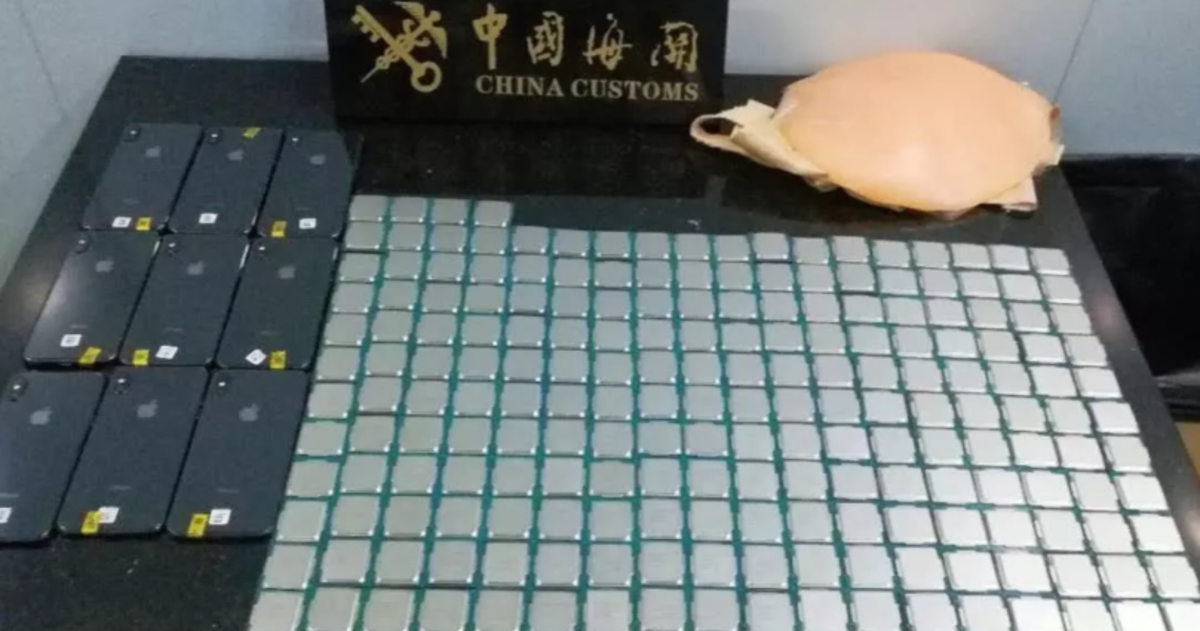 The story behind the discovery of 200 Intel processors in the body of a ‘pregnant’ person.

Smuggling is a technique that has existed for as long as there are borders in the world, that is, for a lifetime. This is a technique that allows products to ‘sneak’ into a country without paying the corresponding customs duties or, of course, the introduction of prohibited products. In the latter case, the most frequent thing is to want putting drugs in suitcases or attaching them to the body to avoid detection. Sometimes, however, we can talk about another series of elements, such as technology or, of course, animals.

In the case that we are presenting to you today, the smuggling has targeted dozens and dozens of processors and, furthermore, a total of 9 smartphones. The method used to attempt this illegal act is what has attracted the most attention, since it had seemed credible to a woman to impersonate a pregnant woman. Through this curious and predictable method she wanted to enter China. As it seemed that it could happen, has been detected by the authorities and subsequently arrested. The pregnant belly hid more than 200 Intel processors.

Let’s see, therefore, the ins and outs behind this curious story, why it is a practice that is not the best among the available alternatives and, of course, how it was intercepted by the police forces in the border area itself. . Undoubtedly, could have camouflaged the disguise better and, of course, better check his alibi, since he had a very advanced ‘pregnancy’ and, at the time they asked him, he answered that he was 4-5 months old.

According to the information provided by Techspot, this discovery took place recently between the border of Macao, an independent territory, and Zhuhai, a city in the province of Guangdong, already part of the territory of China. The officers present at the scene observed how a woman, apparently pregnant, had a gut that was not typical of a pregnant person. This made them suspicious and soon, after verifying that the movements were not entirely natural, they decided to intervene.

Smuggling in China is a frequent practice due to the potential profits that can be obtained. Image: Techspot

They separated the woman from the group she had been in and asked her a few quick questions. She, the smuggler, claimed that she was 4-5 months pregnant, but the truth is that the gut corresponded to a person she was about to give birth to. After carrying out some checks, it was possible to verify how up to 202 Intel processors were hidden inside a case with the bulging shape of a pregnant belly. The goal was to be able to sell them on the black market within China.

The model was LGA 1700 and, once put on sale, they could have a joint price of $100,000. In the same way, he had a total of 9 iPhones attached to his body, so the loot could be even more than that estimate. It is, therefore, an important finding for the Authorities. Possibly, having bought them together, together with the absence of paying taxes, he could obtain a great margin on the black market.

Is about one of the most prominent caches of all that have been reported. On other occasions, people have been able to detect up to 146 iPhones attached to their bodies or processors attached to their extremities. This new case highlights the difference in price that there may be in a terminal arriving from outside of China to the country. It is unknown, however, what may be the fine or prison sentence that this person could face in the future.