After the iPad, “Papers, Please” comes to iPhone and Android 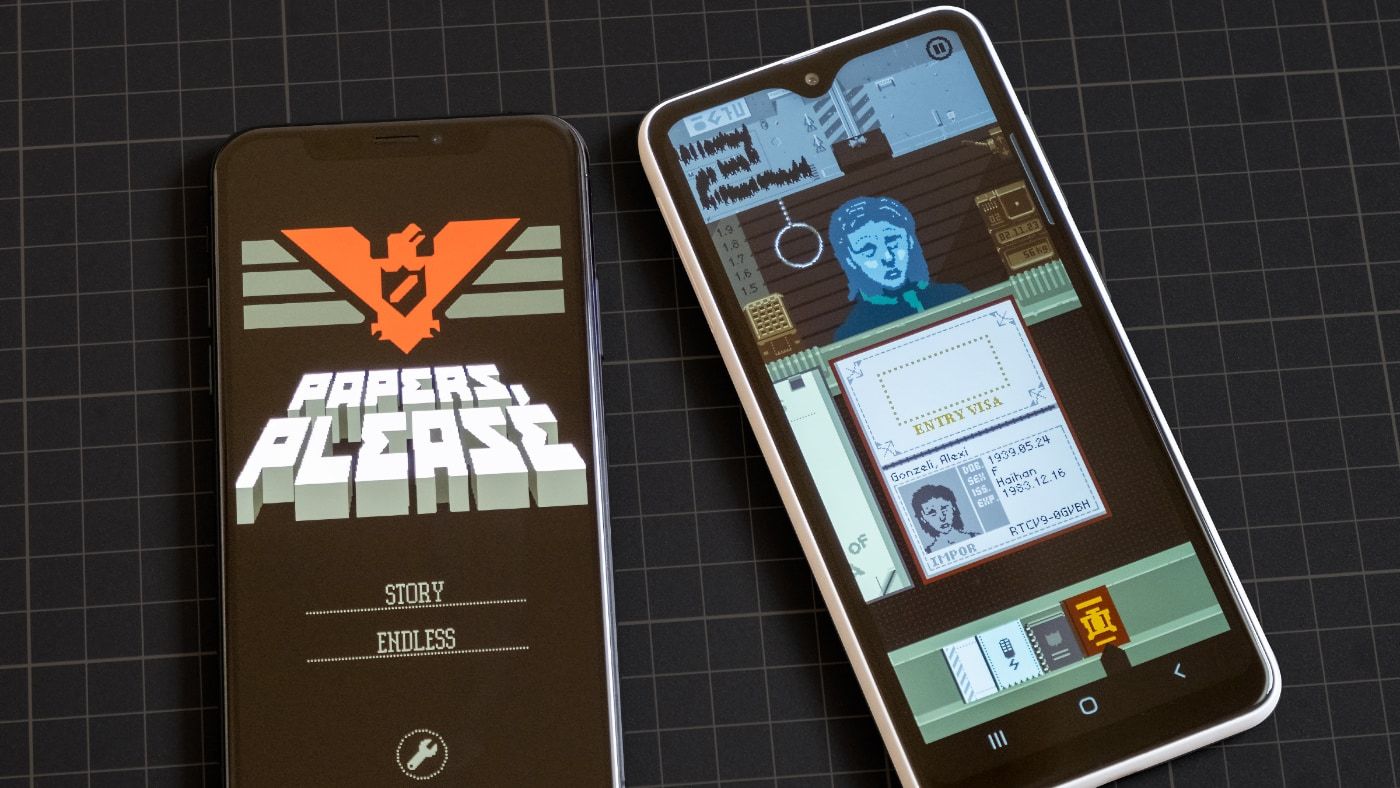 Late last month, Lucas Pope announced that his dystopian documentary thriller “Papers, Please” would be coming to iPhone and Android in early August following its iPad debut in 2014. Papers, Please is one of the best mobile games out there, and it’s now accessible to even more gamers with the new update for current owners of the iPad version, making it universal, and launching on Android.

Papers, Please is “approved” on phones

The 1.4.0 update has just been posted on the App Store, and is now available on the Play Store. This means that you no longer have any excuse to miss this perfectly calibrated gem for touch screens. Watch the launch trailer for the smartphone version:

If you haven’t played “Papers, Please” yet, you control a Border Patrol agent who will decide the fate of many people who try to enter the fictional country of Arstotzka. Along with great writing and characters, the game features unforgettable music. Better, the developer took care to translate it into several languages ​​including French and Basque for example.

If you’re wondering, Papers Please was critically acclaimed when it was released in 2013 on PC, thanks in particular to its striking universe, its extremely well thought-out game mechanics and above all its original and engaging story. Each decision is to be taken with the greatest precaution, and observing is more than advisable before acting. An excellent game to discover at a low price now on the App Store for iOS and on Google Play for Android.

Have you ever played Papers, Please? What is your opinion on this one-of-a-kind game?

migration to the Freebox Delta WiFi 6E is available

Stalkerware, the most common form of digital harassment: Kaspersky

Worldwide, the use of Stalkerware has increased considerably and unfortunately it is associated with cases…

Danger bells are ringing for Netflix! no one expected this

In other words, of Netflix Less than 1% of its 221 million customers enjoy games…