After years of searching, I finally found the (almost) perfect app to listen to a podcast 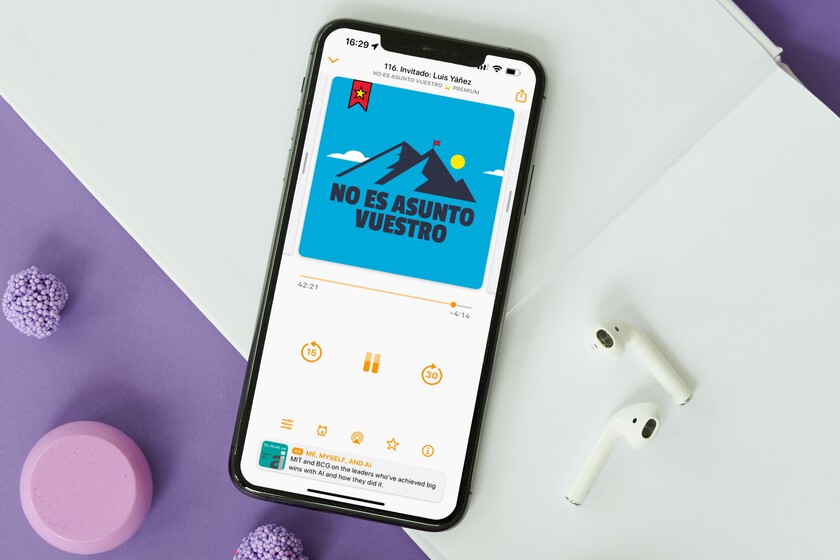 Share
Facebook Twitter LinkedIn Pinterest
We are living a golden age of podcasting There is more and more content to enjoy, in all kinds of categories and with all kinds of references. From small creators that are increasing their fame to renowned radio programs that duplicate their content on platforms. According to this, we also find a good panorama of applications to listen to podcasts from the mobile.

Overcast is one of them. I am not going to say categorically that she is the best. I am not one to get into personal tastes and preferences of each one, since in the end, as with everything in life, each one has the vision of it. yes i will tell you that for me it is the best app in this field of podcasting, although it also brings me down the path of bitterness. I will talk about all of this in the next few lines.

Contents hide
1 A 100% free app, although with premium features
2 Overcast
3 Its interface is the key to everything
4 Other Featured Features
5 Its biggest drawback is not being on Android

A 100% free app, although with premium features

In a maelstrom of subscription applications in every corner, finding a free app is always welcome. Overcast is, both in its download and in its daily use without requiring mandatory in-app payments. It is fully available in the iOS and iPadOS App Store, with compatibility also with Apple Watch. About its non-Android version I will talk to you later, since it has its crumb.

It must be said that the app contains ads, but it is a non-intrusive advertising. It is limited to a small banner located at the bottom of the screen and that appears during the playback of the episodes. Also, it’s not advertising of any kind, as it’s all ads for other podcast shows that you can find within Overcast itself.

If you don’t even accept that little advertising element, you will be able to access a premium version of 9.99 euros per year. This would be just over 80 cents a month, a price that can hardly be described as high. Personally, I don’t tear my hair out to pay the proper amount for an app that’s worth it, and Overcast would be one of them, although I don’t need it either.

And I don’t need to pay for its premium version because, at least in my opinion, it offers uninteresting extra features beyond removing advertising. Being able to upload your own files and changing the app icon to one with blue elements are the only other two options. For everything else, there is no difference with respect to the version free of the app.

Its interface is the key to everything 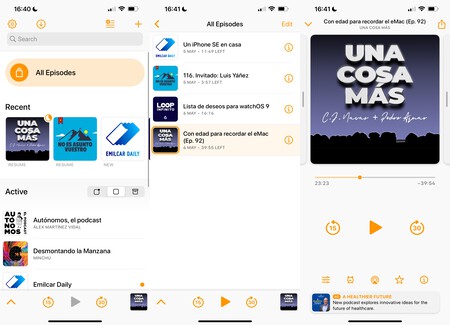 I hadn’t commented on it before, but Overcast is only available in english. However, this is not a drawback at all, since it serves to further enhance its main asset. Are minimalist and intuitive that I’ll bet anything that anyone could understand it, even those who find the old language of Shakespeare out of place.

The app recently underwent a redesign that, in any case, does not change its essence at all. A unlike most podcast apps, there aren’t a lot of tabs and submenus to overwhelm the eye or make it lose focus of being a player. In fact, there is only one main tab with a complete absence of menus, except for the unmistakable settings panel.

Less is more with Overcast: it brings all your content together in a very intuitive tab, seamlessly integrating actions via swipe gestures. 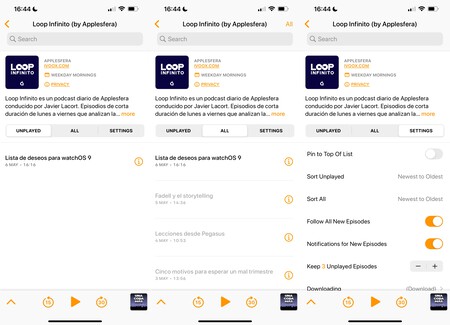 In this unique tab you will find sorted all the podcasts you have subscribed to. At the top will appear those recent ones that you have started listening to or that have released a new episode. This section also includes a clock icon at the top to see how much is left to finish the episode.

Already at the bottom you can choose the possibility of seeing the entire list of subscriptions with an indicative orange dot for those who have new content or see only those who bring new material. In a third view you will see the unsubscribed podcast archive and of which you have at least one episode downloaded.

When you enter each program you will find three other views: unplayed episodes (Unplayed), all (All) and settings related to them (Settings). In the list of episodes there is a series of swipe actions that allow you to download them; by swiping from right to left mark them as favorites or add them to a list (swiping from right to left). By sliding from left to right you can delete them if they are already downloaded or mark them as listened to. 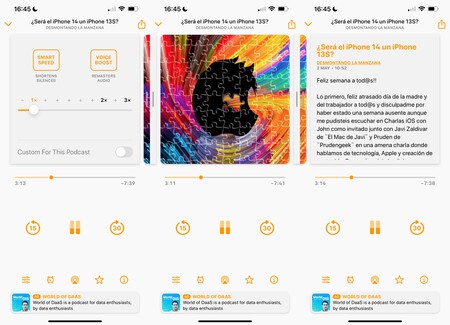 All player options are available in one or two taps, including its special features for playback.

Already during episode playback we find the cover of the podcast as the main element, being able to slide to the left to configure the playback speed or to the right to find the notes of the program. In the lower part, the already classic time bar with play/pause options and the possibility of moving forward or backward a few seconds (it can be configured according to each person’s preferences).

Without leaving the player, we find other actions at the bottom such as the aforementioned speed functions, setting a countdown to stop playback (ideal if you listen to a podcast before going to sleep), AirPlay options, the possibility of adding the episode to the favorites list and again an access to the program notes . 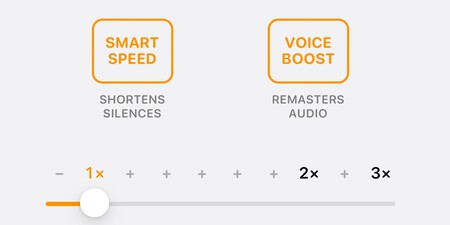 Although I mentioned it before, I think it is important to expand the data on the playback speed a little more. And it is that, unlike other apps, Overcast offers a smart speed system. In fact, it is literally called that (Smart Speed). This means that, despite accelerating the content, this sound as natural as possible.

I admit I am not a big fan of listening to podcasts at a speed other than normal (x1), but when I have accumulated pending episodes and I have been in a certain hurry to listen to them, it has been wonderful for me. And it is that this function is combined with a mode called Voice Boost which in itself improves the audio quality in general by enhancing the voice, eliminating or reducing annoying noise and echo elements. 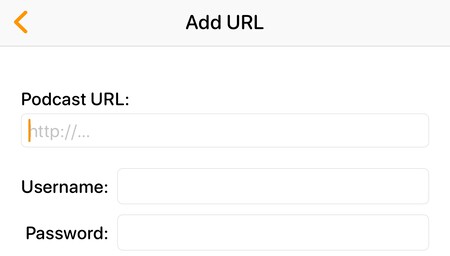 A function that may not be of interest to the majority, but at least to my particular interest, is that allows you to add premium podcast. I’m subscribed to several paid podcasts that have a password protected private feed and on Overcast you can easily add them and manage them just like any other public podcast. And I know that this is not an exclusive novelty of this app, but apart from the fact that not all of them have it, some of those that implement it can cause problems.

Its biggest drawback is not being on Android 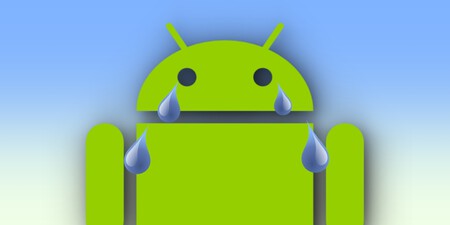 Already in the headline he spoke of Overcast as an “almost” perfect app. Well, this is almost because the app it is not, nor is it expected in the Android Google Play. Not even far from Google’s regulations as an independent apk that can be downloaded from the Internet.

Days before writing these lines, I tried to contact the Overcast development team to find out if their roadmap included integrating the app into Android. I didn’t get an answer, but if I had, I’m sure I would have received a resounding no. And these are not pure assumptions, since I am basing myself on the critical developer opinion regarding android apps.

Dated July 2021, Marco Arment, developer of Overcast, published a controversial tweet in which he basically came to confirm that will never bring Overcast to Android. Literally, these were his words:

“As long as I have Overcast, barring any big unforeseen events, there will never be an Android version. I’ve only had horrible experiences and impressions of the Android app market, and frankly, I don’t want anything to do with it.” 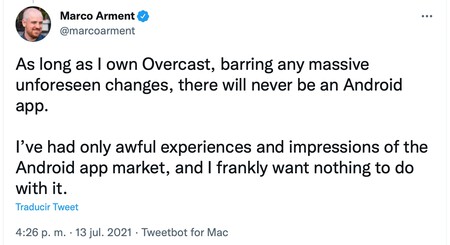 Beyond analyzing Arment’s arguments, the reality is that Millions of users miss Overcast for its absence in Android. I’m just one of them and, luckily, I have an iPhone where I can squeeze it. However, for my work and my hobby technology, I move between iOS and Android. I’m a serious podcast user and, despite the good range of apps that exist on Android, I haven’t been able to find one that matches the experience I feel with Overcast.

Therefore, it is impossible for me to have my podcasts synchronized and, when I move to Android, I have to manually discard the podcasts that I have already listened to in iOS Overcast. If you’re curious, I’ll tell you that lately Pocket Casts is the app I use on Android. And although the latter is also on iOS, it still seems less comfortable than Overcast. So, much to my regret, the search for the perfect app to listen to a podcast has not ended. Unless Marco Arment changes his mind.