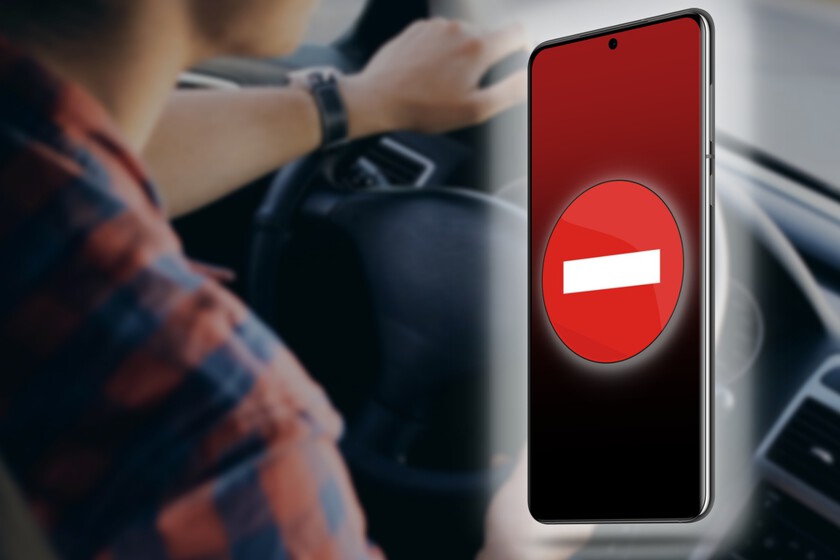 Share
Facebook Twitter LinkedIn Pinterest
Since the new Traffic Law came into force, there are many Doubts regarding the use of the mobile in the car. We know very well that this action can be dangerous, but at the height of the fake news It is common to find friends or acquaintances who talk about fines and loss of points in situations in which it is not so foreseeable that we can be sanctioned.

There is also a lot of talk about supports approved by the DGT, the use of the telephone at gas stations and even alleged changes when handling it at a traffic light. But what is real in all this? When can or cannot they fine us for carrying the mobile in the car? In accordance with current regulations and various queries made to the DGT, we will answer these and other questions in this post.

Can I use the mobile if I am stopped at a traffic light?

Quick answer: no. The explanation comes from difference between parking or stopping. In the first case, it is considered that we are parking the vehicle in order to get out of it or, at least, stop driving for a few minutes. This action is considered to have been carried out when the engine is also stopped and, obviously, in a suitable place for it without hindering traffic.

What is done stopping at a traffic light is an arrest. The engine is still running and, despite not being moving, it is still within the action of driving, since the driver must pay attention to the signaling of the traffic light itself and avoid distractions in the same way. Therefore, using the mobile in this circumstance it is just as penalized as if it is used while driving.

Doubts regarding the use of mobile phones at a gas station 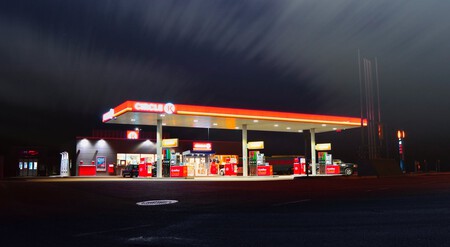 Not long ago we already discussed the issue of using the mobile at a gas station, but we refresh it. The General Traffic Regulations indicate that electronic devices such as mobile must be turned off during refueling or when near the dispenser.

The reason for this is not so much derived from possible fire hazards, since there have been no recorded cases in which the mobile has caused a similar accident (according to RACC). The real danger comes from distraction what this can mean.

In any case, the DGT confirmed that There is no campaign that plans to penalize the use of mobile phones at gas stations. Similarly, they indicate that no driver has ever been penalized for this reason. Thus, using the mobile at a gas station could only be penalized if it is being used with the vehicle in circulation, in the same way as if it were another road. 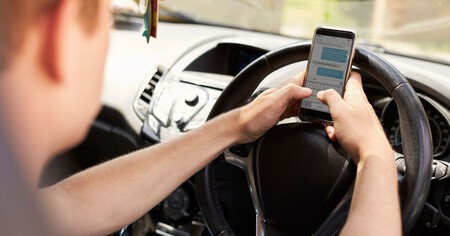 We arrive at one of the most important sections and that some more serious consequences can entail. The use of mobile phones while driving is considered a serious offense. The reasons are obvious and the distraction they entail is the main cause of traffic accidents in our country.

And by mobile use, we mean interact directly with your screen while driving or while stopped at a crosswalk or traffic light, as we mentioned earlier. In the same way, holding it in the hand is also punishable, even if it is not being used or is turned off. If the mobile is in a support, the sanction changes slightly (we will see it later).

The controversy over the use of the mobile in a support 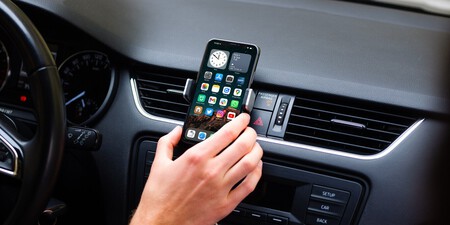 You may have read or heard about mobile phone holders approved by the DGT and that can be carried inside the vehicle. And the truth is that the General Directorate of Traffic does not give rise to doubts about it, this being a popular controversy that is not directly related to them.

We saw it a while ago and we confirm it again now: using a mobile support is not punishable as such. However, there may be cases in which it may indirectly become a reason for sanction.

There are no supports approved by the DGT. It is enough that you do not use the mobile on it and it does not hinder your vision of the road.

The first of these cases is that you are using the mobile while driving, which has an identical penalty to using it directly in the hand. You are fined for the use of the mobile and not for carrying a support, although in this case the loss of points is reduced by half.

The other reason that you can be sanctioned is that the support is blocking the view. The regulation indicates that the driver must take maximum care of his field of vision, so if the support is located on the windshield or another place that may be a distraction, you may be penalized. yes, this always depends on the interpretation of the agent and, in the same way, they can also sanction you if instead of a support it is any other element that is reducing the field of vision. 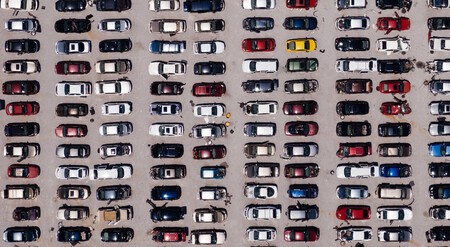 In line with everything mentioned above, we see that as a general rule it is prohibited to use mobile devices at the wheel and even hold them. Similarly, it is penalized with harsh economic sanctions and loss of points. However, to a lesser extent, there are certain occasions when using the mobile in the car will not entail a penalty.

For example, being parked in a place reserved for this purpose, with the engine off and the vehicle completely immobilized. Also if you are one of the companions of the driver, either as co-pilot or in other seats. also if you are going to make a contactless payment in a parking lot, toll booth, restaurant with car service or similar. Similarly, if an agent has stopped you and asks you for some information that you should check on your mobile, you will have authorization to do so.

In any case, and closing with the conclusion, there are few cases in which the mobile can be used. There is no circumstance in which, while driving, you can do it. And without even directly interacting with it, just holding it, you can also be punished. So, as a precaution against dangers and sanctions, it is best that you forget your mobile phone in the car, unless you use it for GPS, in those cases using the driving modes enabled for this purpose.

Is the Vatican going to enter the metaverse? Suspicion makes you lose faith in it

Does your mobile lose Wi-Fi all the time? How to solve it