Share
Facebook Twitter LinkedIn Pinterest
Contents hide
1 The solar system is made up of 8 planets and one star, the Sun. Discover in this article the distance between them.
2 telluric planets
2.1 Mercury
2.2 Venus
2.3 The earth
2.4 Mars
3 Jovian planets (gas giants)
3.1 Jupiter
3.2 Saturn
3.3 Uranus
3.4 Neptune

The solar system is made up of 8 planets and one star, the Sun. Discover in this article the distance between them.

We live in what we believe is a infinite spaceso it is not strange that we wonder what is our place in the universe. To put a little light into the darkness, in this article we have proposed to explain all the planets of the solar system and their distance from Earth.

First of all, let’s see what are the features that a planet must meet to be considered such.

a planet is a celestial body what should orbit around a star and have a shape apparently spherical. In addition, there needs to be a emptiness around you that is: a planet cannot have another body of similar size to its own in an orbit close to its own, except for its own satellites.

In our Solar system There are eight planets that are in order of distance from the sun: Mercury, Venus, Earth, Mars, Jupiter, Saturn, Uranus and Neptune.

If you want to remember the order of the planets you can use some trick mnemonic. You can think a sentence whose words begin with the first letter of the 8 planets.

Likewise, one of the fundamental elements of the planets of the solar system is the fact that They can be grouped into two large groups. on one side, telluric planets. On the other hand, jovian planets (or gas giants).

a telluric planet (term from the Latin telluricus/tellus, earth), is a planet mainly composed of rocks and metals capable of generating a solid surface.

There are four telluric planets: Mercury, Venus, Earth and Mars. These are the closest planets to the star of the solar system, the Sun, and the same ones that are located above the asteroid belt. All four are made up of rocks and their composition follows the same pattern: crust, mantle, and a core at its center.

East telluric planet is characterized by having many craters on its surface (consequence of the numerous impacts of meteorites on its surface) and have ice at both poles.

It is a planet whose atmosphere is practically non-existent, only has some trace of gas. The fluctuations of its temperature are very large, ranging from -180 °C to +430 °C.

It does not have satellitesits translation is 88 Earth days, while its rotation is 58 days. 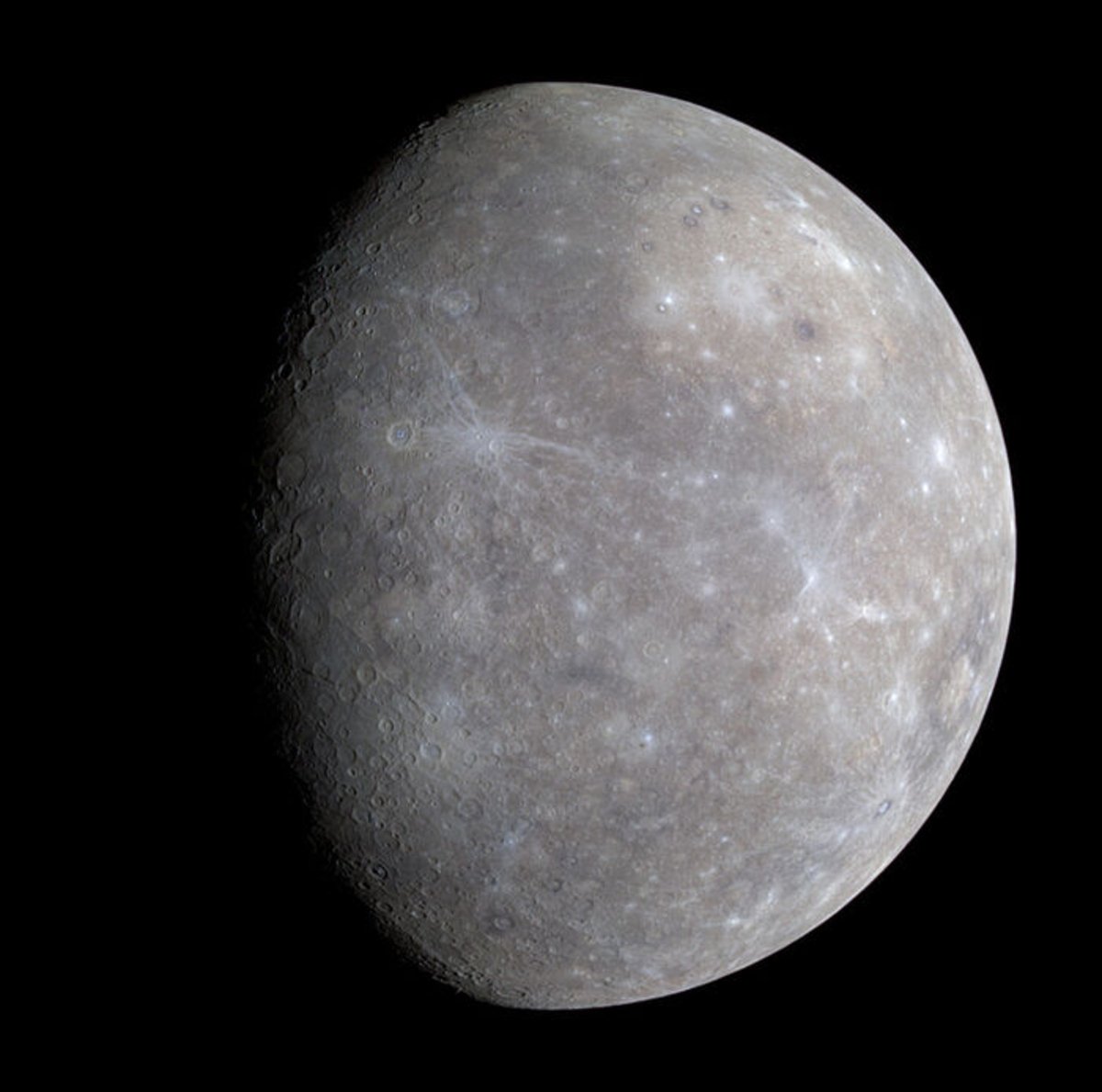 Venus It is the second of the telluric planets and is made up of many mountains, volcanoes, canyons and craters. Its atmosphere is composed of carbon dioxide, nitrogen, sulfur dioxide and sulfuric acid, so the greenhouse effect on Venus it is very relevant.

The average temperature of the planet is 453 °C, its translation lasts approximately 225 Earth days, and its rotation 243 days. To keep in mind that the rotation of Venus is retrograde, in a clockwise direction. It has no satellites in its orbit. 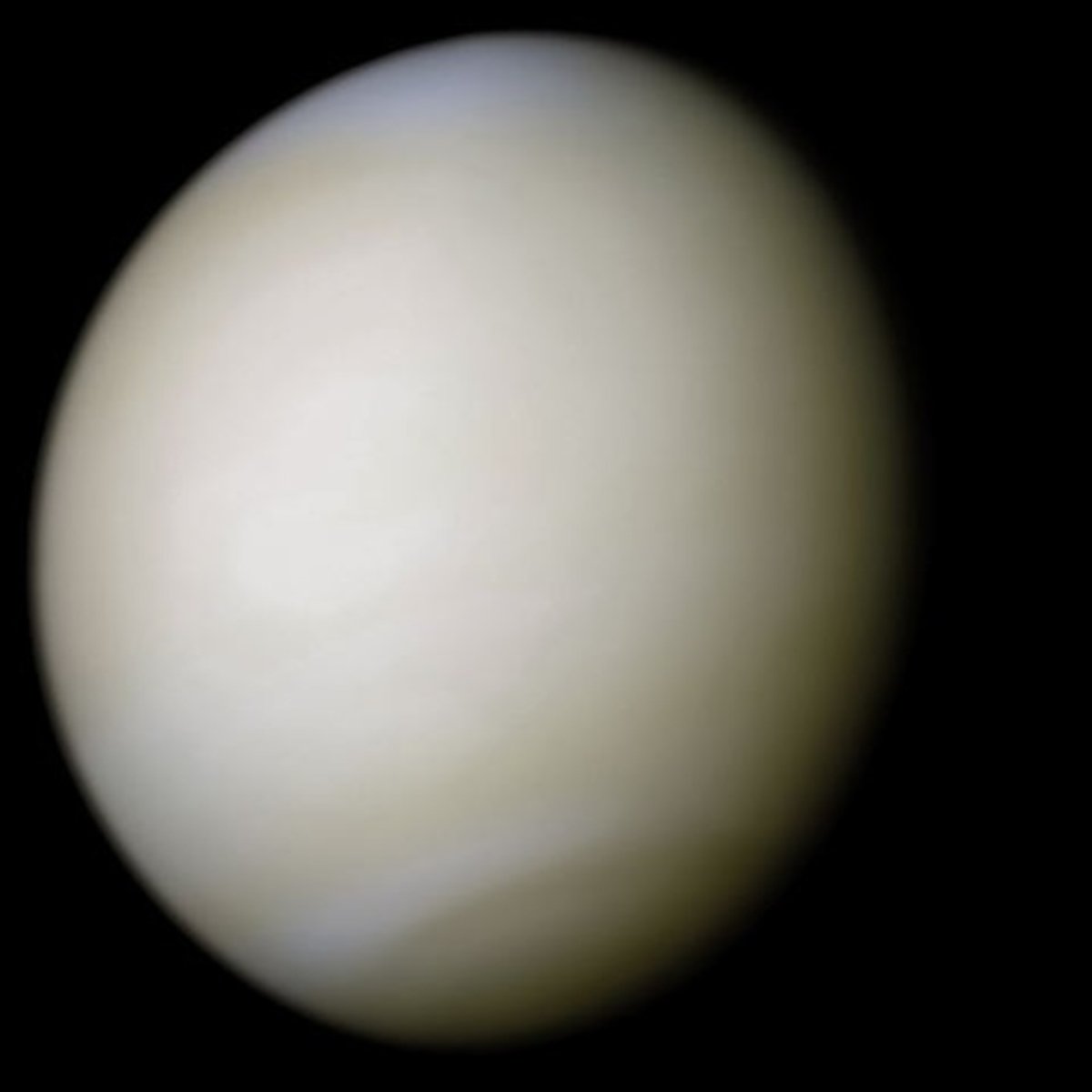 our planet is rich in mineral salts and waterand its relief is rugged and varied.

Given the characteristics of the Earth, life on our planet is possible. One of the several elements that make possible the existence of life is our atmosphere, composed of Nitrogen, Oxygen, Argon and Carbon Dioxide.

terrestrial temperature it oscillates between -60 °C and 45 °C, its translation lasts 365.25 days and its rotation lasts 24 hours (the same as one day). The Earth’s satellite is Moon.

Orbiting around our planet we find the ISS, a scientific mission which aims to investigate and discover all possible information about our Solar system and all its planets. Few know how to see the international space station from Earth. 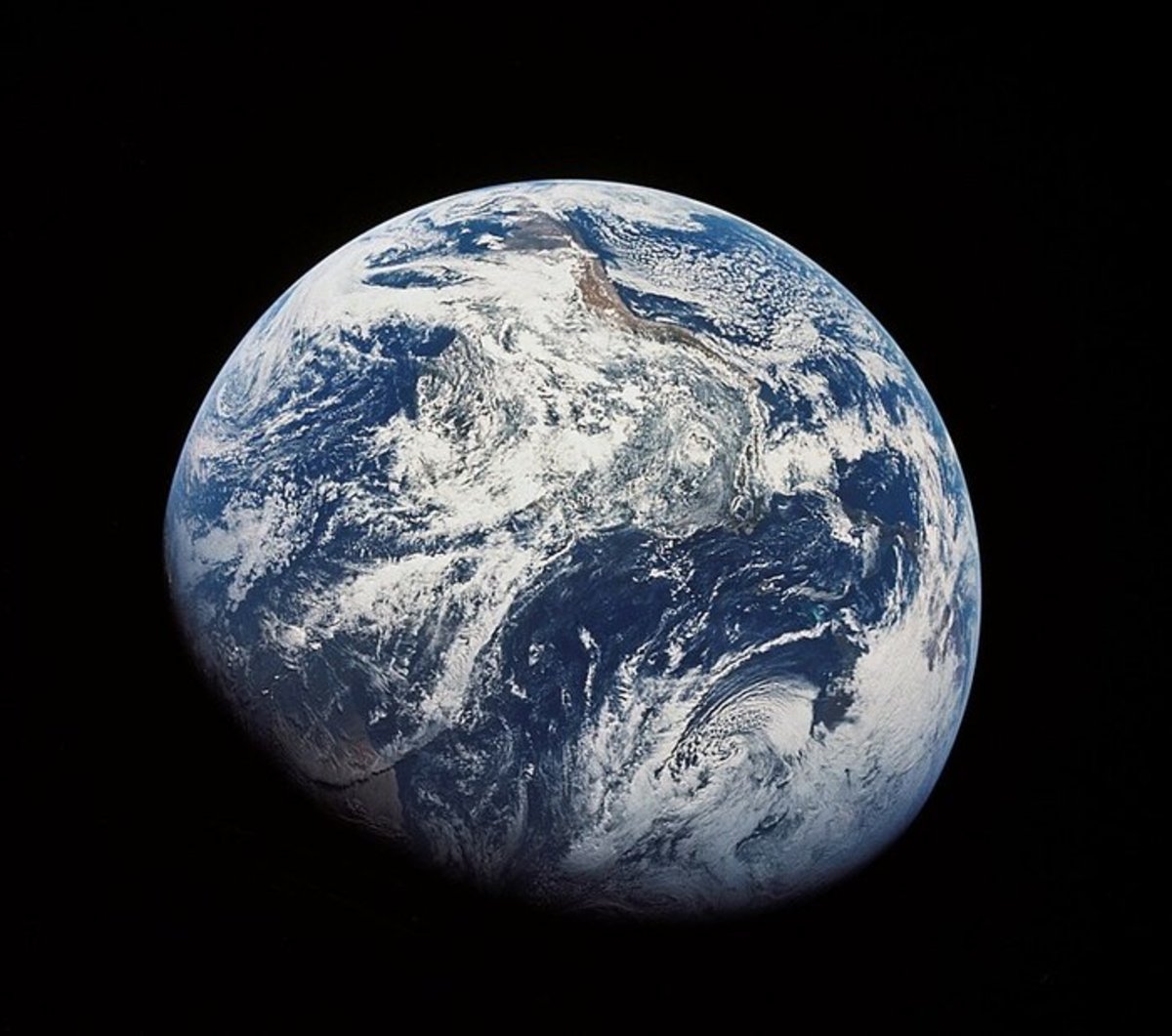 The last telluric planet is Mars. It is red in color due, above all, to the presence of red blood cells on its surface. Its relief is very rough by the immense amount of craters that we can find.

Similarly, Mars has ice at both poles, and its atmosphere is composed of carbon dioxide and oxygen. Its temperature oscillates between -123 °C and 37 °C, to which is added the presence of a strong wind, a translation of 687 Earth days and a rotation of 24.63 hours. It also has two satellites, Phobos and Deimos. a jovian planet, (referring to Jupiter), also known as gas giant planet, It is a large planet, composed generally of gaseous elements.

These planets are the largest in the entire solar system. Among other things, they have a large number of satellites. In addition, in our solar system, this type of planets usually has planetary rings and very dense atmospheres.

Jovian planets are the furthest from the sun being in order: Jupiter, Saturn, Uranus and Neptune.These four planets appear not to be made up of gas alone, but all observations point to a solid rocky core.

Its about largest planet in the solar system. It has neither water nor lithosphere, and its atmosphere* is composed of Hydrogen, Helium, Ammonia, Methane and Ethanol.

Their temperature Outside the clouds it is around -153 °C, its translation lasts 11.87 Earth years, while its rotation lasts 9.93 hours. It has more than 67 satellitesamong them ganymede. Another of the gas giants is Saturnrecognizable for its colored rings formed by ice and rock. It does not have a lithosphere, nor does it have a trace of water. its atmosphere is mainly composed of Hydrogen, Helium, Methane and Ammonia.

Their temperature it oscillates around -185 °C. Its translation lasts 29.46 Earth years, while its rotation lasts 10.66h. It has 62 satellitesamong them Titan.

The third Jovian planet is Uranuswhich more than a gas giant, is a ice giant.

its atmosphere is composed of Hydrogen, Helium and Methane. It has no lithosphere, nor a trace of water. Their temperature It is around -214 °C, its translation lasts 84.3 Earth years and its rotation 17.2 hours.

As it happens with Venus, its rotation is retrogradeThat is, it goes clockwise. It has 27 recognizable satellites. 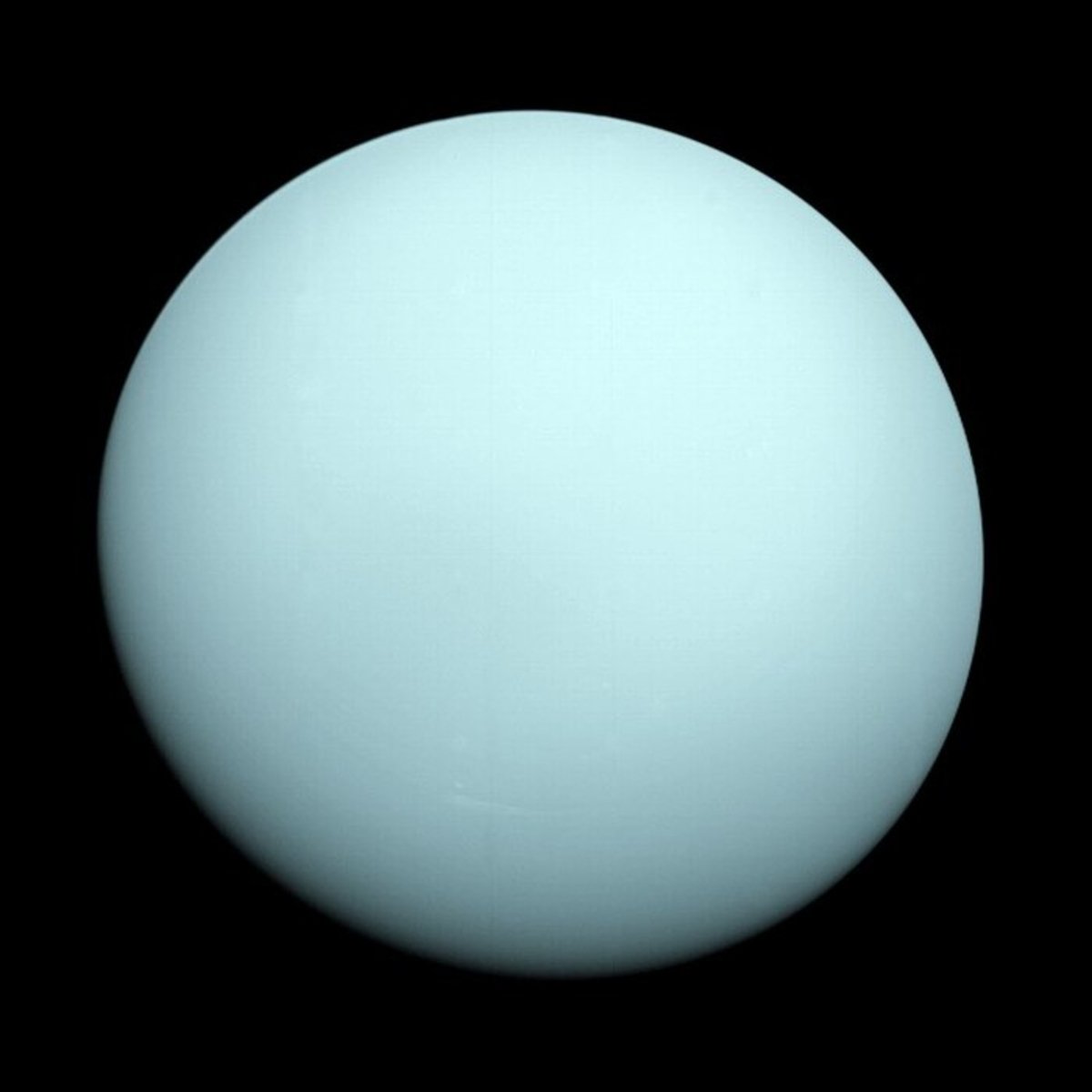 The last Jovian planet, and at the same time the last planet in the solar system, is Neptune. Also considered as a ice gianthas a atmosphere composed mainly of Hydrogen, Helium and Methane.

It does not have lithosphere, nor is there a trace of water. Their temperature It is around -225 °C, and it is a planet heavily hit by strong winds of up to 2,000 km/h. Its translation lasts 164.8 Earth years and its rotation 16.11h. It has 14 satellites