all the platforms that will broadcast LaLiga SmartBank TV 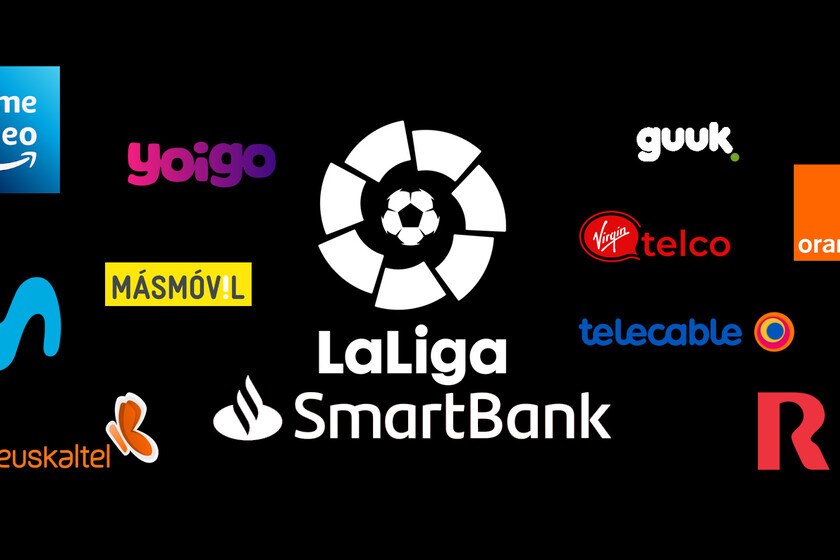 Share
Facebook Twitter LinkedIn Pinterest
The auction of the rights to LaLiga Santander ended with Movistar and DAZN as winners, but this year it has been difficult for LaLiga to find an owner for both the open Primera match and LaLiga SmartBank. The first was kept by Mediapro, but, with a few weeks to go before the start of the season, the Second Division of Spanish football still ownerless.

LaLiga then decided to market the matches in this category on a non-exclusive basis, which has suddenly caused up to nine operators and Amazon to confirm their acquisition. let’s review The ten platforms where you can watch LaLiga SmartBank this season. At the moment, because LaLiga has not ruled out the entry of new IPTV and telco operators.


At the moment, nine operators in addition to Amazon

The 2022/2023 LaLiga SmartBank season kicks off on August 12 and all its matches can be followed, along with those of LaLiga Santander, on Movistar and Orange. They will also be available in the Telecable sports package from day one and, starting in September, will be incorporated gradually to the broadcasts Amazon Prime Video, Euskaltel, R, Virgin Telco, MásMóvil, Yoigo and Guuk.

This year, as a novelty, Laliga has created a specific channel for this competitionLaLiga SmartBank TV, which will include the eleven matches of each LaLiga SmartBank matchday live and the six matches of the promotion phase to LaLiga Santander (play-offs) live, as well as summaries and weekly Highlights programmes.

The LaLiga SmartBank TV channelwhich will offer the option of accessing the narration and comments of the broadcast in all the co-official languages ​​of the state, will be included in the following platforms:

Gol changes its name and will also broadcast movies and series