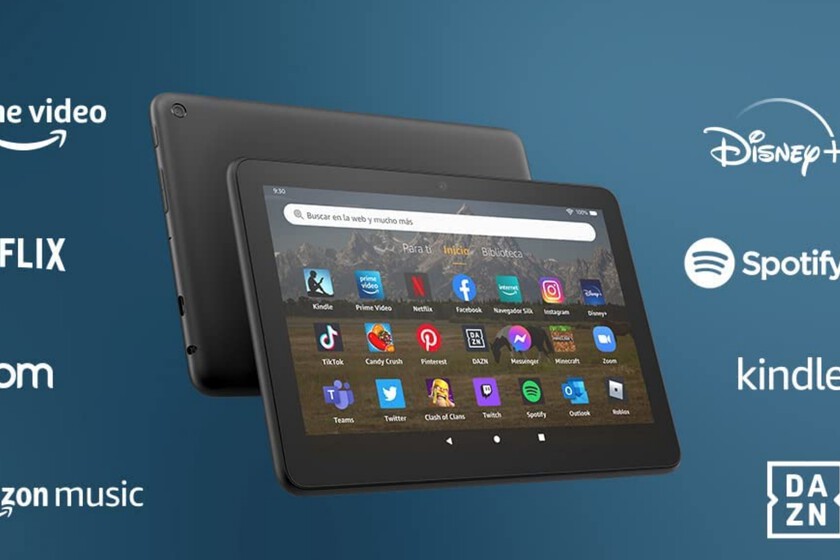 Share
Facebook Twitter LinkedIn Pinterest
After having tried the Amazon Fire 7 in 2019 and having witnessed the Amazon Fire HD 10 a year and a half ago, it was time to attend the launch of a new affordable tablet from Amazon. That time is now with the new Fire HD 8.

This new tablet aimed at basic use brings interesting specifications that, although they will not make it the best tablet on the market, they will tends to be a best seller for its price. And it is that its most expensive version is close to 160 euros and the cheapest 115 euros.

Modest in specs, with 4-year updates and ad-free software (if you want)

With a very basic design, this tablet has pronounced frames on the front. However, the 8-inch IPS screen is the protagonist in this section. A modest screen, but despite everything support HD resolution 1280×800.

On the plastic back we find a 2 megapixel main camera with video recording in 720p HD. also of 2 megapixels is the front camera. They are not very bright specifications, but if cameras are already secondary elements in tablets, they are even more so in the economic range.

Without clarifying which processor manufacturer is behind it, Amazon reveals a 6-core chip running at 2 GHz. Also included 2GB RAM. As far as internal storage is concerned, the tablet has options for 32 and 64GB Expandable up to 1TB with microSD card.

As far as software is concerned, this tablet comes with an Android layer with Amazon Services. Although if there is something to highlight at this point, it is that, as Amazon itself clarifies on its website, it will continue receiving updates until 2026. That is, there will be at least four years of support with security patches. It also stands out in this regard that there is an option with advertising and another without advertising.

Versions and prices of the Amazon Fire HD 8 Available on the market today, this tablet stands out for not only being offered in two internal memory capacitiesbut also to choose between a model that includes advertising and the one that does not. The price varies depending on it and there is only a black version with 2 GB of RAM. 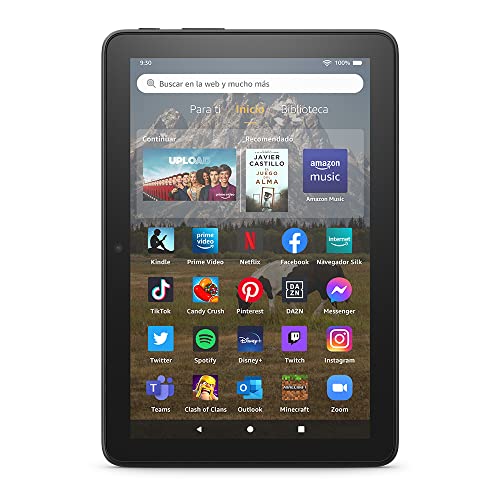