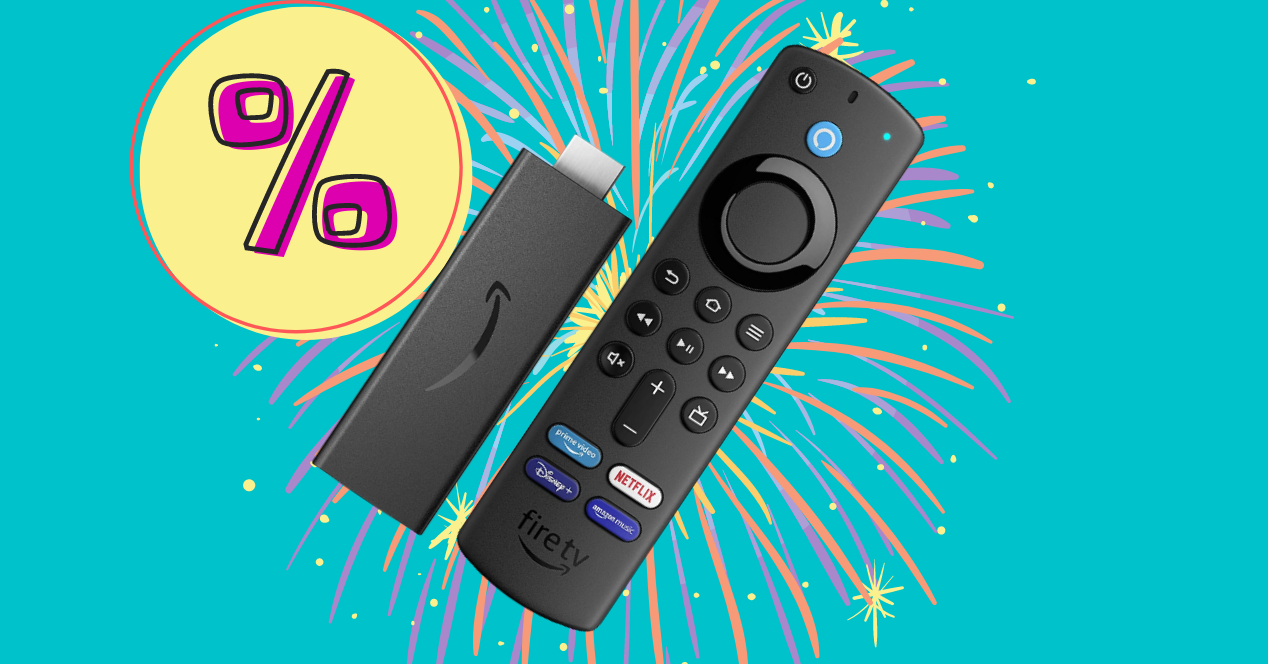 Share
Facebook Twitter LinkedIn Pinterest
These multimedia players are ideal to include on any television that does not have a Smart TV, or even on those Smart TVs in which we are missing some apps that by default do not allow them to be installed.
Contents hide
1 Fire TV Stick Lite
2 Fire TV Stick
3 Fire TV Stick 4K
4 Fire TV Stick 4K Max

The Fire TV Stick Lite is the cheapest model of all. Its most basic version has Full HD resolution and a remote with Alexa. This remote is the previous version, which allows you to use voice control, but it does not allow you to control other devices such as the one included in the latest models, nor does it have direct access to streaming apps on the remote.

We will have discreet access (no one will see that they are behind the TV) to thousands of movies and series with Netflix, YouTube, Prime Video, Disney+, DAZN, Atresplayer, Mitele and much more. We can also use it to watch live television, instead of using the DTT signal. Beyond that, this model is ideal for making any model smart, no matter how old it is. The only thing we need is an HDMI port. Its price is 19.99 euros.

For three more euros we have the Fire TV Stick. This model is the same as the Stick Lite, if we take into account that it will only be necessary to connect it to the TV. It also has 1 GB of RAM, 8 GB of internal memory, and a 1.7 GHz processor. The difference is that the controller is the new version that allows you to control the Fire TV Stick, TVs and other media devices. So you only need one remote to control your TV. In addition, we have direct access to streaming platforms.

It is a very competent alternative to Chromecast, with a low price and many features. Its price is €22.99 and the difference with the Stick Lite is worth paying those extra euros.

Looking for the 4K version of the Amazon device, we found improvements such as an HDMI 2.0 port capable of playing content in 4K UHD at 60 Hz. It is also compatible with Dolby Vision, Dolby Atmos and HDR10+, so we can play all kinds of content with great ease.

In addition, we also have the remote that allows you to control other devices. You also have the ability to ask Alexa to search for and launch content with your voice. We can even control the on, off and volume of the television with a single command. Its Black Friday price is €27.99. Considering that last year around this time it was 33.99 euros, that’s a great deal!

Lastly, the Fire TV Stick 4K Max is the most recent model. This device has notable improvements, such as a more powerful six-core processor up to 2.2 GHz, and more RAM (2 GB) to run more smoothly. In fact, it is 40% more powerful than Fire TV Stick 4K, apps launch faster and navigation is smoother. It also has Wi-Fi 6.

Its price is 36,99 euro, being the best discount to date that this player receives, and therefore its historical minimum price. So we can take advantage of Black Friday to get it at a cheaper price than in other seasons of the year. Among the offers we can choose to have a USB cable to connect to the power (eliminating the need for an adapter) or a cover for the remote.