Ammonia to make ice: why is it used? 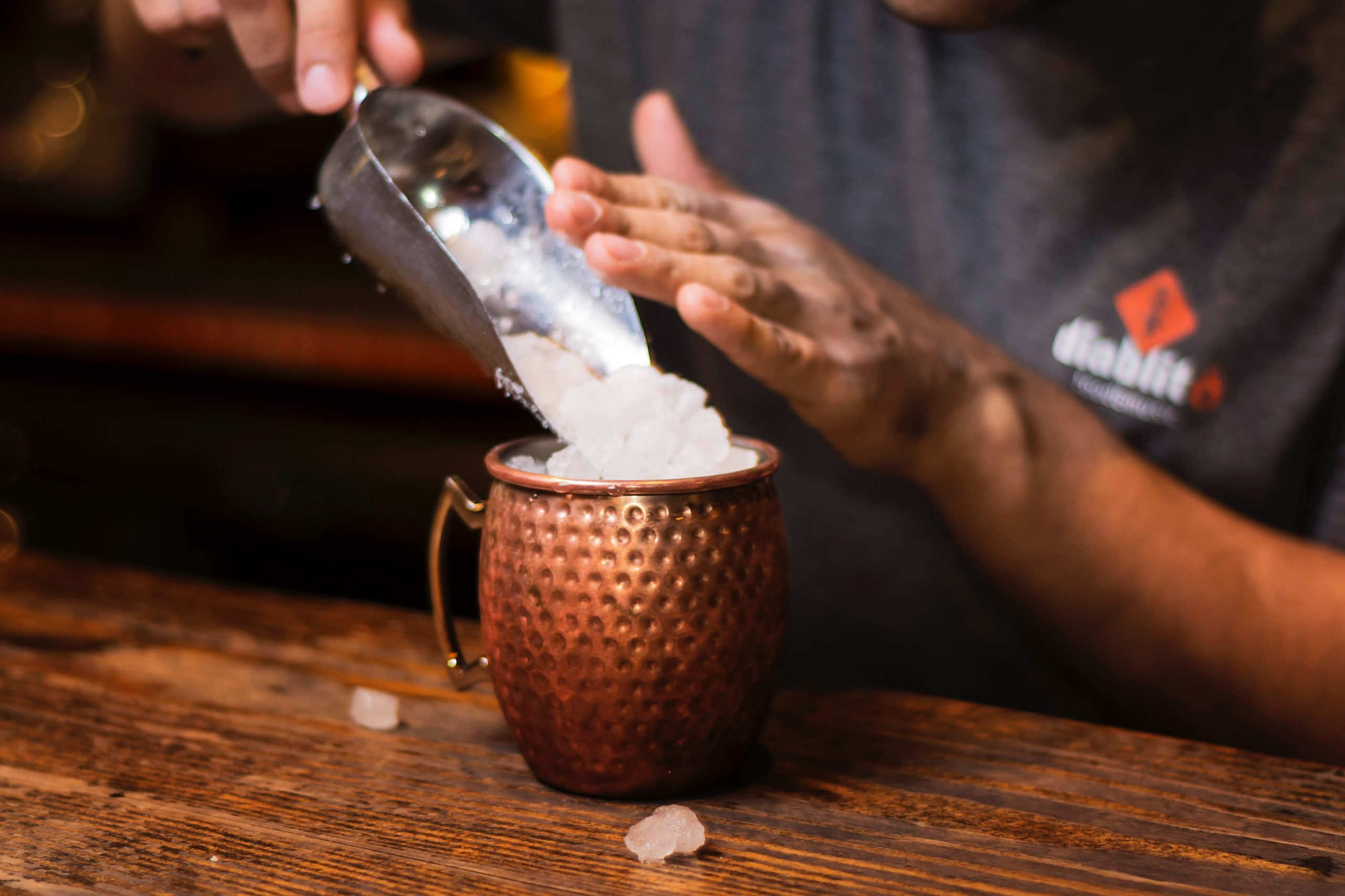 Known for a leak ammonia occurred in a ice factory in the Lonja de Gandía, in Valencia. It may seem strange that a chemical product generates this type of accident in a factory whose task, broadly speaking, is to freeze water.

But it’s not really unusual. ammonia is a refrigerant more than usual in the industry. It has drawbacks, such as toxicity which, unfortunately, two employees of the city’s fishing port have suffered. However, it also has notable advantages such as great energy efficiency. For this reason, it is still used, but with strict security measureswhich now remains to be seen if they have been fulfilled correctly.

In the meantime, and now that we’re experiencing ice shortages across the country, and focusing on the science of the matter, let’s see how the ammonia to ice making.

already in the XIX century Ammonia was used to keep foods such as meat, fish, dairy products and vegetables cold during transport. As these processes were industrialized, this substance continued to be used, although over time it was superseded by others, such as chlorofluorocarbons.

However, a few years later, chemists Mario Molina and Frank Sherwood Rowland discovered that these substances were one of the main culprits of the generation of ozone layer hole.

For this reason, ammonia regained the positions it had lost as a popular industrial refrigerant, reaching our days, despite the drawbacks that have become clear with the incident at the Gandía ice factory.

Ammonia as a refrigerant

Ice factories generally use ammonia in a process known as vapor compression refrigeration.

This is a method that takes advantage of the phase changes of certain substances to refrigerate. A phase change is one in which a substance passes from one state to another, these being generally solid, liquid, gas or plasma, in rare and very specific cases.

As children we learn that this occurs by cooling or heating. That is, water at room temperature cools down and, if it drops below 0ºC, it becomes solid, turning into ice. And if it is heated above 100º it boils, turning into a gaseous state. But, more technically, what usually happens is a heat transfer.

It is not the only statement that is commonly made and that has a small error in terms. For example, we have all heard someone say that he cannot sleep without socks, because the cold enters through his feet. But it is not the cold that enters. It’s the heat that goes away.

That said, those phase changes can absorb or release heat in the middle. A heat that, of course, can be used. In the case of ammonia, it is used as a refrigerant because when vaporized absorbs a large amount of heat without actually changing its temperature. This means that it cools the system very efficiently and therefore has a large cooling power.

This is how the cooling system works

Although not all ice factories use this system, ammonia-mediated refrigeration is very common.

This consists of several steps in which said substance experiences changes in temperature that lead it to change phase, releasing or absorbing heat.

It starts with dry ammonia gas, which goes through a compressor. There, as its name suggests, it is compressed by the effect of great pressure, so that the temperature also increases. And it is that, when the pressure of a gas increases, its temperature also increases and vice versa. It is easy to visualize it as a balloon in which the air particles are moving freely inside it. If the temperature increases, they will move faster, generating greater pressure on the walls of the balloon. In fact, there will come a time when the balloon will burst.

Returning to the system with ammonia, in this case, what is known as evaporation temperature. However, immediately afterwards the ammonia passes through a condenser, in which it is subjected to cooling that will cause the release of heat again. We now have a liquid passing through an expansion valve, in which the pressure drops abruptly. Next we will have a mixture of liquid and vapor, which will be at a lower temperature than that of the closed space that we want to cool. Since the air will be warmer, a heat transmissionwhich will cool the air and heat the liquid, turning it back into gas.

From there it will continue passing through different points in which the pressure and temperature changes They will cause changes of state that will end with a transfer of heat from the surrounding air to the coolant itself. The result is a decrease in system temperature that is used for purposes such as manufacturing air conditioners, refrigerating food and beverages, and, of course, making ice.

Advantages and disadvantages of making ice with ammonia

Ammonia is listed as a refrigerant under the label R-717. Its use is widespread due to its great advantages. Some we have already seen. supposes a great alternative to chlorofluorocarbonsfor not damaging the ozone layer, and it is very efficient energetically.

It is also very cheap and has the advantage of having a very intense and unpleasant odor; so that if there is a leak, it could be detected quickly.

Perhaps that would prevent greater evils in the Gandia ice factory. But even so, two people have been intoxicated. And that is the great disadvantage of ammonia. It is very toxic if inhaled. A single inhalation can cause bronchospasms, shortness of breath, or irritation of the airways. also can irritate the eyes.

The most serious consequences arrive if a continuous inhalation is given, since it can severely damage lung tissue, even requiring a transplant. Fortunately, the factories in which they are used are equipped with mechanisms that allow any leak to be located in time. This, along with the fact that anyone with a normal sense of smell can detect it, prevents those continuous inhalations. Therefore, it will most likely remain the coolant of choice for a large number of purposes for a long time to come.

Lidl solves the problem of ice shortages with this machine to make ice cubes from home, and at a discount!

It is possible that you have been misusing ice cube trays all your life, and you do not know it

What does it mean and why is it used?