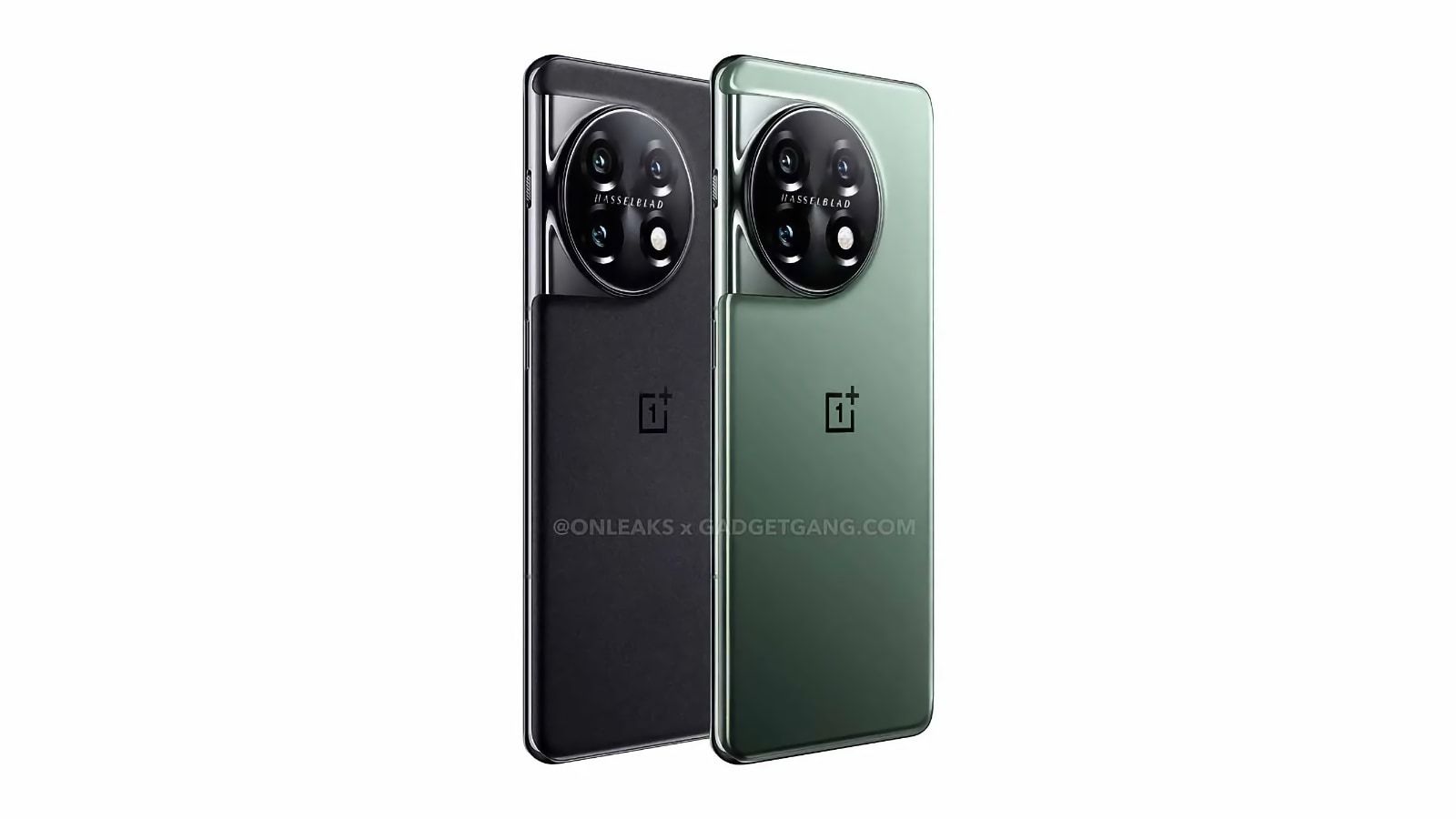 Here’s a new look at the upcoming OnePlus 11 lineup of phones thanks to leaked official renders that show upcoming design changes, colors and the brand’s return Hasselblad.

After releasing a series of design spec renders earlier in the year, @OnLeaks (Stever Hemmerstoffer) has teamed up with the Gadget Gang to release an “official” render of the OnePlus 11.

The OnePlus 11 Pro shows itself in pictures

It shows a slight refinement of the design used with on the OnePlus 10, with the return of the alert slider, the wraparound camera bar, and a logo Hasselblad more prominent engraved in a mirrorless circular camera system.

Among the changes visible, we also note the return of the Volcanic Black and Forest Emerald colors, which were introduced with the OnePlus 10 Pro at the beginning of 2022. However, this report only presents one rendering of the OnePlus 11, others colors could be provided. The rest evolves only slightly from an external point of view.

Along with this supposed “official” rendering of the OnePlus 11, the two friends shared a technical sheet of the phone. According to them, the OnePlus 11 is expected to feature a 6.7-inch QHD+ AMOLED display with high refresh rate, Qualcomm Snapdragon 8 Gen 2 processor, up to 16GB RAM and a battery of 5,000 mAh with 100 W charging included. Previous rumors also suggest that OnePlus will be an early adopter of UFS 4.0 storage.

We know OnePlus’ next flagship will get four full OS updates and five years of regular bi-weekly security patches as standard. This device is likely to ship with OxygenOS 13.1, as mentioned in the recent OxygenOS Open Ear which was held in London.

On the back, the OnePlus 11 would come with a 50-megapixel main sensor, a 48-megapixel ultra-wide, and a 32-megapixel 2x telephoto camera. The selfie camera would be 16 megapixels.

The OnePlus 11 is expected for the first quarter of 2023, enough to tickle a certain Samsung which must also launch its Galaxy S23 under Android. All this before the iPhone 15 next September.