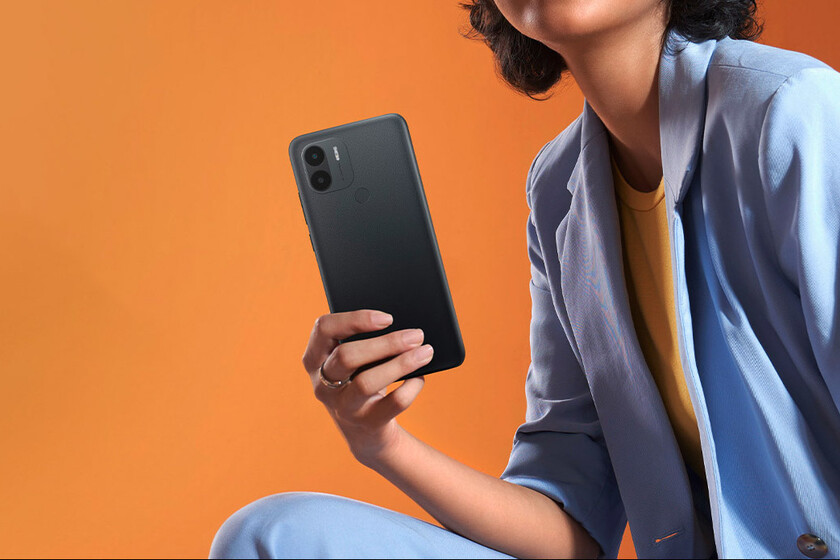 We already announced its arrival just a week ago to the Kenyan market but now, after a short wait, we finally have the Global version of the new Redmi A1+ officially presented in India with a price that starts from 6,999 rupees, about 87 euros to change.

As you will remember, this is a slightly improved variant compared to what we saw in the Redmi A1 that we can buy in Spain, adding a fingerprint sensor on the back that we did not have in this modelthis being a device that, for the moment, we do not know if it will end up arriving in our country in the near future.

Contents hide
1 Redmi A1+ technical sheet
2 If you missed the fingerprint sensor on the Redmi A1, this is the solution that Xiaomi gives us
3 Price and availability of the new Redmi A1 +

If you missed the fingerprint sensor on the Redmi A1, this is the solution that Xiaomi gives us

We already told you before when it was quietly launched in the Global market in the absence of knowing its official price, but we still do not understand the existence of this devicesince a fingerprint sensor is simply added to the back of the equipment compared to what we had in the Redmi A1, nothing more.


The rest is exactly the same. From its 6.52-inch IPS panel with HD+ resolution to hardware made up of a discrete MediaTek Helio A22 processor, options of 2 or 3 GB of RAM memory along with storage of up to 32 GB and even a generous 5,000 mAh battery with 10W charging along with the Android 12 Go Edition system installed inside.

Therefore, we are in front of a quite basic terminal in all aspects, but taking into account the price with which it arrives, we cannot ask for much more, since even its cameras are very fair with an 8 MP main sensor to which we can get a performance not too advanced.

Price and availability of the new Redmi A1 +

As we tell you, the new Redmi A1 + has been officially presented in India, market where it can be purchased from next October 17, pending whether or not it will reach the rest of the countries later. The price of its different versions is established as follows: