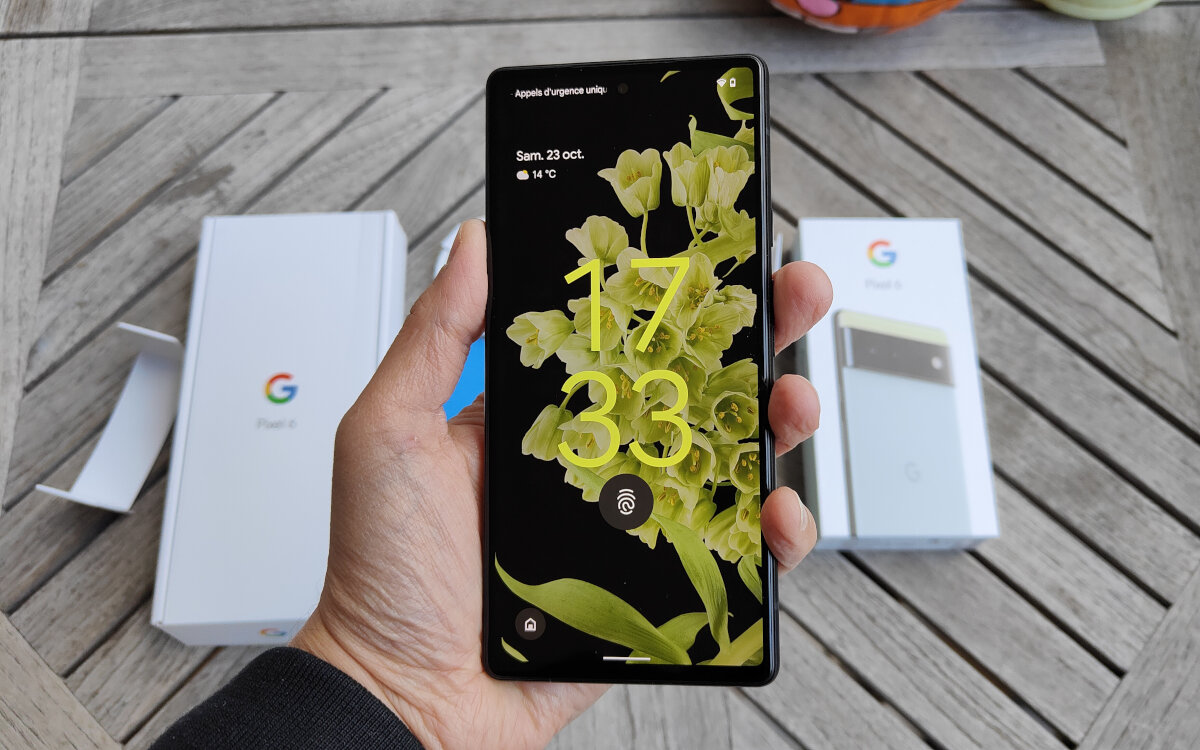 Share
Facebook Twitter LinkedIn Pinterest
With the latest Android 13 beta, Google seems to have fixed the issues with the Pixel 6 and 6 Pro’s fingerprint reader, which has been heavily criticized since the smartphones were released almost a year ago now.

Since their launch last year, the Pixel 6 and 6 Pro suffer from many bugs that Google is trying to fix little by little. One of them concerns the fingerprint reader located under the screen, often considered too slow by users. Although Google quickly rolled out an update that was supposed to improve the performance of the sensor, some users still reported slowness or bugs that simply prevented them from using it.

According to some Pixel 6 and 6 Pro owners, Google finally seems to have corrected the situation with the latest Android 13 beta 4.1. As a reminder, Google had rolled out this new version a few days ago to bring some fixes before the launch of the stable version next September, but no new features have appeared with this version .

Users who are still having problems with the fingerprint sensor of smartphones should therefore quickly install the fourth beta of Android 13, or just wait for the stable release next month. In addition to better performance on the fingerprint reader, other users even report that the autonomy of their smartphone has improvedwhich is not common after updating to a newer Android version.

Now that Google has fixed one of the Pixel 6’s biggest flaws, the American company should focus on the Pixel 6a, which also suffers from major flaws in the fingerprint sensor, although it is different from previous models. A few days ago, we reported that a bug in the fingerprint reader of a few smartphones allowed anyone to unlock them.

Unfortunately, the first update number SD2A.220601.00 deployed right after the launch did not fix this important security flaw. We are also eagerly awaiting the new August security patch for Google smartphones.