Android Auto shows the time again, but it disappears completely in Coolwalk 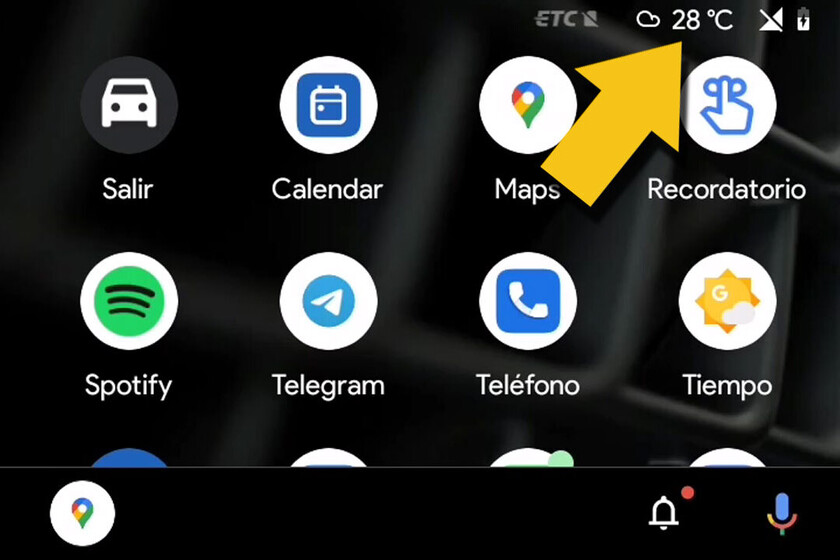 Share
Facebook Twitter LinkedIn Pinterest
Android Auto has its fair share of known bugs. One of the last is that time was not displayed on the taskbardespite having the option active Weather in settings. Google reported that the error is already correctedalthough there is a problem: you still do not have it with the Coolwalk redesign.

Still no Coolwalk? Well, don’t be in a hurry to try to activate it if you want to see the current temperature and weather. Time doesn’t appear anywhere in Coolwalkand the only option you have to know more about it is to touch the icon of Weather and listen to what the Google Assistant tells you.


Fixed in the old version, missing in the new one

One of the few options that Android Auto has both in the mobile app and from the interface settings is the power switch. Weather. When activated -which is usually active from the factory- the atmospheric state is displayed and current temperature in the top status barwhich is always visible, regardless of which app we use.

Android Auto time was broken since a few weeks ago, and now Google claims to have fixed it. Indeed, if you use Android Auto with the pre-Coolwalk interface, you will see that time returns to the top bar. Well, there is a problem. Coolwalk redesign removes top bar and, therefore, the time information disappears. With Coolwalk we have a lower taskbar instead of a status bar, and it shows the time, battery and connectivity information, but there is no trace of time.

At no time since Google introduced us to the redesign, in May, has the weather been displayed visually anywhere in Coolwalk, despite probably being able to fit it seamlessly into the taskbar. The setting of Weather It also disappears from the Android Auto options, so it doesn’t seem to be a bug. In Coolwalk we cannot see the current temperature anywhere

Therefore, Coolwalk adds many possibilities, but along the way it removes the current temperature information. The good news is that Google fixed it for older versions, but it disappears in Coolwalk. Whether he will return later is something that remains to be seen.

a reference mouse at -54% during Cyber ​​Monday