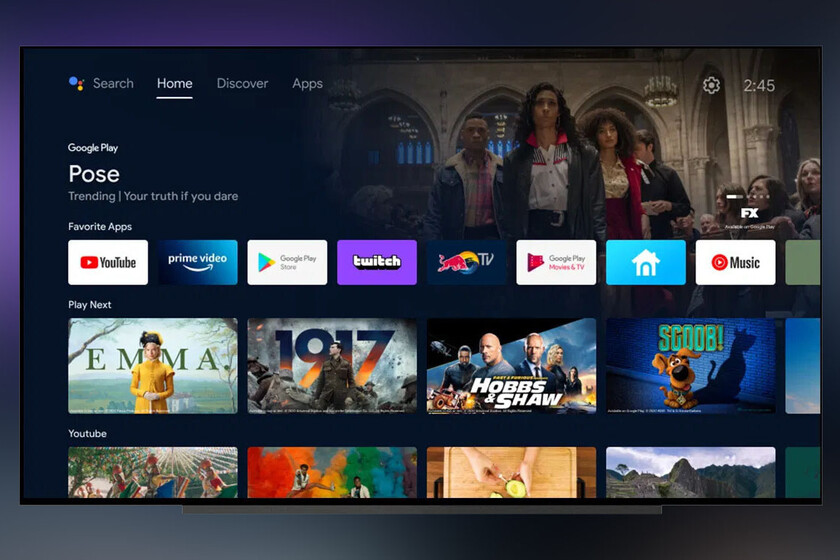 Share
Facebook Twitter LinkedIn Pinterest
The principal problem that most televisions and devices with Google TV and Android TV is the internal storage. While in mobile phones they usually offer at least 64 GB of storage, in televisions we find that most manufacturers offer a scant 8 GB of storagethe same capacity since the first Android TVs arrived in 2014.

Google is aware of this problem, and began to improve the storage of current devices, adding with Android 12 the automatic deletion of temporary files to be able to install more applications, but now they have announced one more important step: Google TV and Android TV will say goodbye of APKs to embrace all the benefits of the Android App Bundle.

The Android App Bundles (AAB) are currently the standard publication format on Google Play that came to replace the Android Package Kits (APKs). While an APK installs the complete application on the device with all its languages ​​and functions, in a Android App Bundle only the app is installed with the right language, resolution, and features to work, which On average, an application takes up 20% less storage. But this is not all.

Last March Google announced that we were going to be able to archive applications to free up space on our Android devices, a feature confirmed for the end of this year and that a few weeks ago was discovered in the Play Store. Well now that archive of applications will also arrive on Google TV and Android TV.

From May 2023Google TV and Android TV will require Android App Bundles to be archived and thus allow its users save storage on your TVs and compatible devices.

Google reports that an archived app will free up 60 percent of its sizeallowing the user not to have to completely uninstall the application so that it is quick to recover it later to use it again.

Android TV and Google TV will offer a quick archive/unarchive interface built into the TV. Developers will be able to adapt their apps to this new archive to maintain the state of the app for its unarchive. That is to say, while an uninstallation would lose all the data, with an archive we would return to the previous state of the application after it was unarchived, it is also faster to unarchive an application than to reinstall it, since part of its data is already downloaded.