Apple acknowledges one of the worst bugs in iOS 16 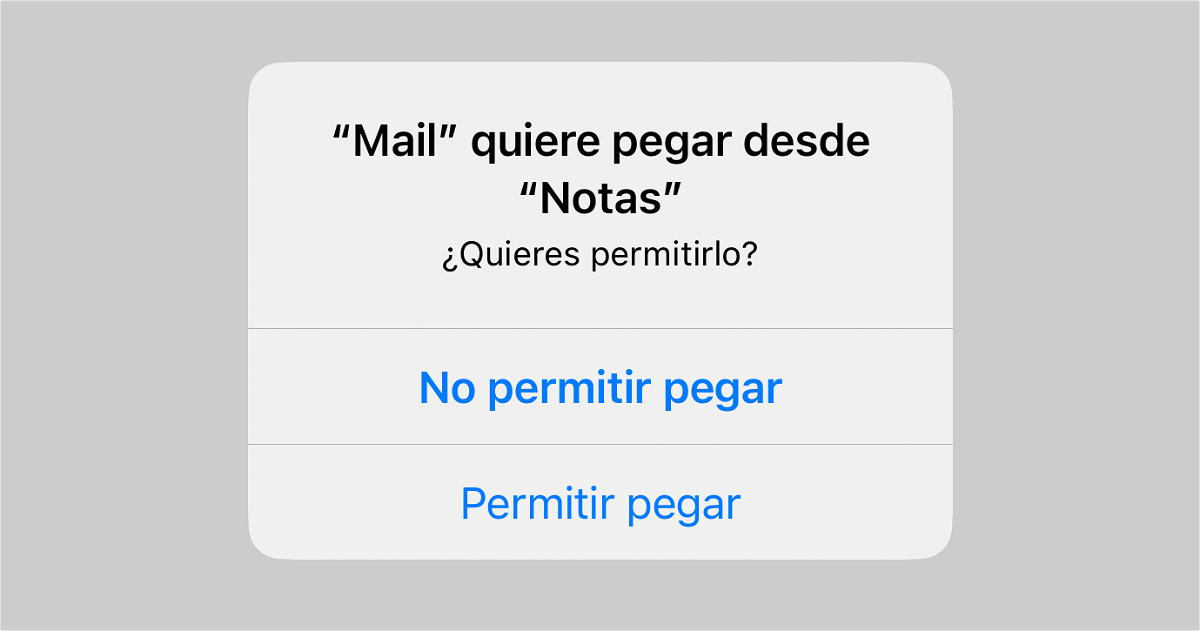 In iOS 16 we have found an annoying error that Apple itself has just recognized.

The new iOS 16 has already been with us for several days and, beyond some battery or performance problems, the truth is that not too many bugs found. However, it has been Apple itself that has admitted a system failure, which does not seem to be having an “expected behavior”.

If you have been using iOS 16 for a while, you have probably noticed that Apple has taken care to improve the privacy of your clipboard, that is, of the things you have copied or cut. In iOS 16, each app must ask the user for permission if it wants to access the clipboard to paste text or images.

“Mail” wants to paste from “Notes”. Do you want to allow it?

The problem is that every time you want to paste something into an app, iOS 16 shows an alert message that you must accept so that the app can access the clipboard.

Nevertheless, the notice has become a nuisance for the vast majority of users, as they are constantly asking for permission every time they want to paste something into an app. And this will only increase as users install iOS 16.

For that reason, a reader of MacRumors named Kieran emailed Craig Federighi and Tim Cook, complaining about the constant request and advocating that Apple treat clipboard access the same way iOS treats app access to location, camera, or microphone.

iOS 16 is a system without too many bugs

Rum HuangSenior manager at Apple, was in charge of answering this reader, assuring that this is not what they expected and that iOS 16 is not working properly.

This is not at all expected behavior, and we will get to the bottom of it.

huang said that will make a “nice improvement” on this feature. He added that Apple “certainly needs to fix and make apps like Mail work even without this setup.” But nevertheless, it is useful for applications with which users want to share data.

Apple is currently testing iOS 16.1 in beta form, and although for the moment the error seems to keep reproducing. But it is to be hoped that in future updates this function will improve and Apple will find another less annoying way to notify users.