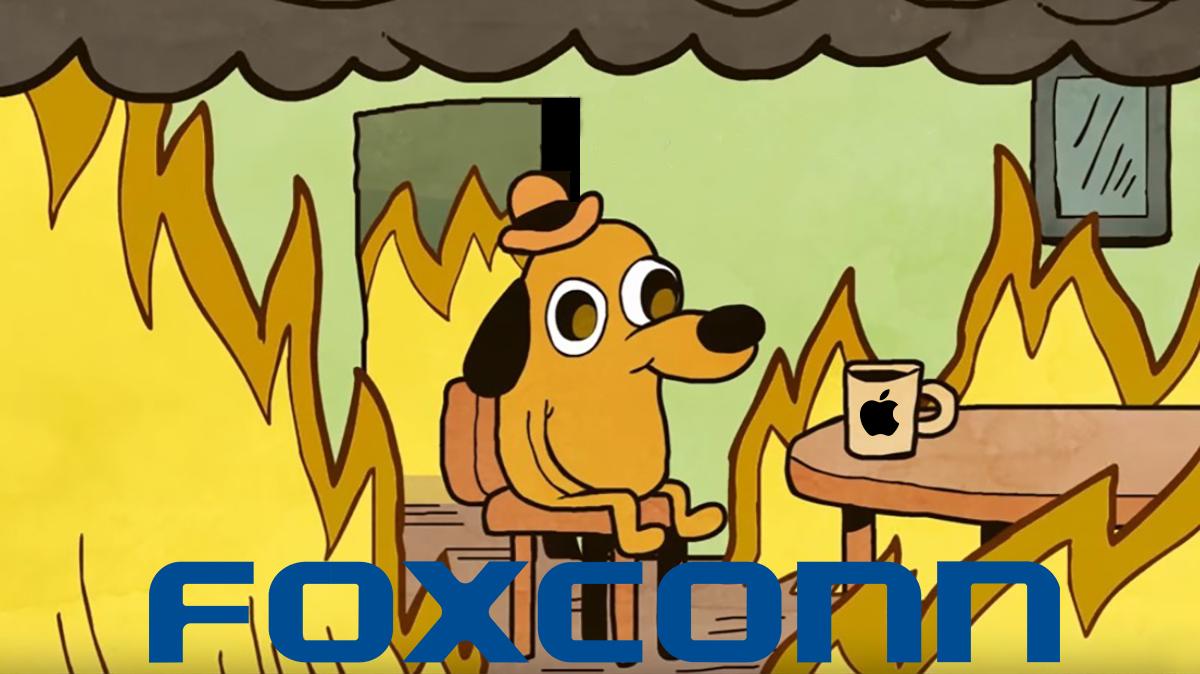 Share
Facebook Twitter LinkedIn Pinterest
Apple is not going through a good run and even worse is expected for Christmas. To this we must add the latest incident at Foxconn, in which hundreds of workers have said enough and have rushed against the guards, creating a real pitched battle.

At this time of year, the factories that produce the iPhones of Manzana They hire thousands of additional workers to meet the demand for the Christmas season, but it seems that the opposite is happening, in addition to a large drop in purchases for this last quarter.

Well, it seems that it does not end here and two weeks after Apple warned of production delays in China amid increased COVID-19 restrictions, the giant is facing more trouble as worker protests erupted at its biggest manufacturing partner, Foxconn.

To contextualize, one of the largest manufacturers of iphone of Apple is Hon Hai Technology Group, better known as Foxconn, a Taiwan-based company with factories in several countries. One of its largest facilities is in Zhengzhou, Chinanicknamed by the locals “the city of the iPhone”.

Hundreds of workers clashed with policeaccording to videos shared in recent days by Foxconn workers in Douyin and Kuaishou.

富士康又出大事了，困在宿舍的工人冲出工厂Something happened to Foxconn, workers rushed out of the factory pic.twitter.com/8oB4Ju58Zn

Foxconn rebels and a pitched battle of Apple workers is formed

The Zhengzhou Foxconn factory was scheduled to make 80% of iPhone 14 models and 85% of iPhone Pro models before the end of this year. However, due to China’s “zero COVID-19” policy, Foxconn workers began to leave.

China’s main justification for maintaining the policy and lockdowns, as well as mass testing and mandatory isolation, is that the virus is too deadly to be allowed to spread.

Since then and seeing the situation, Apple has announced that shipments of the iPhone 14 Pro will be less than expected. Foxconn has also moved some of its iPhone manufacturing to plants in India, hoping to offset the losses, though none of that is expected to happen.

Things began to heat up and at the end of October, thousands of Foxconn employees left the campus they had been living on during the previous weeks in a “closed loop system”, intended to slow the spread of Covid.

This incident that we are telling you about is the culmination of everything. If it is already desperate to have to be locked up, let’s add the denial of bonuses to workers for working in an environment affected by the pandemic and the fear of becoming infected since they live with infected companions.

Everything has ended in the worst way: some videos show the workers coming out of their dormitories and security personnel beating them.

Foxconn workers posted on social media that, as had happened in Shanghai with Tesla and in other closed places, food, water and other necessities were in short supply and the situation was unbearable. With all this on the table, we hope that Apple knows how to take faces on the matter and solve this big problem that it already has on top, as if that were not enough.