Apple Fitness+ available without Apple Watch from iOS 16.1 and tvOS 16.1 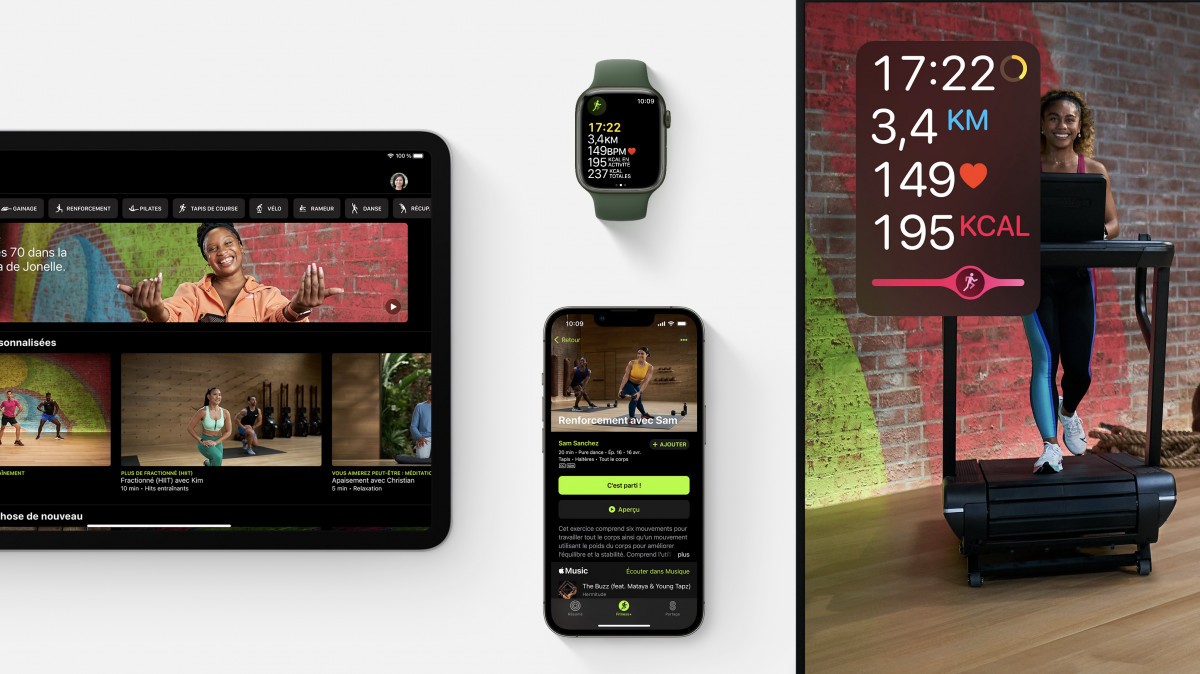 Apple Fitness+ will be available for iPhone users without Apple Watch starting with iOS 16.1 and tvOS 16.1, which are currently in developer beta testing. Good news for those who want to practice sports at home without buying a connected watch.

In the second beta of iOS 16.1 distributed to developers earlier today, user Jadyn Daniel noticed that it is now possible to subscribe to Apple Fitness+ on the iPhone without having an Apple Watch. And in tvOS 16.1 Beta 2 for Apple TV, Sigmund Judge discovered a new screen that allows users to connect an iPhone for Apple Fitness+ workouts, without the need for an Apple Watch.

Apple has already announced that Fitness+ will be available to iPhone users who don’t have an Apple Watch from “later this fall” in the 21 countries where the service is currently offered, including France, but also the United States, Australia, Austria, Brazil, Canada, Colombia, Germany, Indonesia, Ireland, Italy, Malaysia, Mexico, New Zealand, Portugal , Russia, Saudi Arabia, Spain, Switzerland, UAE and UK.

Here’s a new thing in iOS 16. Developer Beta 2. In the fitness app I can now subscribe to Apple fitness+ without having an Apple Watch! Is everyone seeing this or is it only me?@zollotech #iOS16 #Apple #beta #viraltwitter #viraltweets #iOS16th #AppleWatch #fitness pic.twitter.com/IWc7TLDEaa

Launched in December 2020, Apple Fitness+ offers a library of over 3,000 workout and meditation videos, with new content added weekly. The subscription-based service has been available in France since the end of 2021 via the Fitness app on iPhone, iPad and Apple TV, with a price set at 9.99 euros per month or 79.99 euros per year in the States. -United. Without Apple Watch, iPhone users won’t see real-time metrics like heart rate and calories burned during a workout.

There are a lot of myths about these gas stations, so we are going to…