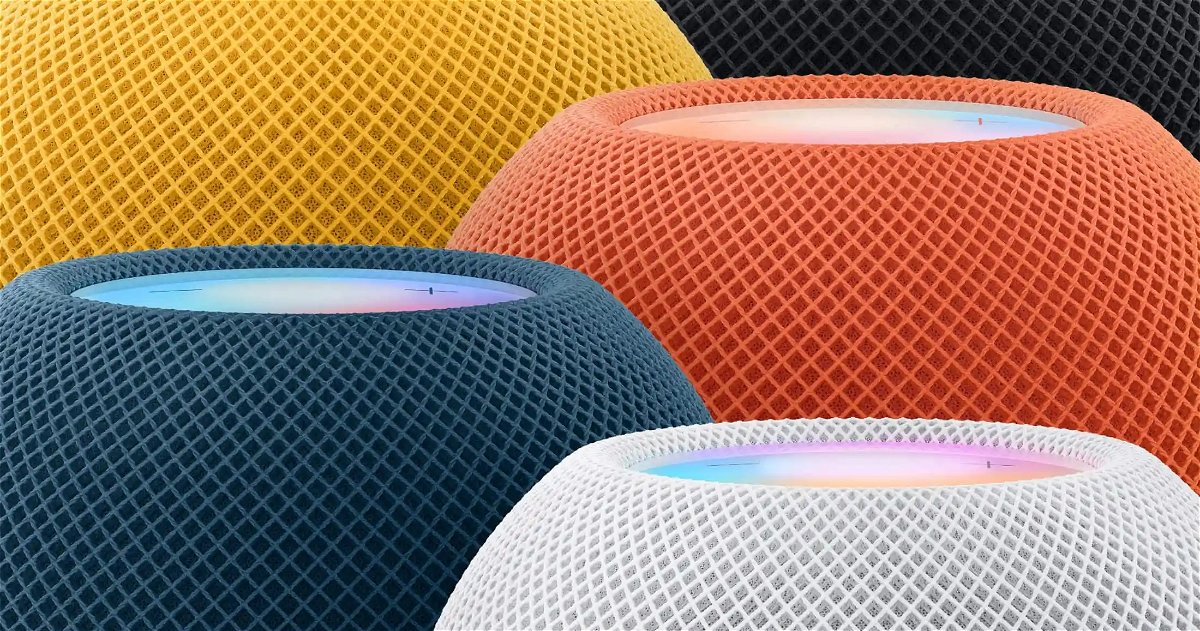 The company will expand its line of HomeKit products.

Mark Gurman, editor of Bloomberg and popularly known for his leaks on Apple and tech products, has recently stepped out to reveal the release of new HomeKit models and other HomeKit accessories.

It seems that the firm of the bitten apple logo is planning the launch of one HomePod, one HomePod mini, and two HomeKit-enabled devices. But its arrival on the market will not take place throughout this year, but will take place at the end of 2023 and/or the beginning of 2024.

Apple will introduce two models of HomePod and HomeKit accessories

Below we talk about the features and technical specifications that have been leaked about the new devices that Apple is working on.

The new HomePod would include Apple TV and FaceTime, being the premium version of the speaker

This leak reveals that the new HomePod is called with the codename “B620” and has the same s8 chip than the Apple Watch Series 8 and will be very similar “in terms of dimensions and audio performance” to the original HomePod.

But according to Mark Gurman, Apple is also working on launching a new HomePod mini model. The second generation of the miniature version of the HomePod will probably have support with connectivity Bluetooth 5.2but further hardware details about this small smart speaker are unknown.

All of this would jibe nicely with recent reports suggesting a new HomePod would have FaceTime and Apple TV features.

On the other hand, as we suggested at the beginning of this article, Apple is also planning to launch two smart home automation devices with compatibility with your HomeKit platform. One of them focused on its use in the kitchen and the other for its use in the living room.

This could be the two new Apple HomeKit accessories:

These are not trivial home automation accessories like other HomeKit devices such as a plug, a light bulb, a scale or a security camera, but they have a much more ambitious market target. We are talking about devices that would take the technology industry one step further.

Could we be facing the launch of the definitive home automation devices? There is a wide range of HomeKit-enabled products on the market today, but combining the capabilities of an iPad, a security camera, and a smart speaker would completely change this sector of the tech industry.

Everything seems to indicate that the new products that Apple is testing in its laboratories they will be ready for the beginning of 2024. But, as we previously anticipated, they could be launched at the end of 2023.

Smart plugs, security cameras, LED strips, colored light bulbs, motion sensors, smart locks, blinds, loudspeakers, locks… the world of home automation is exciting and allows users to carry out all kinds of tasks at home through a simple tap on the screen of their smartphones or tablets.

With home automation we can turn on the fan using a Siri voice command, unlock a lock using a fingerprint or completely change the atmosphere of your home when you come home with colored light bulbs thanks to location services.

Now Apple wants to revolutionize the home automation sector with two HomePod speakers and two HomeKit accessories that bring together very interesting features. A combination between a smart speaker and an iPad would be a success, especially if its price is not excessively high. It would be like a kind of control panel for household devices. Which of these new devices would you buy? Do you think all of them will end up seeing the light in 2023 or 2024?

In this article, ComputerHoy could receive a commission for your purchases. More information. The first…