Apple Music announces Sing, its Karaoke interface so you can give it your all with your favorite songs 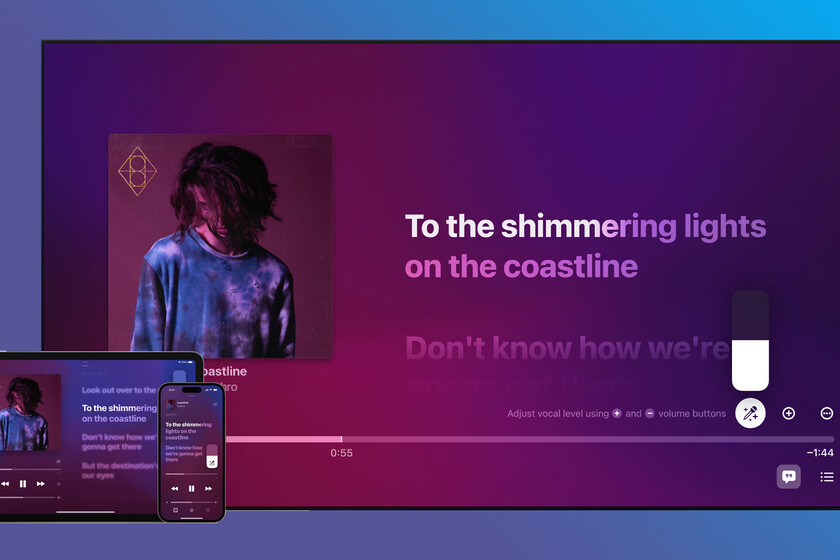 Share
Facebook Twitter LinkedIn Pinterest
This may be the last official news from Apple before the Christmas break: the company has announced Manzana Music Sing, a new section of Apple Music for karaoke lovers. With Sing, the interface of the service changes to accommodate those who like to sing along to their favorite songs.

Oliver Schusser, vice president of Apple Music and Beats, states in the press release that this new interface has been created to add more experience to the option to display the lyrics of the songs, an option that many people use according to the executive himself.


In addition to listening, now you can also sing


The service will allow increase or decrease the volume of the vocals of each song, so we can sing along with the original artist or be completely on our own in classic karaoke style. As we sing the lyrics of the song, they will light up to mark the rhythm. We will also have a view to sing in duets, at times when there are several people in the same room.

Initially we will have 50 playlists with great successes adapted to this new interface, and it is to be expected that Apple will expand this catalog over time.

Apple Music Sing will be available before the end of the year, probably with the imminent update to OS 16.2 and other equivalent versions of the other operating systems. We can use it on the iPhone, iPad and the new Apple TV 4K, but not on previous generations of that device. Of course, this will only be available to subscribers.