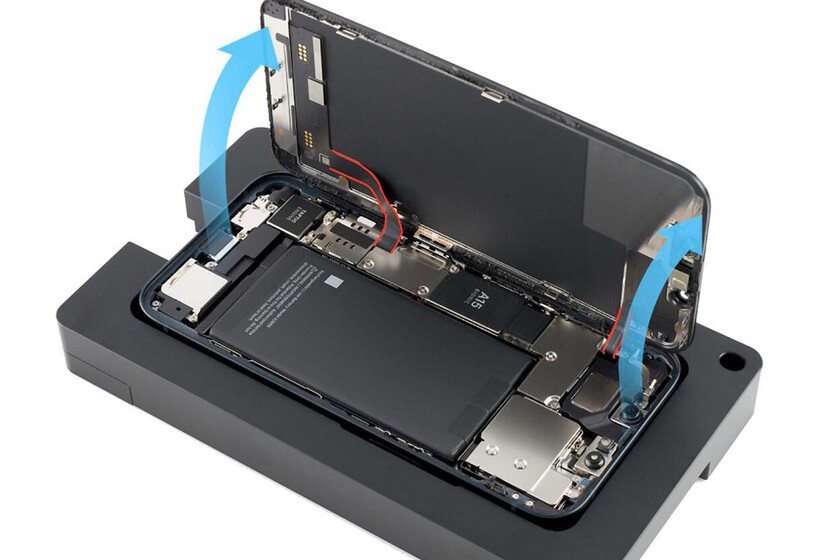 Share
Facebook Twitter LinkedIn Pinterest
Do you have a damaged Apple device and you feel like repairing it at your own risk? Well, now you can do it with the original tools and parts from Apple itself: the self-repair service comes to Europe after being available in the United States. Change the screen, the battery and so on up to 200 original parts; that are within the reach of anyone with repair knowledge.

Since mobile devices are a waste of resources and it costs too much to recover them in full, it is always appreciated that There are options to keep them as long as possible.. To do this, it is possible to change the battery, for example: this repair adds a remarkable useful life to the device. Taking the mobile to the store to have this change done is the usual thing, but it can also be done at home. As Apple proposes.


The self-repair shop arrives in Spain

Apple announced in November 2021 that its original parts and tools store would be available in the United States to all those who dared to repair their own iPhone; also Mac and other Apple devices. The service started shortly afteralthough with some drawbacks: the repairs were not as cheap as anticipated.

Although the prices may not be much cheaper, there is the satisfaction of to be able to repair them without leaving them in the hands of others. To guarantee this service, the Apple self-repair store extends its availability to land from today December 6 in Europe. Specifically, the original parts and tools service reaches Germany, Belgium, Spain, France, Italy, Poland, the United Kingdom and Sweden.

Repairing a mobile or a computer is not within everyone’s reach: despite the fact that Apple sells the parts and offers the manuals, doing the repair yourself involves a high risk

As was the case in the United States, anyone who wants to repair their Apple device can order one of the available parts with the option, in addition, of renting a set of specially designed tools for safe and guaranteed repair. The rental of these tools supposes an outlay of 59.95 euros per kit: Apple sends and picks up said kit for free; with a rental duration that covers one week.

Currently, the Apple self-repair store in Spain offers up to 200 original parts so that anyone can troubleshoot the following devices:

Apple will be expanding device compatibility to more families in the near future. To access the service already active in Spain, you must do it from the link to the auto-repair store for Apple products. The original spare parts, the tools to install these spare parts and also the manuals to repair the devices are available there. Yes indeed: Just because Apple offers a way to repair its products doesn’t mean it’s easy to do. Repairs are only suitable for those with advanced knowledge of electronics.