Apple releases a new edition of the Powerbeats Pro 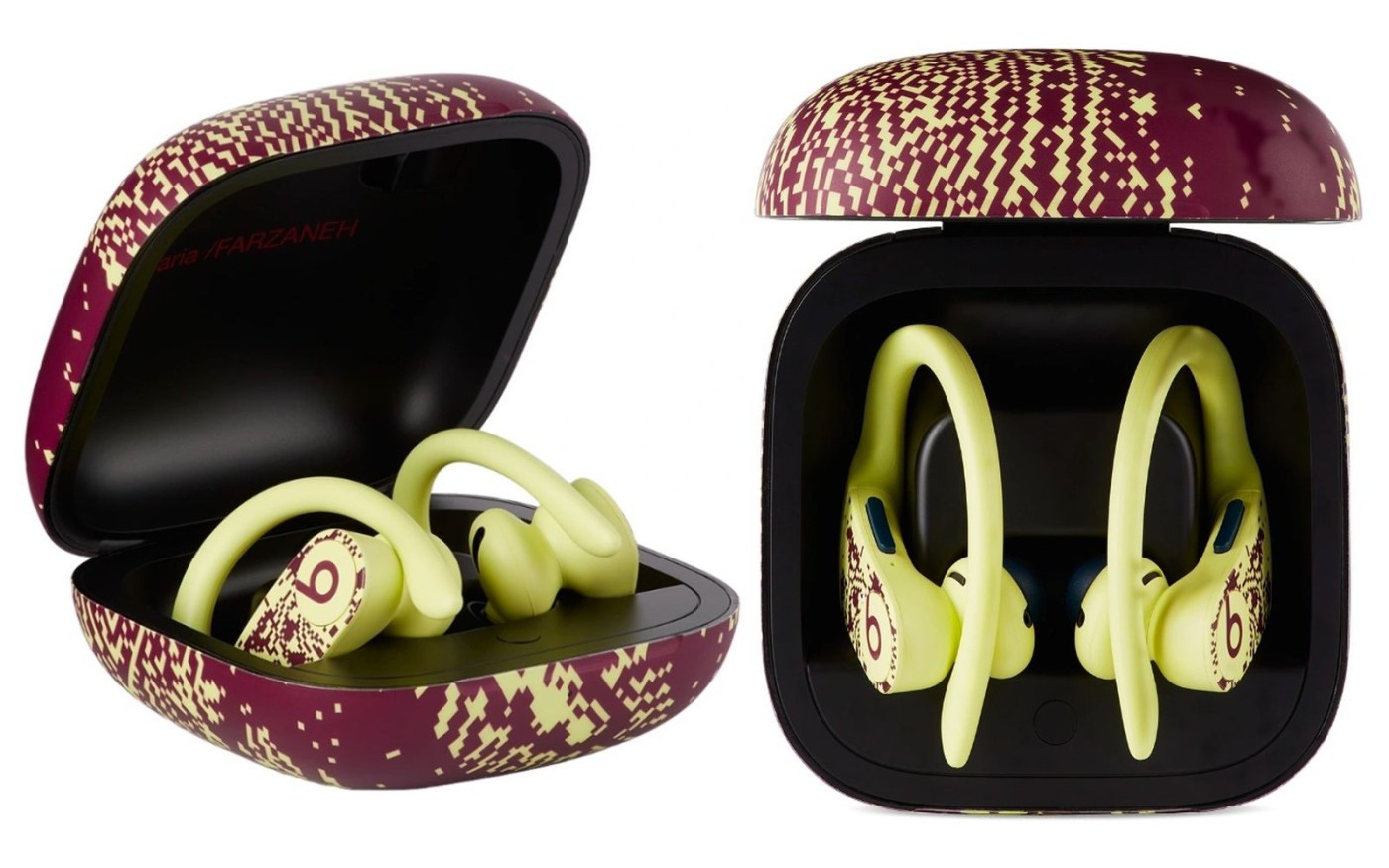 It’s common practice with Beats products, Apple regularly releases new editions of its earphones and headphones to boost sales. In a published tweet, Apple informs its customers that a new edition of the Powerbeats Pro has just landed, it is the result of a recent collaboration.

Through its Beats by Dre Twitter account, Apple is announcing this evening a new unprecedented collaboration with the Anglo-Iranian fashion designer Outcast Farzaneh based in London. As usual, the Powerbeats Pro do not change in terms of features and functionality, but the colors of the earphones as well as the case are completely modified to offer a unique style never seen in the range so far.

As you can see above, the colors are quite special, there are yellow patterns as well as a dark purple. Paria Farzaneh, who is at the origin of this customization, bet more on yellow for the headphones and highlighted dark purple for the case.

Specifically aimed at athletes, the Powerbeats Pro have considerable advantages such as a battery life of 9 hours of listening and more than 24 hours with the charging case. The design is made to resist sweat and water. They have the function “Say Siri” thanks to the integration of the H1 chip, which is also found on the AirPods 3 and the AirPods Pro. Apple has also worked a lot on the quality of phone calls to ensure optimal conversations even if you are in a fairly noisy environment.

It’s possible to buy the Apple x Paria Farzaneh edition of the Powerbeats Pro on the ssense.com website.
For those who are not conquered by this special edition, there are other colors: