Share
Facebook Twitter LinkedIn Pinterest
Tech News Desk – Apple is a smartphone brand that needs no introduction. Recently, Apple settled a year-old lawsuit under which it paid some iPhone users. The 2015 case is now over. Let’s find out what was the matter and which iPhone users are being paid. A few years ago some iPhone users filed a lawsuit against Apple. Actually, the iOS 9 update on the iPhone 4s device in 2015 was quite slow. As a result, in December 2015, iPhone 4s users in New York and New Jersey filed suit against Apple. In the lawsuit, iPhone 4s users claimed that their phone became very slow after downloading the iOS 9 update to their smartphone, while The update announcement specifically stated that the phone was “fast and responsive” after the update. Users say that Apple has misled them by giving false advertisements and therefore they should be victims of it. 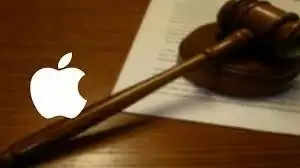 Settling the lawsuit, Apple has announced that it will now pay iPhone 15 (approximately Rs 1,154) to iPhone 4s users who are troubled by the issue. According to MacRumours, Apple had allocated $20 million for these iPhone 4s users. iPhone 4s users who think they have gone through this problem and want money will need to provide their name, their email ID, and the serial number of their iPhone 4s. Apple will create a separate website where these users can submit their forms and you can send the required information and claim this amount.