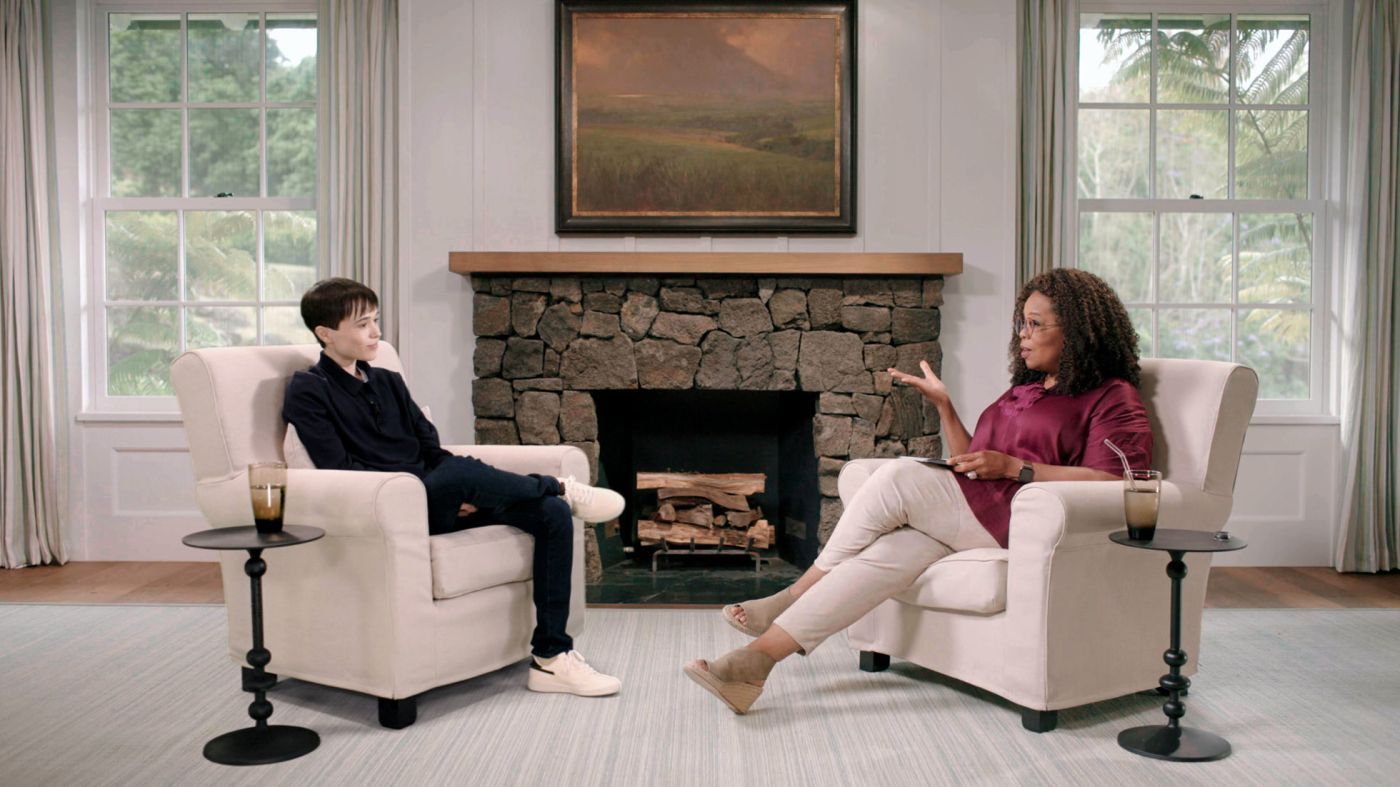 Apple TV+ today received a GLAAD Media Award for “The Oprah Conversation,” including an episode with Elliot Page, describing his life’s struggles and his message for transgender youth. The GLAAD Media Awards reward and honor the media for their fair, accurate and inclusive portrayals of the lesbian, gay, bisexual, transgender and queer (LGBTQ) community and the issues that affect their lives.

Contents hide
1 A new GLAAD for Apple TV+
2 How do I watch Apple TV+?

A new GLAAD for Apple TV+

The special episode won the “Outstanding Variety or Talk Show Episode” category at the 33rd Annual GLAAD Media Awards. This is Apple TV+’s first win at the GLAAD Media Awards, after that of the episode “The Son” of “Little America” ​​last year. The recent victory follows a series of awards for films, documentaries and series, which won 244 awards and 961 nominations, including the film “CODA”, winner of the Oscar for best film this year.

“The Oprah Conversation” is a timely series in which Oprah conducts intimate discussions with top newsmakers, thought leaders and masters of their craft. Filmed remotely, Oprah’s conversations aim to bring truth and perspective to a range of topics shaping our world, revealing compelling stories of human connection. Guests include Eddie Murphy, Amanda Gorman, Barack Obama, Dolly Parton and Stevie Wonder, and the series has already won Critics’ Choice Real TV Awards and the NAACP Image Awards.
“The Oprah Conversation” is available to stream on Apple TV+, alongside “The Me You Can’t See” and “Oprah’s Book Club.”

As you now know, Apple TV+ stands out from its competitors by offering a catalog of original productions based on quality rather than quantity. After a mixed start due to meager content, the platform is rapidly expanding with new films, series and documentaries every week, as well as entertainment for children and families. After launching on November 1, 2019, Apple TV+ became the first all-original streaming service to launch globally, premiering more original hits and receiving more awards faster than any other streaming service. streaming in its early days.

How do I watch Apple TV+?

Apple TV+ is available on the Apple TV app in over 100 countries and regions, on more than 1 billion screens, including iPhone, iPad, Apple TV, Mac, the most popular smart TVs from Samsung, LG, Sony, VIZIO, TCL and others, Roku and Amazon Fire TV devices, Chromecast with Google TV, PlayStation and Xbox game consoles, and on tv.apple.com, for €4.99 per month with a seven-day free trial. For a limited time, customers who purchase and activate a new iPhone, iPad, Apple TV, Mac, or iPod touch can get three months of Apple TV+ for free.