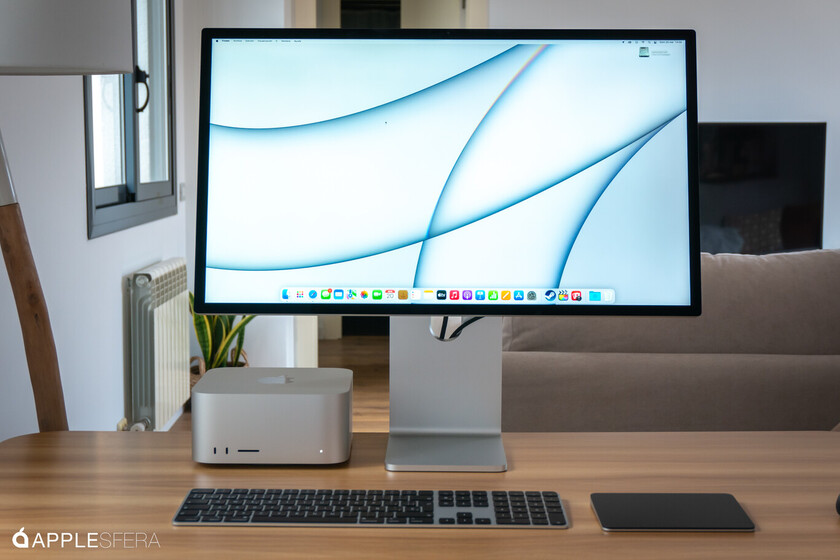 Share
Facebook Twitter LinkedIn Pinterest
Apple has released a new firmware update for the Apple Studio Display. Apple screens thus receive new software focused, as far as we know, on bug fixes and performance improvements. An update that we can now download and install.


Solution of possible errors in the audio, mainly

Studio Displays work much like an iPhone or iPad. Inside they have an A13 Bionic chip, and run an adapted version of iOS. These two features allow Apple to update the firmware really easilyas we just saw with version 15.5.

This version, with the number 19F80, comes just after Apple announced that some screens could experience an audio related error. An error for which, at the time, there was no solution other than restarting the screen, but for which Apple has already confirmed that it was a purely software issue.

Through the release notes Apple has confirmed that the update fixes those bugs. Bugs that could cause audio to stop or play intermittently and at extremely low quality. Errors that were not common to all monitors, far from it, but that had to be solved as soon as possible.

We can update our Apple Studio Display from System preferences > Software update on our Mac. There, we just tap on Update now next to the new firmware and wait for the process to complete. Important do not unplug the screen from power or from our computer until we see the image again and the update is finished.