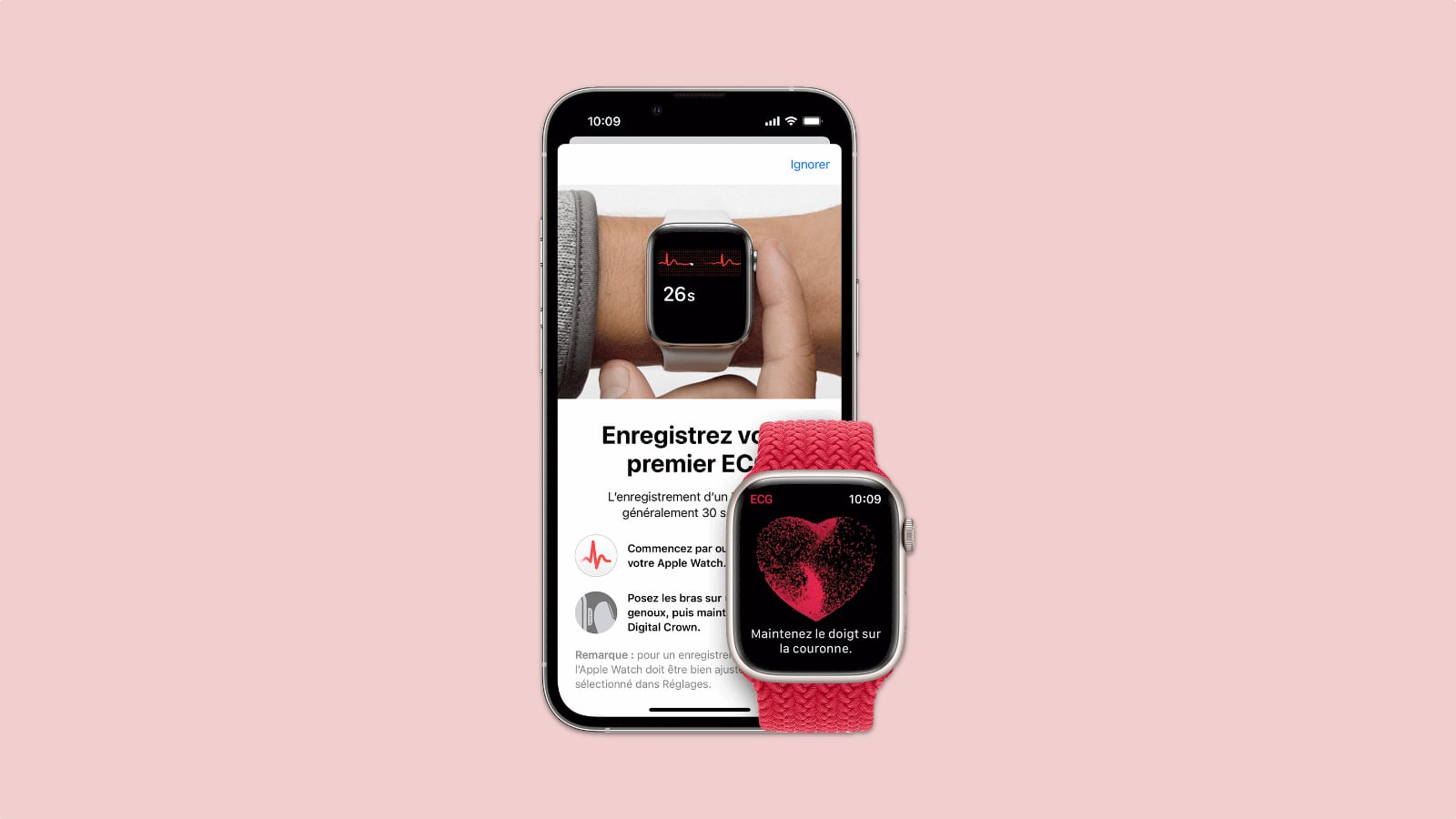 The great stories around the Apple Watch are so numerous that many Apple customers consider the connected watch to be a “guardian angel” against heart problems and falls. An experiment that comes to us from the UK shows how talented the Apple Watch is at detecting atrial fibrillation.

When it’s on your wrist, Apple Watch monitors your heartbeat several times a day to see if it’s normal or abnormal. Be aware that you can also install it temporarily on the wrist of a loved one to perform an ECG to check if the results are regular or if an appointment with a cardiologist is recommended.

This is what happened to Jason Smith an Apple user in the United States who had just ordered Apple Watch Series 8.
The young man explains:


My parents were away for the weekend in Chester (UK) when I got a call from my dad saying mum wasn’t feeling well at all. He said she felt very dizzy and like her heart was racing – I told them to stop and that I would be with them as soon as possible.

When I arrived, I took his blood pressure and assessed his general condition, which was relatively normal considering what had happened. My mother informed me that everything was much better and that there was nothing to worry about.

When he had just received his Apple Watch Series 8, Jason Smith suddenly took the initiative to install his new connected watch on his mother’s wrist. He is going to explain to her how to do an ECG, he asks her to put her wrist on a table, not to move and to keep her finger on the Digital Crown.

Smith will realize 3 ECGs to his mother, the 3 clearly indicates that there is atrial fibrillation with a heart rate at rest greater than 160 bpm. The Apple Watch is adamant Jason Smith’s mother has a heart condition, which will prompt parents and son to approach a hospital in Chester, UK.

After a long diagnosis at the hospital, the Smith family learned that doctors had confirmed atrial fibrillation initially detected by the Apple Watch. Thanks to much more efficient medical equipment, they were able to offer the most appropriate treatment for the situation.


I am happy to report that after a stay in hospital and a number of medications that she has to take for the rest of her life, she is absolutely fine. The NHS specialists who cared for her said that without the Apple Watch there is a high likelihood that she would not have survived the rest of the day.

To track his heart rate in the future and detect potential other problems, Jason Smith’s mother will finally buy an Apple Watch. If many believe that an Apple Watch is not “vital” in everyday life, opinion changes completely after an experience like Jason’s mother had.