Bad News… 20 thousand people will be laid off in Amazon! Daily laborers will also be affected 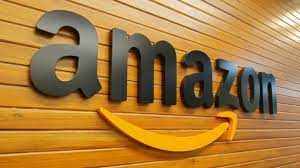 Share
Facebook Twitter LinkedIn Pinterest
Tech News Desk – Amazon is planning to lay off more than 20 thousand employees in the coming time. There were reports that the company would lay off around 10,000 employees. The new report talks about 20 thousand employees. According to the news of Computer World, Amazon is going to lay off in many sectors, including distribution center workers, technology staff as well as many corporate officers. Let me tell you, Amazon CEO Andy Jesse had confirmed a few days ago that the company is preparing to lay off employees in many sectors. But he did not disclose the number of employees. In November last month, The New York Times quoted sources as saying that Amazon was planning to lay off 10,000 employees.

Now reports claim that this number has increased. Amazon plans to lay off people at all levels. It also includes some big posts. According to sources, the company has asked the managers to assess the performance of the employees, so that the company can lay off 20,000 people. The company will show the way out to 6 percent of the corporate staff and about 1.3 percent of the approximately 1.5 million employees. These include daily laborers as well. According to sources, the employees have already been alerted that 24 hours notice and severance pay will be sent to the affected employees. An insider told Computerworld that since the time the company’s employees learned about the news, they have been in a panic. It has not been told in which department the layoffs will take place.