Because of the US, your graphics card will be more expensive in 2023 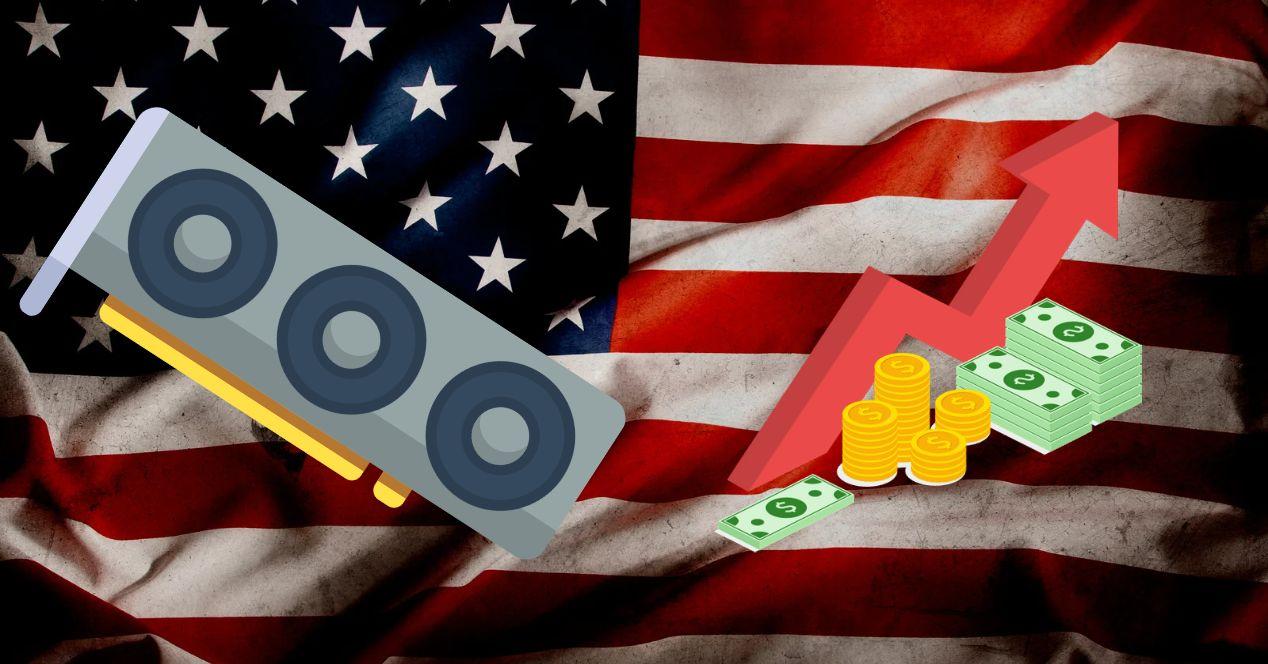 Share
Facebook Twitter LinkedIn Pinterest
The price of computer graphics hardware is through the roof and renewing said component means working overtime or selling a kidney as things are. At the same time, the United States’ import-export policy and its protectionist drive could make it a little more difficult for us to buy a new GPU model for next year. Why will we have more expensive graphics cards in 2023?
After the end of the GPU cryptocurrency mining bubble, we have found that both the price of these has fallen, as well as the fact that their availability has followed the opposite path. This leads to interest in clearing the inventory of the previous generation in order to clear the shelves for the next generation. Especially in more affordable ranges than those that NVIDIA and AMD will launch this year. Well, the models that will appear next year will not only be more expensive due to the increase in manufacturing costs and the increase in the cost of energy, but there is another factor that will force us to pay more for them.
Contents hide
1 Why will we have more expensive graphics cards in 2023?
1.1 The mid-range could have a break

Why will we have more expensive graphics cards in 2023?

The reason for this will be the end of the tax exemption at the end of this year. In principle, this would affect only the United States and specifically to the models that were imported into said country from abroad. It doesn’t just affect graphics cards and it’s one of the reasons TMSC is going to build a chip factory in that country. Initially, for Apple, but do not rule out that NVIDIA or AMD join in the future in the medium term. However, what interests us is the one that is almost present.

Nevertheless, we all know that the price hike will not be localized, but generalized and that we will be the people of other countries who will pay more when buying a new model of GPU for our PC. Of course, this should not affect older models either, but depending on how the manufacturers’ inventory is, there is the possibility of seeing a slight increase in some models in future shipments.


It is because of that we will have more expensive graphics cards in 2023specifically the new models that will be presented at CES, which is in a few weeks, but wait for a rise in those that have already appeared this year. We already tell you from here, if you have a pessimistic prediction regarding prices, be even more so so as not to be disappointed when they are announced. Let’s not forget either that there is the motivation to sell the current models and clear stock definitively.

The mid-range could have a break

We don’t know yet what we’re going to see presented by NVIDIA and AMD at CES, you usually see mid-range models and laptop GPUs during that same event. However, everything indicates that we will see the RTX 4070 Ti for desktop and then the high-end in gaming laptops. So the rest could be delayed in terms of launch. What’s more, the increase in prices due to taxes could ruin the launch of some trimmed models, which would no longer make sense in terms of price and performance.