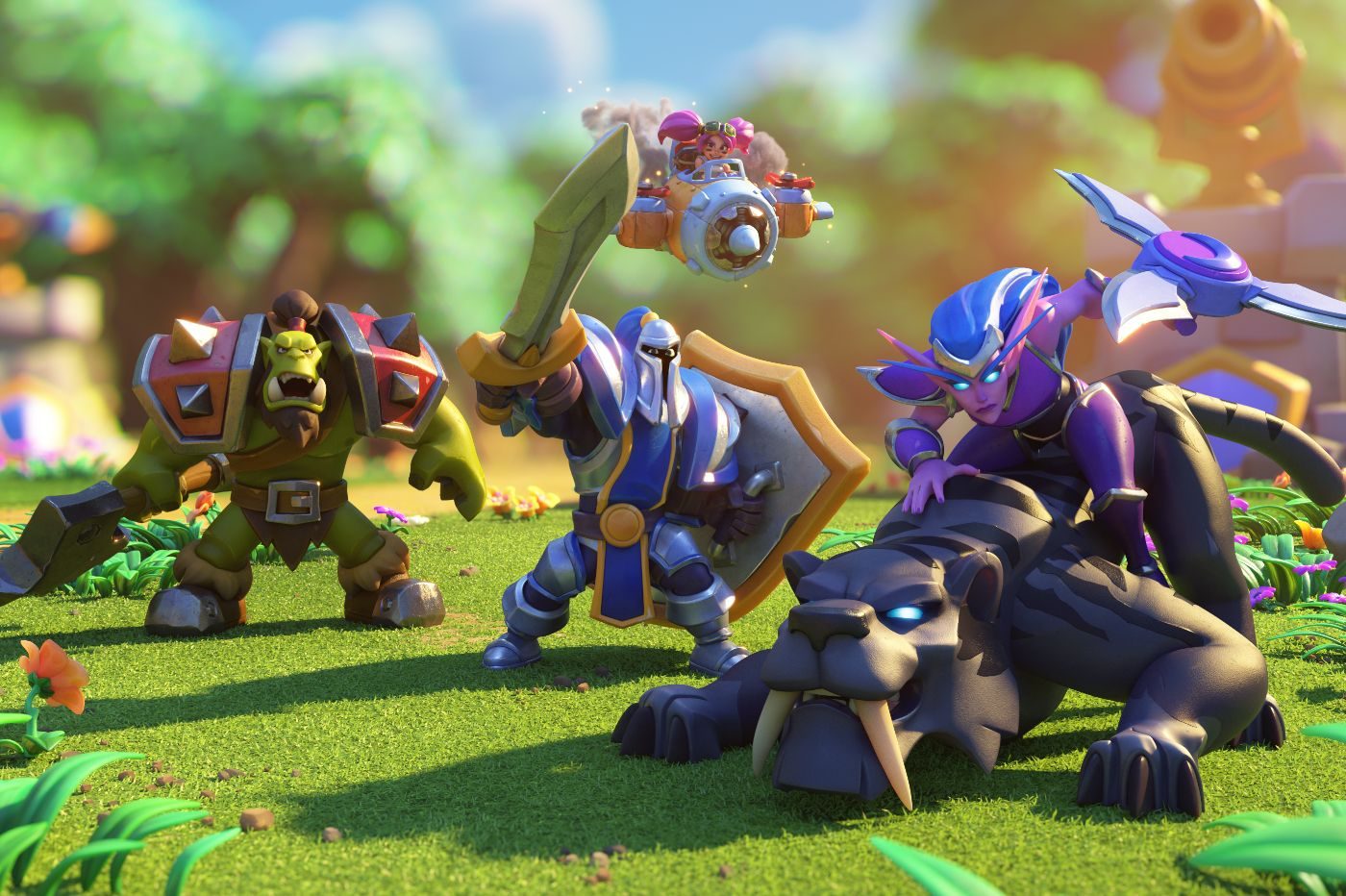 Share
Facebook Twitter LinkedIn Pinterest
While some are impatiently waiting for next month to finally be able to download Diablo Immortal on their smartphone, now Blizzard is formalizing another mobile adaptation of one of its flagship licenses: Warcraft. A mobile version of Warcraft called “Arclight Rumble”, which is defined as “an action-packed mobile strategy game“, created of course exclusively for mobiles.


The mobile version of Warcraft is finally revealed!

Mobile version obliges, this Warcraft Arclight Rumble deviates a little from the original spirit, since the game will offer players here to raise armies made up of the most popular heroes and villains of the franchise, in order to compete in unique missions designed to test their tactical mind. The whole thing adopts a rather unique look, and very (very) close to a Clash Royale.

In total, the game will allow you to collect more than 60 characters from the Warcraft universe in the form of figurines, and to embark on a solo campaign comprising more than 70 missions. The game will also allow you to take part in missions in cooperation with other people, but also of course to test your armies in a competitive mode.

The player will therefore have to (ab)use strategy to design his armies of figurines, which will be led by a “chief“, an iconic character of the saga. Each mission is a real little strategic challenge, and players will obviously receive currency, which will allow them to make in-game purchases. The game will offer its share of in-game purchases, but in order not to offend right away fans, Blizzard has announced that store, content, and pricing information will be available at a later date.

“Warcraft Arclight Rumble delivers the kind of experience we always strive for at Blizzard“said Mike Ybarra, president of Blizzard Entertainment. He adds: “The game is fun from the start, and remains rich and rewarding over time. We’re especially proud to bring an authentic, never-before-seen version of Warcraft to mobile, and we can’t wait for gamers to jump into the joyous mayhem.”

It remains to be seen when this amazing Warcraft Arclight Rumble will be available. Recall that the first Warcraft on PC, subtitled “Orcs and Humans”, was launched in 1994.