broadcast on Twitch with this 4K capture device for 40 euros 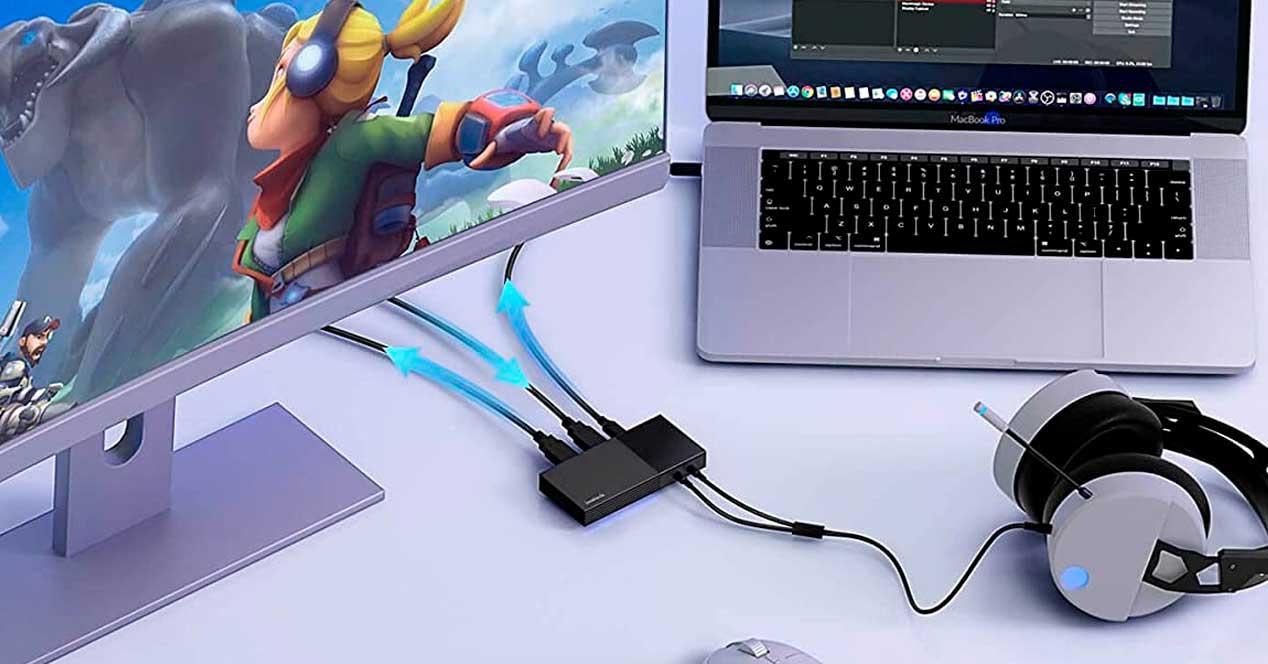 Share
Facebook Twitter LinkedIn Pinterest
If we like the video game, and we want to take the first steps in the world of streaming, one of the components that we will need, yes or yes, is a video capture. This will be in charge of capturing the image of our game and broadcasting it live, or recording it, to be able to transmit it to YouTube, Twitch or other platforms. These capturers, in general, tend to be quite expensive. But if we want to get started in this market, and we don’t want to make a large investment, we have much cheaper options like the offer we bring you today.

From the hand of Inateck comes a video capture device for the perfect entry-level range for all those who do not want to spend a large amount of money on the highest-end capture devices: the VDC1001. This catcher is compatible with any console that can be connected via HDMIbe it a PlayStation, an Xbox, a Nintendo Switch and of course a PC.

This capture device has an HDMI Pass-Through port that allows us to transmit the video directly from the console to the television or screen with resolution up to 4K and 60Hz. When it comes to capturing and recording video, it allows us to record up to 1080p resolution and at 60 fps. Enough for any streaming that takes the first steps.

A good video capture device can easily exceed 250 euros. Even many models, get closer to 400 euros. But this model is different. Its standard price, without offer, is 49.99 euros. In addition, at Amazon, we can apply a discount coupon of 10 euros, keeping the video capture at only 39.99 euros.

How does it work

The connection of the card is very simple. We will connect the console or PC to the «HDMI IN» jack, and the screen (monitor, TV, etc) where we are going to play in «HDMI OUT». The image output is at 4K and at 60 Hz, so we will not have any problems. In addition, thanks to its zero latency system, we won’t have any delay in the image either, something very important to keep in mind.

To record or transmit the game we must connect this card to a computer. For this, we will use the USB type C port that is next to the HDMI. Windows, macOS and Linux should automatically detect the grabber and install the drivers. Once done, we will use a program, like OBS, to start the transmission to the platform we want. Additionally, if we want we can connect headphones and a microphone to be able to listen, and speak, directly from the capture device and further reduce possible delays.

It is true that we can consider this capture as an entry range, being very fair, in every way, for the most demanding players. But, for those who want to give streaming a try, it is more than enough, and the necessary investment to start is within reach of all pockets. Also, although it does not have many ratings on Amazon, most are between 4 and 5 stars, so it certainly does what it promises.

Are you going to make less money on Twitch? Is it time to switch to YouTube?

If you want to make an ordinary TV smart, then order this device quickly, the price is only ₹ 2599

An expert is making use of artificial intelligence to create a movie, in which you can participate