Bye-bye Bird, the blue bird with a Raspberry Pi that sheds a tear every time someone deletes Twitter (video) 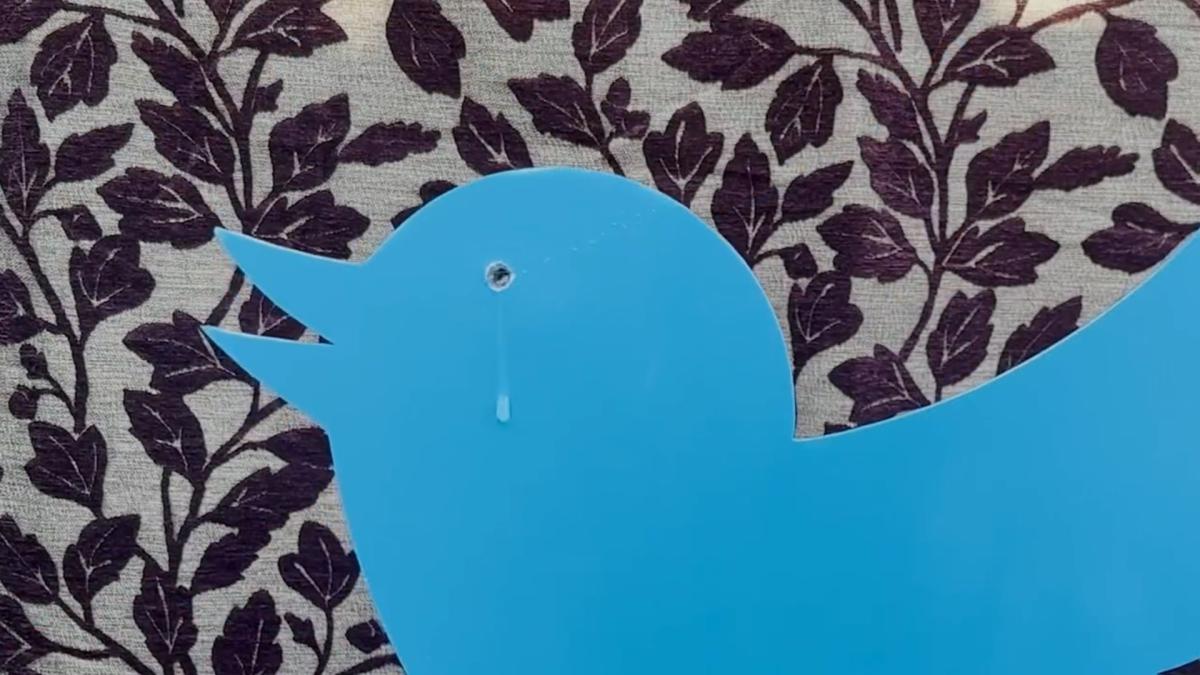 After the entry of Elon Musk in Twitterand the chaos it has caused, many users have decided leave the social network. A tweeter named David Pride has come up with the idea of ​​building bye bye birda blue bird of wood controlled by a Raspberry Pi that shed a tear every time someone leave twitter.

The idea is quite funny, but the most interesting thing is to see how he has built it, and how it works. Surely Elon Musk is not too amused … or yes, because he is very fond of memes.

First of all, he has cut out the blue bird from the logo of Twitter on a sheet of wood, and has painted it blue. A simple marquetry job.

You have connected the Raspberry Pi 4 to a board that is capable of move a button. This board is connected to a tube with water and one syringewhich is the one that will drop the tear through the eye hole.

Since the Raspberry Pi 4 It is also a mini computer capable of connecting to the Internet, what this user has done is connect online to the Twitter APIs. This API, among many other things, allows you to see the hashtags that are moving through the network.

So you’ve just created a little program that tells the Raspberry Pi 4 to release a drop of water from the syringe through the eye of the blue bird of Twittereach time the application sees a tweet with the hashtag #RIPTwitter.

It is a way to do it, although the idea has a weak point: so many people are being erased at the same time, that tears become… a continuous stream of water able to end the drought. You can see it at the end of this video where he shows the entire construction process of Bye Bye Bird:

@Raspberry_Pi All my friends are leaving and this makes me sad. So I made Bye-Bye Bird. Connected to the Twitter API, it sheds a single tear when someone uses the #RIPTwitter hashtag. pic.twitter.com/1JnQBpKIhq

A funny joke that also has a tragic point. Because as David Pride himself comments in the video, the idea came to him when he saw how all his friends were deleted from Twitter.

The consolation of his fans is that Elon Musk he moves like a fish in water in the midst of chaos. After laying off half the staff and leaving another 25%, Musk has been left with a quarter of the employees, who can barely keep the network afloat. With tremendous holes that have allowed things like sharing movies and series for days through tweets.

Politicians, millionaires and trolls: how not to do things on Twitter

And to combat the chaos, more chaos: Musk has signed the mythical rebel hacker George Hotz, aka Geohot, the first to hack the iPhone and PS3, who has offered to work three months free to fix Twitter. A clash of egos with unforeseeable consequences.

bye bye birdthe blue wooden bird controlled by a Raspberry Pi that sheds a tear every time someone leave Twitter, It’s a fun metaphor for what’s happening. We’ll see if Elon Musk is able to float.