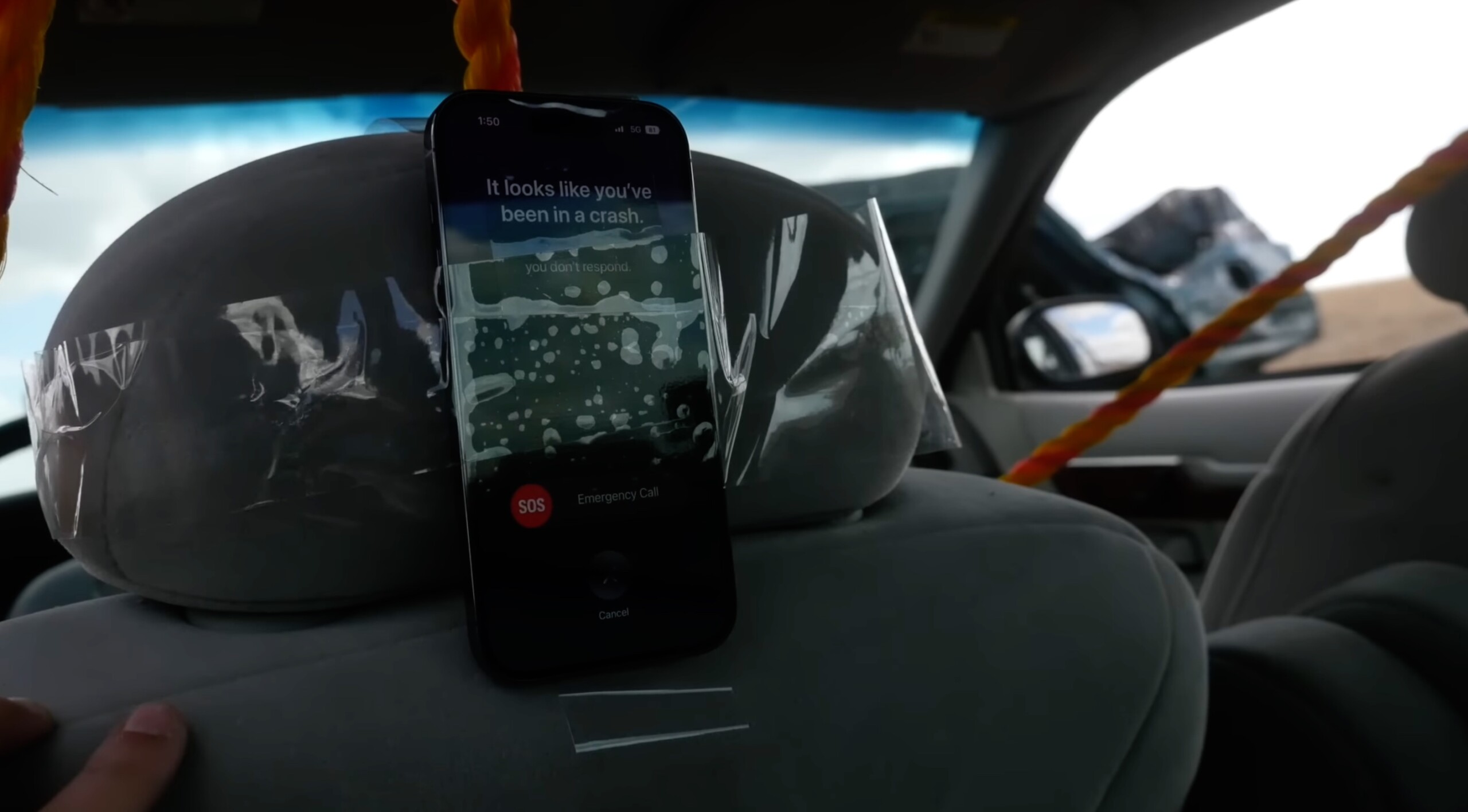 Announced with a certain emphasis by Apple, during its last keynote, the detection of car accidents allowed with the iPhone 14 was tested in (almost) real conditions by a YouTuber.

We mentioned it in our test of the iPhone 14 Pro, the new collision detection function offered by Apple on the latest iPhones was tested by YouTuber TechRax. Carried out in real conditions, or almost, the test makes it possible to observe the operation of this novelty without putting anyone in danger.

For the purposes of the video, the car of crash test has indeed been equipped with a rudimentary device allowing (fortunately) to avoid the presence of a driver behind the wheel. The test was also carried out in the middle of a field, without anyone being placed in the path of the vehicle.

A detection a little more sensitive than expected?

As pointed out 9to5Mac, the video helps us to concretely estimate what type of collision triggers one of the alerts unveiled by Apple during its keynote. The opportunity also to realize that, contrary to what Apple could suggest, a ” serious car accident is not necessarily required for the iPhone 14’s collision detection to be alerted.

If it takes more than a few potholes in the road to activate it, a moderate collision (with or without opening the airbags) may suffice: no need for a gigantic pile-up then, and that’s probably a good thing. We also note that in some cases, the alert takes about ten seconds before being displayed on the screen.

As a reminder, the collision detection function was introduced by Apple during the presentation conference of its iPhone 14. It is only available on the brand’s latest devices, namely the iPhone 14 and 14 Pro, the Apple Watch Series 8, Apple Watch SE 2 and Apple Watch Ultra. This novelty works by taking advantage of algorithms developed by Apple, but also and above all by exploiting new sensors: a new high dynamic range gyroscope, and a new dual-core accelerometer.

” Crash Detection on the iPhone can now detect a serious car accident and automatically call emergency services when a user is unconscious or unable to reach their iPhone “, describes Apple. The brand also specifies that this function is also based on more conventional tools integrated into its new products, such as their barometer (which can now detect changes in pressure in the passenger compartment of a vehicle), their GPS (which provides additional data on gear changes), or even their microphones (to identify the characteristic sounds of an accident).

Volkswagen Taigo price list: this car at this price!