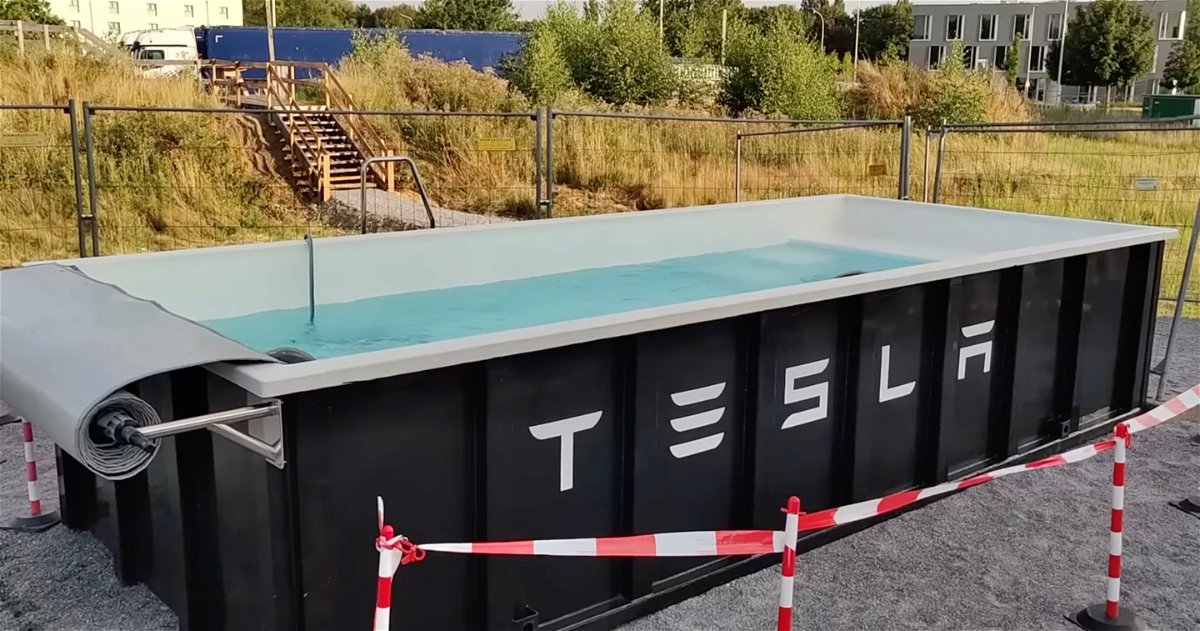 Tesla appears to have started putting swimming pools at its charging stations in Germany, and it may be a spectacular idea to beat the heat.

Over time, many users are opting for abuy an electric car. There are many advantages available to this type of vehicle, although the fact that have to connect them to the electrical current It does not always convince all users, especially when seeing how long it takes to charge an electric car at home and the costs that this entails. It is precisely for this reason that many flock to charging centers.

Among others, Tesla has numerous charging stations for your vehicles and electric cars around the world. And, the most curious thing, is that recently it has been possible find in Germany a swimming pool in one of themsomething that more and more users will appreciate considering the high temperatures.

As we mentioned, it seems that the high temperatures have made Elon Musk’s team reflect. In line with it, at the charging station for electric cars of Tesla in the city of Hilden, Germany, a swimming pool has recently appeared. Users who wish to can wait for their cars to finish charging, refreshing themselves.

The origin of this pool is not entirely clear, but the fact that on the outside you can see the Tesla logo and that the balls inside also show it, makes it quite clear that it has been an official idea of ​​​​the company. Furthermore, it makes perfect sense if we take into account the rising temperatures worldwide after the arrival of summer and heat waves.

According to Tesla Welt Podcastit seems that the pool water is in constant circulation. This means that no residue can remain inside, eliminating possible insects or dirt. Thus, users will not have to worry about this type of problem, and the water from the pool will always be clean so that anyone who wants to can take a bath while their electric vehicle finishes charging.

Furthermore, it seems that the entire circuit would be supplied by 100% renewable electrical energy, coming from a series of solar panels that can be seen in the charging station itself. However, the fact that this pool has only appeared in the city of Hilden, in Germany, it does not make clear if the rest of Tesla charging points will also include a pool coming soon.

This is the curious pool that Tesla has placed in its charging station in Hilden, Germany. Image: Tesla Welt Podcast

In many countries like Spain, users try to charge their electric cars in supermarkets. In this way, it is possible to liven up the waiting time while the recharge is finished. However, in those rural and remote areas where this is not possible, Tesla’s idea of ​​placing swimming pools is great to spend time and cool off in times of heat.

Give these low cost cool gadgets as a gift to your younger sister; smile will come on face