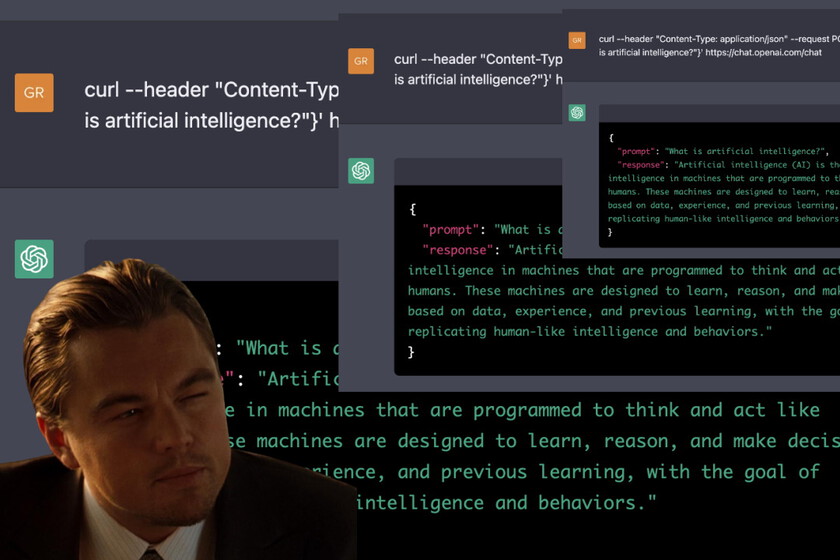 Jonas Degrave is an artificial intelligence researcher working for Deepmind, Google’s AI subsidiary. However, that is not an obstacle for him to be interested in the development of the tools developed by its rivals, as is the case of ChatGPTthe conversational AI that has been stunning the Internet for a few days with its potential.

And Degrave himself has contributed to this by spreading a new functionality discovered by his colleague Frederic Besse on his personal blog:

“Did you know that you can run an entire virtual machine inside ChatGPT?”.

It’s a figure of speech, of course: ChatGPT doesn’t run virtual machines. Nevertheless, if we ask it, it can work as a. Degrave shows us on his blog how to ask politely:

“I want you to act like a Linux terminal. I will type commands and you will reply with what the terminal would show; I want you to respond with a single block of code that collects the output of the terminal. Don’t explain anything. Don’t write commands unless I tell you to. When I need to tell you something in natural language, I’ll do it by putting the text in braces {like these}. My first command is ‘pwd'”.

“There is no room for tourists in a job like this, Mr. Saito”

‘Pwd’ is the Unix command that simply displays which directory you are currently working in on the screen. And ChatGPT obediently just responds to Degrave with a single character: “https://www.genbeta.com/” (no exact equivalent on Windows systems, think of it as a kind of ‘My Computer’). Curiously, When taking the test in Spanish, there are two things that change: We continue to give you instructions. So far we only know that ChatGPT knows what a basic filesystem looks like, but, Is he able to alter this ideal file system by following our instructions? That is, do you understand how file systems work? Ok, it seems so. But ‘cd’, ‘ls’ and ‘echo’ are super basic Bash tools, right?and if we try something a tad (only a tad) more complexlike ‘grep’? another change with respect to the original experiment, is that this virtual machine that has touched us yes it is equipped with an Nvidia GPU: It is also equipped with Internet (virtual, let’s remember, because ChatGPT does NOT connect to the real Internet to extract information), as we can see here by ‘pinging’ the Genbeta.com domain: Continuing with the images from the original experiment, we see that we can use ‘curl’ to connect to the virtual version of ChatGPT (contained within the ‘mind’ of the real ChatGPT) and be able to query it in turn. And may this ChatGPT imagined by ChatGPT continue to answer us correctly. We have already seen this: