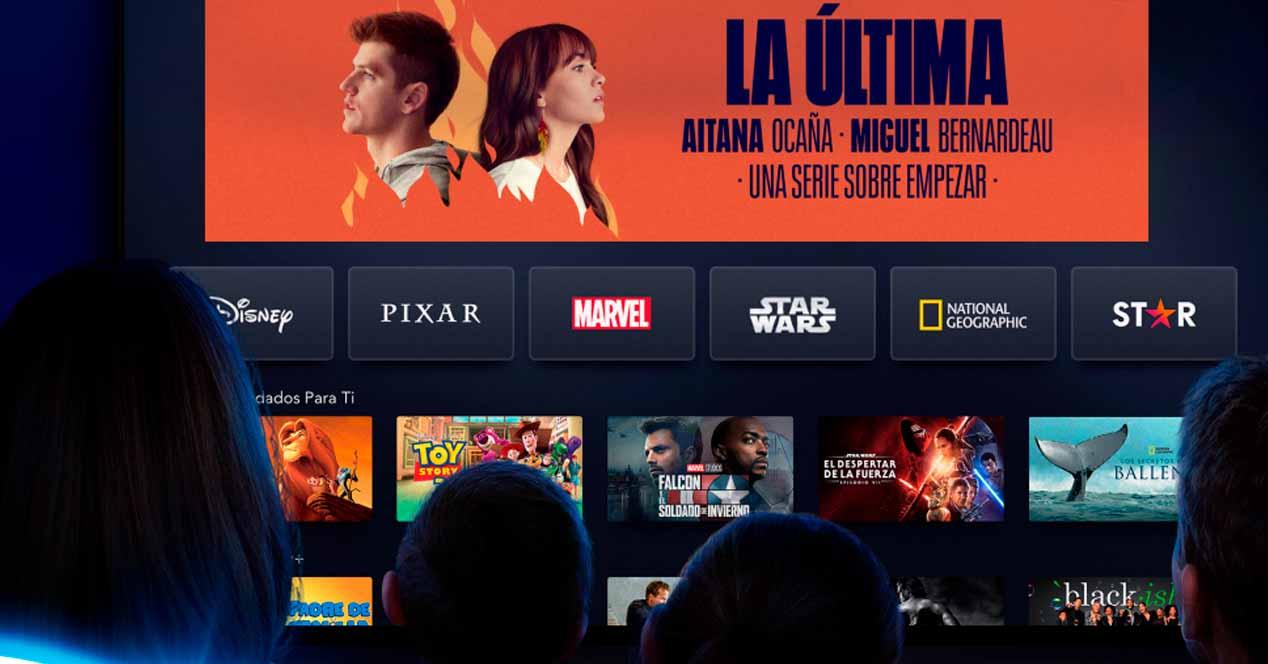 Share
Facebook Twitter LinkedIn Pinterest
multitude of christmas contentbut also a few timeless movies and series to enjoy at any time of the year come to Disney +.
Contents hide
1 Premiere series in December
2 The new Disney+ movies in December 2022
3 A month full of Christmas specials

Couple in real life and couple in this new Disney+ series. Aitana Ocaña and Miguel Bernardeu star in The last, a series that will premiere its full season on December 2, an unusual premiere format at Disney. It tells the stories of Candela, a girl who works in a logistics company while pursuing her dream of becoming a singer, and Diego, an old classmate of hers from her high school who is fighting to be a professional boxer.

Moving to December 14, the new series The Quest: Beyond the Story comes to Disney+. This series of adventures tells the adventures of Jess Valenzuela, whose life is turned upside down when an enigmatic stranger gives him a clue to a centuries-old treasure that could be connected to his long-dead father.


On December 21 you will have available the last chapters of the The Walking Dead season 11C. In this latest installment of the zombie-infested world survival series, we will see a race against time to stay alive and extract those who still live in the Commonwealth before Hornsby can carry out his revenge.

The new Disney+ movies in December 2022

For the little ones in the house, who are starting the holidays soon, from December 2 you will be able to see whenever you want Diary of a Wimpy Kid: Rodrick’s Lawfilm based on the series of books written by writer and cartoonist Jeff Kinney.

Saoirse Ronan and Sam Rockwell star in look how they run, a film that will be added to the streaming platform’s catalog on December 7th. Set in London in the 1950s, it is a puzzling whodunit set in the glamorous and seedy underworld of cinema, investigating a mysterious murder while in danger.

Based on the popular movie saga, Night at the Museum: The Return of Kahmunrah is a new animated adventure in which Kahmunrah escapes with a plan to open the Egyptian underworld and free his Army of the Dead and it will be Nick, the night watchman of the Museum of History, who has to stop the insane governor and save the museum from Once for all. It opens on December 9.

After its passage through cinemas, it arrives Amsterdam to Disney+ on December 28. It is an original romantic adventure about three friends who find themselves embroiled in one of the most shocking undercover plots in American history. It has an exceptional cast headed by Christian Bale, Margot Robbie, John David Washington, Anya Taylor-Joy and Chris Rock.

A month full of Christmas specials

As expected, the Disney Plus catalog will be filled with Christmas series specials that are part of its contents, such as Grey’s Anatomy, That’s the Way We Are, Desperate Housewives, The Golden Girls, What a Claus Family!, Modern Family, New Girl, How I Met Your Mother, Scrubs, Ugly Betty, Caught in the Christmas, Marvel Studios presents Guardians of the Galaxy: Happy Holidays Special, Charming at the Hollywood Bowl and many more.

Especially notable is the premiere of the special of Marvel Studios Presents: Guardians of the Galaxy: Happy Holidays Special, an appetizer until Guardians Vol. 3 and in which, with the mission of making Peter Quill/Star-lord have a Christmas to remember, the Guardians head to Earth in search of the perfect gift. Disney+ will give away this content to its subscribers on December 25.