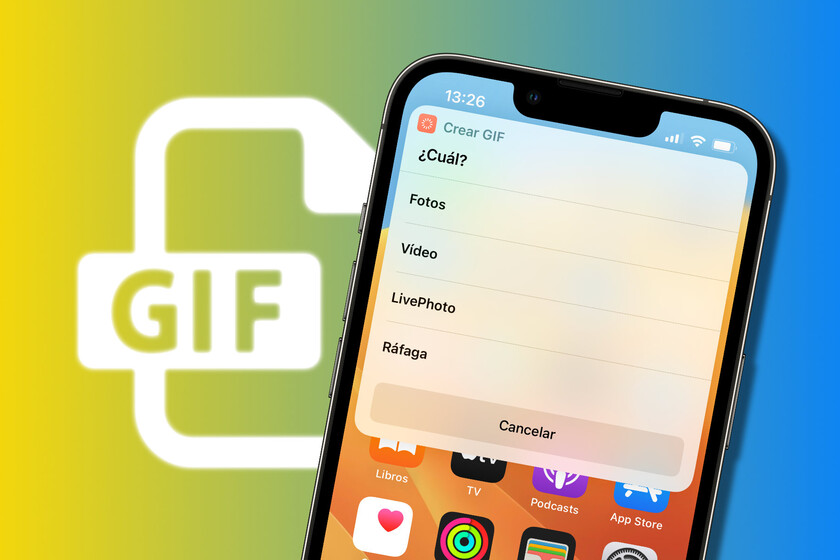 Share
Facebook Twitter LinkedIn Pinterest
There are several ways to create a GIF file from our iPhone. Most of them, however, require the use of a third-party app and, too often, more steps than we might want to take. Fortunately, the Shortcuts app, just as it allows us to remove the background of a photo in iOS 16, comes to allow us to create a GIF from the iPhone in three seconds, or less.


A GIF in three seconds thanks to Shortcuts

There are several elements from which we may want to create a GIF file. we can want put together several photos, use a fragment of a video that we have recorded, convert a LivePhoto to GIF or join the different images of a burst in rapid succession.

Faced with this variety of options, as I have already said, I decided to create a shortcut that can with all of them. We can download this shortcut directly from the link to add it to our library. It also works in the same way regardless of whether we use it on the iPhone, iPad and Mac.

We just have to run it so that it offers us to select between the different input sources that we have just commented on. Then it will present us with exactly the content that we have at our disposal depending on what we have chosen and after confirming the selection, it will generate the GIF. Once here, all we have to do is touch the Share button to send it to any app or to the Photos app itself to save it.

The versatility of the Shortcuts app is really interesting. Of course we could go to online services to carry out the conversion, or get an app (too many of them with ads), and maybe only for iPhone and iPad and not for Mac. But this shortcut will allow us generate it directly on all our devicesand in less than three seconds.