customizing google bar is now easier than ever 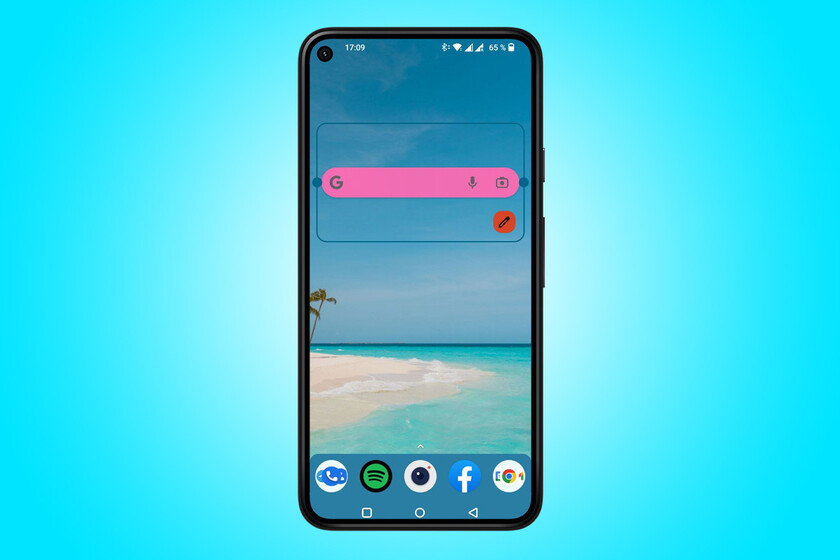 Share
Facebook Twitter LinkedIn Pinterest
The Google search widget has been customizable with colors, shapes and different styles for the logo for no less than five years, although you may not have heard about it until now, because something was hidden. That just changed with the latest version of the Google app.

The Google app now adopts the Android 12 widget settings button, a standard and universal way to access the settings of any widget when we just put it on the screen or are resizing it. It is shown as a button on a pencil.

Some widgets have additional configuration and others don’t. In which you can adjust its options, it can be a bit confusing to know how to do it, because until Android 12 there was no standard mode: it could be hidden in the official application or perhaps it could be a small button on the widget itself.

The official Google Toolbar Finder Widget is an example of a widget with additional settings, in this case used to customize its appearance. The way that widget implemented its settings was via a context menu, but now it adopts the standard Android 12 button and higher versions.

You will find this button when the widget is in resize mode, like the button on a pencil. This happens both when you put the widget for the first time, and when you keep your finger pressed on it to change its size. It is shown with a pencil icon.

The customization options are the same as we already knew, being able to change the Google logo, the shape of the barthe transparency of it and, of course, the color: light, monochrome, dark or the color you want, pink included.