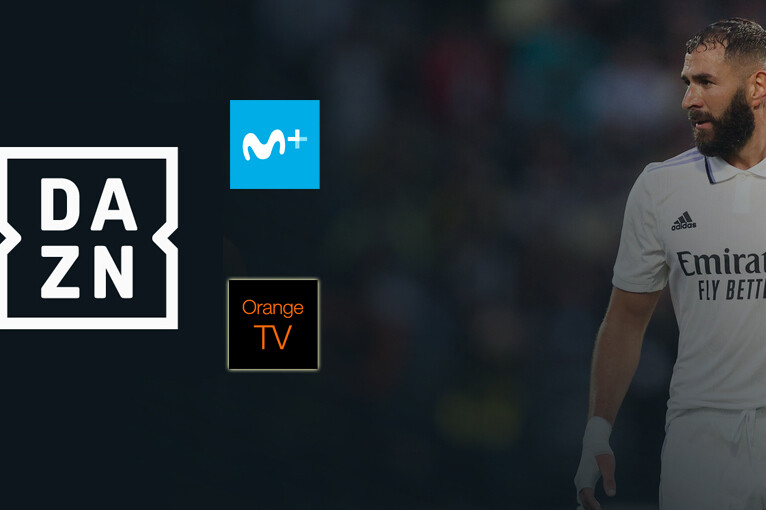 Share
Facebook Twitter LinkedIn Pinterest
As we already know, the auction of the rights to LaLiga Santander ended last December with two winners: DAZN and Movistar. To continue offering all football to their customers, both Orange and Movistar reached agreements with DAZN that allowed them to integrate DAZN LaLiga in their platforms of TV.

Those agreements, however, had an important small print: to watch DAZN games away from home, customers of both operators would have to use the DAZN app. But the first day came, there were problems in the DAZN app and the solution was Temporarily “open” the DAZN LaLiga channel in the apps of Movistar Plus + and Orange TV. But for the peace of mind of the fans, it will continue like this on the ninth day, that of the first Clásico of the season.


Everything remains the same… for now

For the next five seasons, Movistar and DAZN are going to share LaLiga Santander in the following way: each one broadcasts five matches of each day, except for three exclusive days that will be provided entirely by the operator. It was also established that the Classic of the first round DAZN would broadcast it and the second round would be offered by Movistar.

Well, the first Clásico of the 2022/2023 season is here: Madrid and Barça will meet next Sunday, October 16 at 4:15 p.m. at the Santiago Bernabéu. As we said, this match is for DAZN to broadcast, so you can enjoy it all DAZN LaLiga and DAZN Total subscribers (Not the DAZN Essentials).

Thanks to Movistar and Orange’s agreements with DAZN, customers of both operators who have contracted a rate with football can watch the DAZN LaLiga channel

In addition, thanks to the agreements that Movistar and Orange reached with DAZN, customers of both operators who have contracted a rate with football can watch the DAZN LaLiga channel from its decoders. In principle, to watch it on a device away from home, the DAZN app would be necessary, but the technical problems of the first day meant that, since then, the DAZN LaLiga channel has also been available on the Movistar Plus+ and Orange TV apps.

When that solution was enabled, it was said that it would be temporary, but the truth is that eight days have passed and we continue to watch the DAZN LaLiga channel in the Movistar Plus+ and Orange TV apps. And don’t worry, DAZN has confirmed that it will continue like this on matchday nine, this weekend, the Madrid-Barça match. How long more? It is not known. We have asked the two operators and DAZN, and neither will tell us.